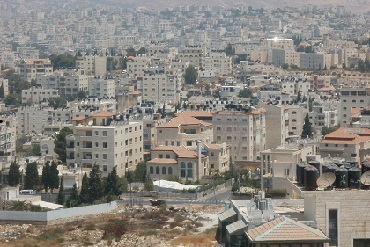 David. Weinberg, who moved to Israel from Toronto and directs the Israel office of the Center for Israel and Jewish Affairs has written a good article in Yisrael Hayom, the daily paper sponsored by Sheldon Adelson which is the paper read by most Israelis.

Weinberg lists a number of bubbles that have been burst by this latest conflict in an article which you can read here http://www.israelhayom.com/site/newsletter_opinion.php?id=2907.

I want to focus on two bubbles that have been burst, listed by Weinberg.

The notion that once Israel gives up territory it can with the world’s blessing go back and dismantle a terror state, as Ariel Sharon suggested in 2005, is bogus. As Weinberg says:

“Remember Prime Minister Ariel Sharon’s Gaza disengagement bravado? “If they use Gaza as a launching pad for terrorism after Israel withdraws, Israel will respond with no holds barred and have international legitimacy for doing so,” he said, or something to that effect.

“Poppycock. The New York Times has given us sanction to bomb Hamas’ “empty training sites” (yes, that’s what a Times editorial actually suggested), and the world community is letting us get away with a few days of pinpoint terrorist targeting. But we have no international sanction for truly disarming the Palestinians, bunker by bunker. We have no international legitimacy for clobbering or dismantling the Iranian-backed terrorist state that has been established on our southern border.”
The next bubble burst that Weinberg lists is that “there can and will be something called a “demilitarized Palestinian state.” As he says:
“Alas, this is nonsense. The Gaza experience has shown that if given a state (or in the case of the Hamas, when they grab a state), the Palestinians inevitably develop their own foreign and defense relationships and arm their state to the teeth. All international guarantees and so-called “security arrangements” to the contrary come to naught. Nobody has stopped Gaza from becoming a client state of Iran and part of the Iranian army. Nobody has prevented Hamas from developing strategic partnerships with the radical Islamic governments of Egypt and Turkey.”
I think Weinberg is correct and that after this conflict it will become increasingly less likely that the Israeli public will buy into the notion that any state given to Palestinians in the West Bank, let alone Gaza, will actually be “demilitarized.” My own view is that Abbas does not have the ability to make the needed compromises for a peace agreement. Even if he personally did want to make these compromises (and I have my doubts about this), the Palestinian street is too radicalized, and Abbas is too weak to overcome that. Palestinian media and television under Abbas has never done anything to educate the people towards necessary compromise. Therefore, even if somehow or other Abbas made a deal and got a state, it is likely that Hamas would take that state over–(Palestinians will turn to Hamas not only because they have not been educated for real compromise on issues such as the right of return, but also because an unreformed Fatah is considered by Palestinians to be totally corrupt.).
While most western media was focusing on the he American elections, not too many focused on the recent municipal elections in the West Bank, the results of which were considered a definite setback for Abbas. Hamas boycotted the elections, but even so Abbas’s Fatah list lost in many places. Fatah won local council majorities in six towns, but lost in five others. In four of the towns where Fatah lost, including Ramallah, the seat of Abbas’ government, voters preferred independent lists dominated by Fatah breakaways. In a fifth, biblical Bethlehem, never a Fatah stronghold, leftists and independents won.)
In short, in my view it’s more likely that Hamas will take over Fatah than the other way around, especially given the trends in the Arab spring. So how could Israelis possibly believe in deep in their guts that a state of Palestine will be permanently demilitarized. Which of Israel’s neighbor’s will stop the West Bank from being militarized? Jordan? ( King Abdullah is fighting for his throne and could himself lose it to the Moslem Brotherhood when this is all over), Syria -pre-or post Assad? Egypt governed by the Moslem Brotherhood?.
What about the US ? Will they stop a Palestinian state in the West Bank from being militarized, when they haven’t been able to do so in Gaza? So far, the US has not proven that they can stop Iran from going nuclear.

On a further note, Guy Bechor in YNET says that it would be a mistake to assume that a Palestiian state wouldn’t lead to some changes on th eground in the West Bank http://www.ynetnews.com/articles/0,7340,L-4304544,00.html ] making it all the more likely to be militarized. As Bechor writes:

“A sovereign Palestinian state will immediately absorb 700,000 Palestinians who are living in terrible conditions in Syria, another 750,000 Palestinians who currently live in Lebanon and hundreds of thousands of others who will flock to the new state from all over, because to them the West Bank and Israel are America – just ask the African infiltrators.

“In other words, in the near future we may see hundreds of thousands of Palestinians settling in the West Bank. Some of them are among the most dangerous people in the Middle East : Salafis, members of armed Syrian and Lebanese militias, as well as members of various jihadi groups. They will settle in places that overlook Haifa, Tel Aviv, Ben Gurion Airport and Jerusalem. The demographic balance in this region will be changed forever. Our lives will become a Syrian-style nightmare.”