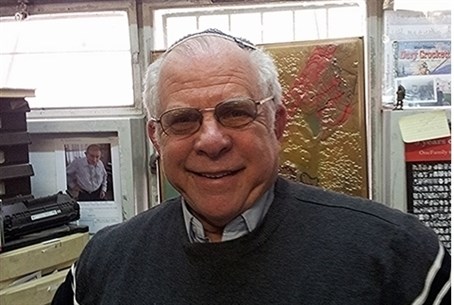 David Bedein, a mild-mannered social worker by training, was once described by former prime minister Yitzchak Rabin as “the biggest pain in the tuchess” for sabotaging the peace process by telling Washington the truth about Yasser Arafat’s intentions. David took this as a nice compliment.

After years working as a social worker and community advocate in the northern city of Tzfat, David moved his family to Efrat and embarked on a new career. He began the Israel Resource News Agency just a week before the breakout of the first Arab Intifada, essentially being the only pro-Israel news agency in a neighborhood which was predominantly pro-Arab.

Fearless as an investigative journalist must be, David has exposed to the world a myriad of inconsistencies, untruths, and facts unmentioned by the rest of the media. One of David’s scoops involves the fact that to this day, nearly 20 years since the signing of the Oslo Accords, the Palestinian Authority has never ratified the agreements, nor changed their charter.

Another scoop involves the Palestinian Authority school system and the Pope. David acquired copies of all the Palestinian school books (and this is a story in itself involving a trip to Ramallah, a meeting with a man named Abu Humous, and a letter stating that he is an associate of Arafat). The Israeli Minister of Education was not interested in looking at them. But the local Papal representative called David and asked for copies. The books were translated by the Roman Catholic Church’s Israeli representative, and the Pope determined that the PA schools were teaching for war, not for peace. David’s journalistic scoop made it to media all around Europe and the US, at which point the Israeli government could no longer ignore the story. David uses his skills as a social worker to show the human face behind the headlines, on both sides of the stone barriers. He serves as a media “watch-puppy” and is guided by integrity and a passion for telling it like it is. His activities read like a fast-paced novel. Don’t miss the rest of his stories.