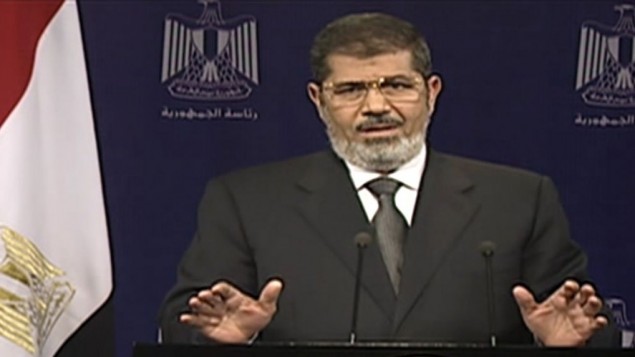 As the Arab Spring moves via the Islamist Winter into the Unpredictable Summer, six thoughts on the ouster of Egypt’s president and its possible repercussions. 1. Elections do not equal democracy

In case anyone needed reminding, true democracy involves a great deal more than elections, even relatively free elections like those that brought Mohammed Morsi to power. A genuine, thriving, stable democracy requires the protection of a range of rights and freedoms, not just a one-time opportunity to cast a ballot. These include freedom to vote your conscience without fear of the consequences, true freedom to speak your mind, access to diverse and uncensored media, minority rights under majority rule, freedom of religion and of assembly, and a great deal more.

Egypt had hardly begun the process of transition to such an era, and Morsi did not accept many of democracy’s imperatives. Now this vast, failing country is back to square one, with the nondemocratic ouster of an undemocratic, elected president.

It is striking, however, that the world power best qualified – in terms of its influence, its financial clout, and its moral standing – to at least try to signal a path that would lead to long-term democracy has become so marginal to what began as the Arab Spring. The United States chose not to support the brief, brave push for freedom in Iran in 2009; it has tried to keep out of the ongoing slaughter in Syria; it opted to encourage the ouster of Hosni Mubarak in 2011 and sought to delude itself about the anti-democratic, Islamist nature of the Muslim Brotherhood. And it appears simply to have thrown up its hands in self-assumed impotence at the events of the last few days, sending incoherent messages that few are even bothering to try to interpret.

It makes for a sorry coincidence, at a time when the United States is rightly celebrating its own independence, that it today seems so hesitant in helping those who seek to chart the complex course to similar freedom in the Arab world.

The Israel-Hamas ceasefire that concluded last November’s Operation Pillar of Defense was brokered by Egyptian foreign minister Kamel Amr. Amr tendered his resignation to president Morsi earlier this week. Now Morsi has gone too, and with him, for now, his Islamist regime. The Islamist Hamas, by contrast, is very much here, in charge, running Gaza. Morsi, the duly elected president of Egypt, was overthrown in good part because of the will and guts of the Egyptian people. What does it say about the will and guts of the Palestinians in Gaza that Hamas, which took control in a violent coup against an elected Palestinian president, still so firmly retains its hold?

Mohammed Morsi is an anti-Semite who, before the West was looking at him closely, publicly castigated Israelis as “these blood-suckers, who attack the Palestinians, these warmongers, the descendants of apes and pigs” and said, of Jews, “They have been fanning the flames of civil strife wherever they were throughout history.” So entrenched is his anti-Semitism that even in meetings, as president, with American politicians whom he had every interest in cultivating, he proved unable to restrain himself from issuing utterances so viciously hostile to Jews, I am told on excellent authority, that his polite US guests came close to walking out on him. And Morsi (who restored Egypt’s ambassador to Israel), it is widely and credibly asserted, is far from the most extreme voice when it comes to the leadership ranks of the Brotherhood.

Morsi’s ouster notwithstanding, the Muslim Brotherhood in Egypt is anything but finished. It mustered the support of half the country in elections, and retains the support of a goodly proportion of those voters. Nobody should be laboring under the delusion that widespread Islamist-led incitement against Israel is likely to recede with Morsi’s departure.

While the Brotherhood strategizes on how to respond to the coup against its president – violent opposition, or a more gracious approach that could yet enable it to regain the leadership – the fear is that Egypt will now be torn between Islamist forces on the one hand, and a revived, nationalist, neo-Nasserist mentality. Neither of these camps, needless to say, is well-disposed to Israel. Strikingly, indeed, it is the Egyptian army that has maintained what Israeli security officials openly acknowledge is a well-coordinated relationship with Israel, even over the past year of the Morsi government. The hope in Israel is that this quietly effective relationship can be preserved, and the army’s legitimacy maintained in the eyes of the Egyptian masses, even as Egypt again finds itself plunged into revolutionary crisis.

6. Appointing the man who brought him down

Iran’s Islamists cemented their hold on power after ousting the shah by taking firm control of the armed forces. In Turkey, Recep Tayyip Erdogan has long been engaged in a similar process, ousting and jailing generals, and replacing them with loyalists or intimidated nonentities. If Mohammad Morsi now finds himself with time on his hands for reflection, he might consider that one of his less astute moves was his appointment as military chief, just 10 months ago, of one Abdel-Fattah el-Sissi.