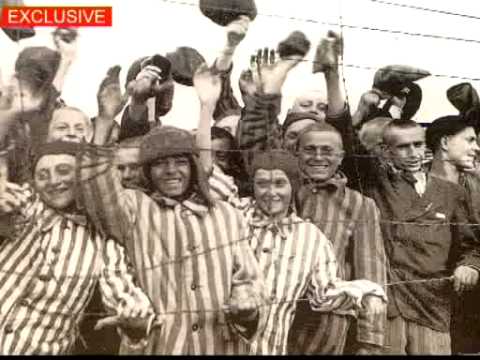 In an interview of Dr. Clint Curle by Dr. Catherine Chatterley of the Canadian Institute for the Study of Antisemitism published on this website, Dr. Curle wrote that “The CMHR has chosen not to include material on the establishment of the State of Israel in the Holocaust gallery. The Holocaust gallery is not intended to be an exhaustive or comprehensive treatment of every aspect and result of this genocide.”

This statement was part of the answer Curle gave in response to Dr. Chatterley’s question “How will the need for refuge during and after the Shoah, and the necessity to re-establish a Jewish homeland, be conveyed to the Canadian public in the Holocaust gallery?”

As a result of Dr. Curle’s statement above the Winnipeg Jewish Review wrote to the CMHR with the following questions:

1. Will there be any mention anywhere in the Holocaust Gallery that 2/3 of the Jewish Displaced Persons after the Holocaust made their way to Israel?

2. There is a very well- known and moving audio of Bergen Belson survivors who sing Hatikvah when they are liberated form the camp. Based on your answer above, would this audio not be something that could be included in the CMHR exhibit in the Holocaust Gallery as it falls outside of your parameters?

3. Based on your answer above, am I correct in assuming that photos of Holocaust survivors landing on the shores of mandatory Palestine and later Israel (which are included in Yad Vashem and the U.S. Holocaust Museum in Washington, for example) will not be included anywhere in the Holocaust gallery ?

4. Will the need for refuge after the Shoah be something that is included in any way when the CMHR puts on a temporary exhibit relating to the Arab-Israeli conflict?

“In response to your questions:

This gallery is focused on the questions of how and why the Holocaust could occur, and the relevance of those insights for everyone today. Decisions about particular images, stories, and examples are guided by the over-arching objectives of the gallery (which Dr. Curle attempted to describe in his interview with Dr. Chatterley), by the visitor experience we are trying to create, and by the messages we are trying to convey to our visitors, which are:

– even in the most developed societies, human rights are fragile.

– ongoing vigilance today against anti-Semitism, racism and other oppressive attitudes is essential.

While there are many elements and examples that could be used as part of this gallery, there are no plans at present to include the suggestions you have put forward.”

Last month, I wrote to the CMHR with an additional question as follows regarding the Holocaust:

“I have done an interview with Ephraim Zuroff, director of the Simon Wiesenthal Centre in Jerusalem and Holocaust historian who noted that one of the unique aspects of the Holocaust as a genocide was the fact that unlike other genocides it was never a serious option for the Jewish refugees after the Holocaust to return to the cities where they lived before the war. It wasn’t an option of the Jewish survivors to go back to their homes in Germany or Poland.” (in fact some who did try in Poland for example, were killed).

My question is whether the CMHR agrees with Zuroff that this was one of the unique aspects of the Holocaust as a genocide–that the victims couldn’t be expected to go back to their old homes/cities as this was not a serious option.

Fitzhenry for the CMHR answered as follows:

“In response to your question, the topic of Second World War refugees is part of the museum’s exploration of the creation of the United Nation’s Refugee Convention in our “Hope and Hard Work” gallery. This convention was an important milestone in the evolution of international human rights. As we mentioned before, this issue is not one of those that is covered in inaugural content for the “Examining the Holocaust” Gallery.

Editor’s note: Based on the answer above I am still unclear as to whether the CMHR agrees with Zuroff’s position (and that of many other Holocaust scholars) that one of the unique aspects of the Holocaust as a genocide was that the Jewish survivors couldn’t be expected to go back to their old homes/cities. The point I think could be an important one. Zuroff has an undergraduate degree in history (with honors) from Yeshiva University and obtained an M.A. degree in Holocaust studies at the Institute of Contemporary Jewry of the Hebrew University where he also completed his Ph.D. As he said in an interview with the WJR, “It wasn’t an option of the Jewish survivors to go back to their homes in Germany or Poland. To suggest it was would be to adopt the Palestinian narrative of the Israeli-Palestinian conflict.”

Moreover, based on the above answers from the CMHR, it sounds like Jewish refugees are not dealt with, either in the Holocaust gallery or in the postwar gallery (just the refugee convention is dealt with–there are millions of refugees during and after WWII in Europe). The following is the rare and moving footage shown on BBC dated April 20, 1945 of Jewish inmates at Bergen Belson singing Hatikvah, referred to in the WJR’s question 2 which will not be included in the CMHR: