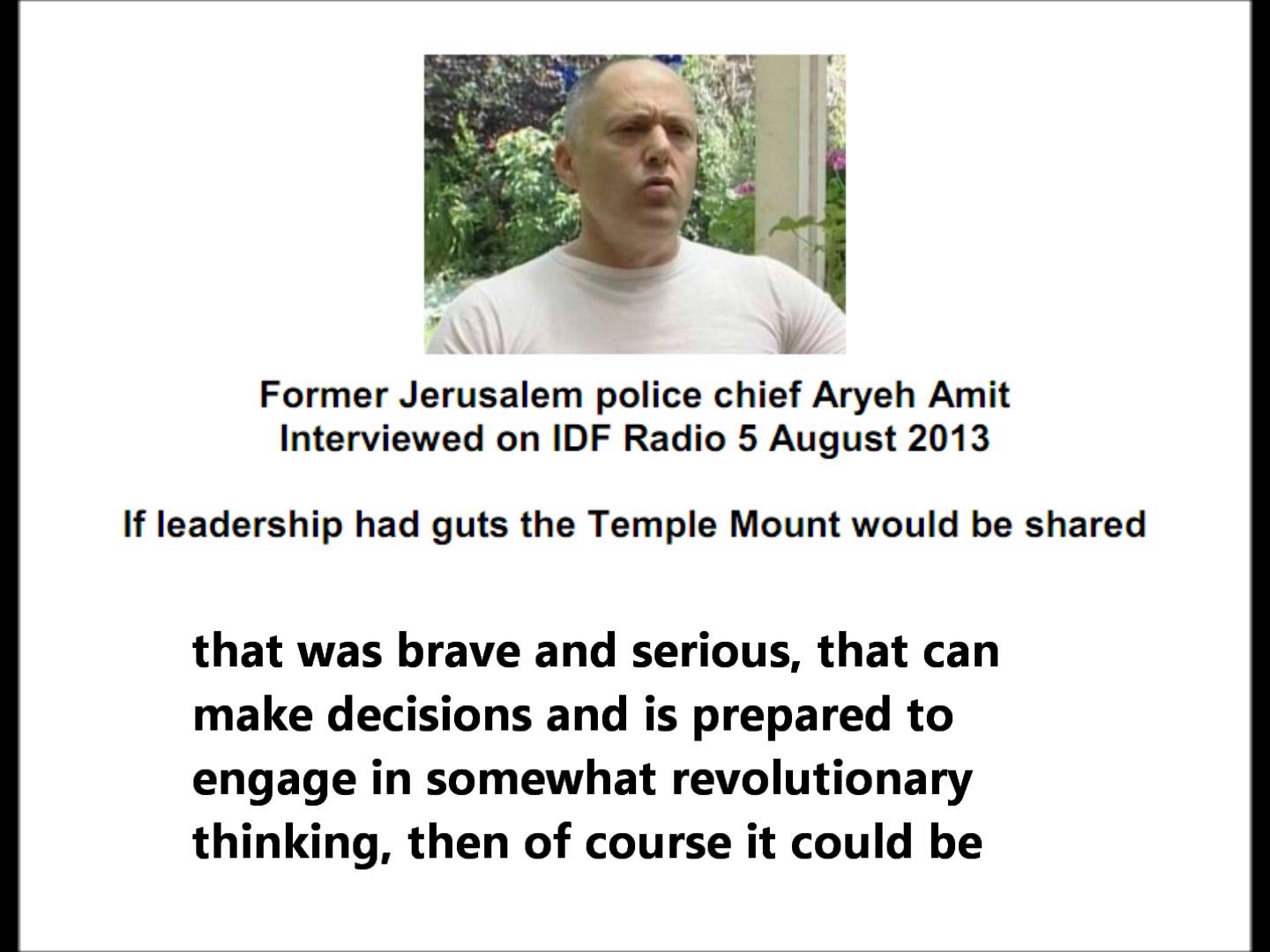 Program host Razi Barkai: With an area of 144 dunam, in contrast to the very small area of the Western Wall Plaza, where it is be possible to make a reasonable separation between men and women, isn’t it possible to divide the area up there (Temple Mount)?

Former Jerusalem police chief Aryeh Amit: Razi – if the situation was normal and if the two sides – both on the Arab side and the Israeli side – there was a leadership that was brave and serious, that can make decisions and is prepared to engage in somewhat revolutionary thinking, then of course it could be.

More than that. Above Solomon’s Stables – where years ago a huge mosque was built underground, it is possible to build a synagogue. But that would be if the situation was normal and there was someone to talk to.

But when you have leaders on both sides who are timid – they don’t have the guts to make any significant changes – they only want quiet so that they can go to sleep and make sure that the day passed quietly – there’s nothing to talk about.