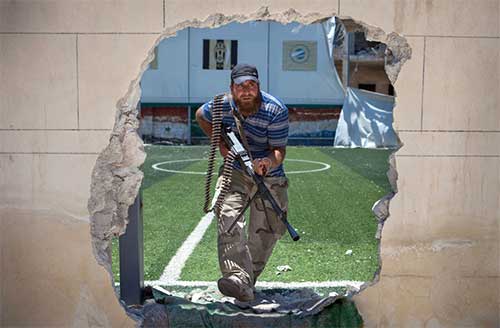 According to the Associated Press, two and a half years into Syria’s civil war, the once highly-centralized authoritarian state has effectively split into three distinct parts, each boasting its own flags, security agencies and judicial system. The regime of President Bashar Al Assad retains control of a corridor running from north to south along the Mediterranean shore, while large sections of Syria’s interior and southwest remain in rebel hands, and Syrian Kurds control the northeast. The dividing lines remain very fluid, as regime and rebel forces have traded advances and attacks for months now. While foreign aid to both rebels and Assad’s forces is on the rise, and diplomatic efforts toward peace start and stop, the U.N. now estimates that more than 100,000 Syrians have died in the conflict, with millions more forced to flee to neighboring states.