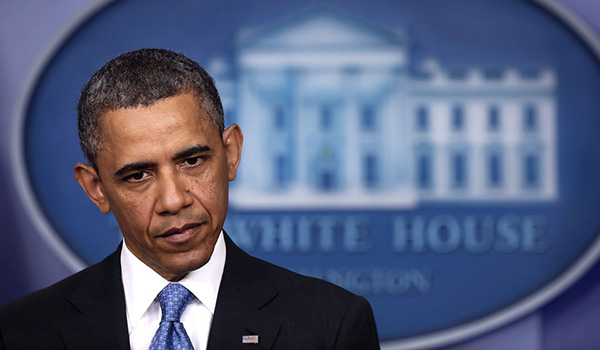 As it becomes increasingly obvious that President Obama has decided to attack Syria with cruise missiles and perhaps a bit more, those of us who have been urging a stronger stand on Syria for two years should be very pleased. This is what we’ve asked for, isn’t it?

It isn’t, and I can’t muster more than one or one and a half cheers. Why not?

Two things have been notable about the Syrian civil war. First, real American security interests are at stake in Syria and have been from the start. Iran and the terrorist group Hezbollah, which together have an enormous amount of American blood on their hands, have sent troops to Syria to win a war there. Russia has provided a constant flow of arms to the regime. They all consider their control of Syria important, and they are right: If they lose the control they have through Bashar Assad, their position in the entire Middle East is badly weakened – and ours is strengthened. This is a proxy war, with them on one side, and American allies – Jordan, Israel, Turkey, Saudi Arabia, and the UAE – on the other. It is in the interest of the United States to win this fight, and we should want Iran, Hezbollah, and Russia to lose.

Second, there is a growing humanitarian disaster: 100,000 dead at a minimum, plus millions of refugees and displaced persons. The suffering has already spilled over into Jordan and Lebanon, with more to come.

The problem with the Obama administration’s probable reaction over the next few days is that it appears likely to address neither of these issues, and instead focus narrowly on another: Assad’s use of chemical weapons. The international taboo on such weapons should be upheld, and it is reasonable to punish Assad for his action – thereby deterring him and others in the future from using poison gas. Such an action also avoids any further humiliation of the United States with regard to the red line the president drew (and then ignored, of course, until the latest, largest, and most blatant episode).

But there are 100,000 or more dead, and that is ignored if our strikes focus narrowly on the chemical-weapons infrastructure. Most were killed by bullets or artillery; are we content to watch another 100,000 killed the same way? One need not be a supporter of the “responsibility to protect” doctrine to wonder if mass killing in this strategically important region should elicit zero response from the United States while a use of chemical weapons that kills 1,000 people elicits a military intervention.

But what about our strategic interests? If our strikes are limited to Assad’s chemical-weapons assets, we leave his war machine intact – including the air power that is one of his main advantages. We make it no less likely that our enemies – Russia, Iran, Hezbollah, Assad – will win this proxy war and greatly strengthen their position in the Middle East – preserving Iran’s only ally in the region, which affords them ports in the Mediterranean and a border with Israel (via Hezbollah in Lebanon).

I’ve been in Israel this week, and found universal the sense that America is receding in the region – and seeking to recede. I know from previous travel, and many conversations with Arab leaders, that our Arab friends in the Gulf share this view. A couple dozen cruise missiles landing on chemical-weapons warehouses will not change that perception, and indeed will raise questions about our odd priorities on both the humanitarian and strategic levels.

So I give the administration some credit: It would be far worse to do nothing and prove that we have no credibility and need not be feared under any circumstances whatsoever. But the Russians and Iranians and their terrorist allies will not be defeated unless we show greater determination and greater willingness to act. For a start, the Obama administration should destroy not only Assad’s chemical stocks but his air power as well – bases, helicopters, jets. That would be the way to show American power in the Middle East is still to be reckoned with, to instill fear in our enemies, and to hearten our allies.

– Elliott Abrams is senior fellow for Middle Eastern studies at the Council on Foreign Relations.