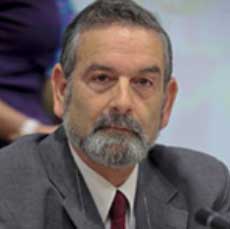 A presentation by Dr. Arnon Groiss, examining problematic aspects of UNRWA curricula followed by a screening of a short documentary film exposing the realities of UNRWA of summer camps. Dr. Arnon Groiss served as Director of Research for the Institute for Monitoring Peace and Cultural Tolerance in School Education (IMPACT-SE, formerly the Center for Monitoring the Impact of Peace – CMIP) where he conducted research between the years 2000-2010 and authored a dozen reports on the attitude to the “other” and to issues of peace and war in schoolbooks or the Palestinian Authority, Egypt, Syria, Saudi Arabia, Tunisia and Iran (the reports can be found on www.impact-se.org ). An article concluding his ten-year research of this subject was published last year: “Delegitimization of Israel in Palestinian Authority Schoolbooks” (Israel Affairs, Vol. 18 (2012), Issue 3, pp. 455-484.) In that article he compares the PA schoolbooks to those of other Arab and Middle Eastern nations, including Israeli ones. In light of his experience in this field, Dr. Groiss was appointed as member of the Scientific Advisory Panel of the Israeli-Palestinian schoolbook research project commissioned by the Council of Religious Institutions of the Holy Land (CRIHL), a body incorporating the heads of the main Christian churches in Jerusalem, the Israeli Chief Rabbinate and the PA Ministry of the Endowment and Religious Affairs. Dr. Groiss is an Arabic-language journalist by profession and had various positions at Israel’s Arabic Radio during the last 40 years. He is a graduate of the Hebrew University’s Departments of History of the Islamic Countries and Arabic Language and Literature and received his MA and Ph.D. degrees from Princeton University’s Department of Near Eastern Studies. He also holds an MPA degree from Harvard University’s J. F. Kennedy School of Government.