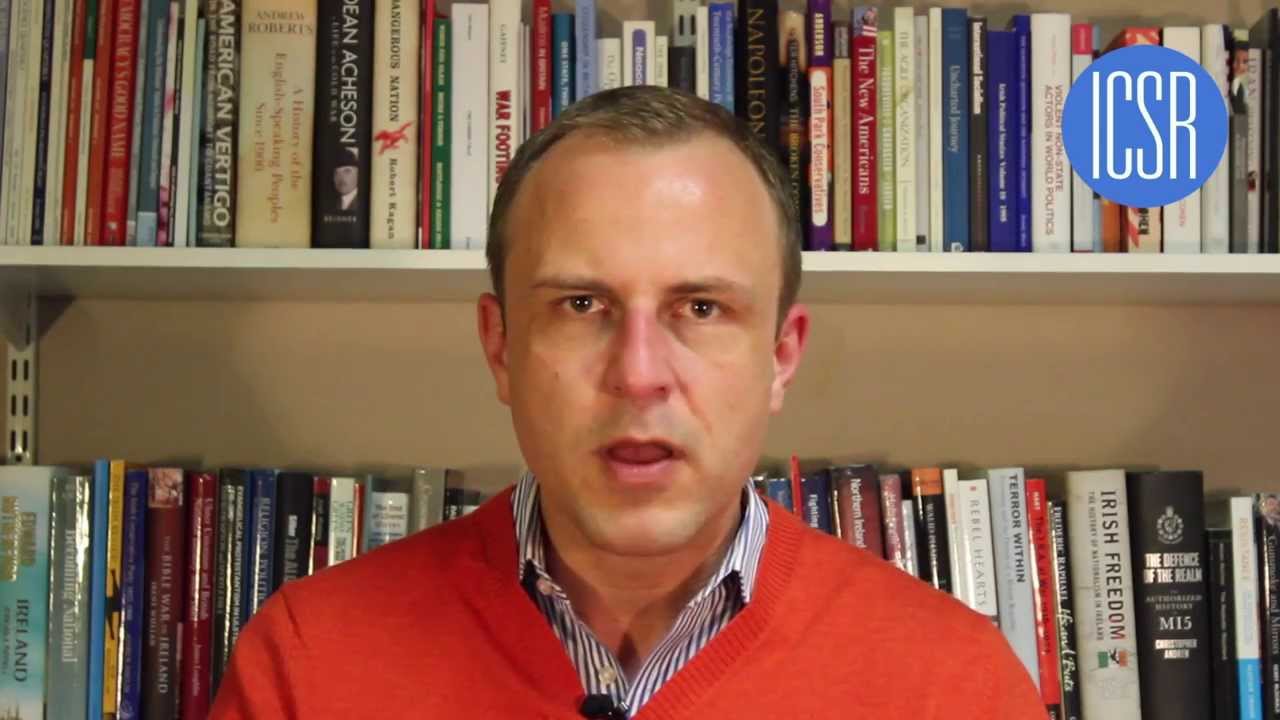 Since ICSR published its first estimate in April, the issue of foreign fighters in Syria has become a major concern for Western governments. More reports have emerged since, though few have accurately gauged the full extent and evolution of the phenomenon.

This ICSR Insight provides an update of our April estimate, offering the most comprehensive and richly resourced account of the Syrian foreign fighter phenomenon from open sources. Based on more than 1,500 sources, we estimate that up to 11,000 individuals from 74 nations have become opposition fighters in Syria – nearly double our previous estimate. Among Western Europeans, the number has more than tripled from (up to) 600 in April to 1,900 now.

How many have gone?

We estimate that – from late 2011 to 10 December 2013 – between 3,300 and 11,000 individuals have gone to Syria to fight against the Assad government. These figures include those who are currently present as well as those who have since returned home, been arrested or killed.

Based on the credibility of various sources, our own judgement, and the feedback we have received since publishing our April estimate, we believe the “true” figure to be above 8,500. This would mean that the numbers have nearly doubled since April, with a particularly steep increase among non-Arabs, especially Westerners.

While Arabs and Europeans continue to represent the bulk of foreign fighters (up to 80 per cent), we have identified individuals from Southeast Asia, North America, Australia, and (non-Arab) Africa. Overall, we believe that residents and citizens from at least 74 countries have joined militant opposition groups in Syria.

(For a more detailed explanation on sources and limitations, see further below.)

We estimate that the number of fighters from Western Europe ranges from 396 to 1,937. Compared to April, when we provided an estimate of 135 to 590, this represents a threefold increase.

This upsurge cannot be explained by increased reporting alone. Official figures tell a similar story: the French and Danish governments have doubled their estimates since the spring, while the figures provided by the Belgian, British and German governments have quadrupled.

Adjusting for population size, the most heavily affected countries are Belgium (up to 27 foreign fighters per million), Denmark (15), the Netherlands (9), Sweden (9), Norway (8), and Austria (7).

The detailed figures are as follows:

* Up to; per million of population.

Individuals from Middle Eastern countries continue to represent the majority of foreign fighters (around 70 per cent). We estimate that up to 6,774 non-Syrian Arabs and an additional 523 non-Arabs from the (wider) region have gone to Syria.

It must be noted, however, that the Middle Eastern figures are less reliable than those for Western Europe, as governments are less forthcoming with official estimates and there is less reporting of individual cases.

The detailed breakdown is as follows:

The most important regions for foreign fighter recruitment outside Western Europe and the Middle East are the Balkans and the countries of the former Soviet Union. In the Balkans, the largest contributors of foreign fighters are Kosovo (4-150), Albania (9-140), and Bosnia (18-60), with smaller numbers coming from Macedonia (3-20), Serbia (3), and Bulgaria (1). Among the former Soviet countries, the most significant are Russia (9-423 excluding Chechnya; 36-186 for Chechnya), Kazakhstan (14-150), Ukraine (50), and Kyrgyzstan (9-30), with all others providing a dozen or less.

The only significant black spot in our survey is India for which no credible reports have been available. All other countries are believed to have contributed less than a dozen foreign fighters.

Our figures raise numerous questions which cannot be fully answered by the data alone. Even so, our data may help to inform a number of important areas of debate.

What groups do they join?

Only about twenty-percent of the sources stated group affiliations. Of those, the vast majority are with Jabhat al-Nusra and the Islamic State of Iraq and al-Sham (ISIS) – the two militant opposition groups that are closest to al Qaeda.

To a much lesser extent, fighters were also reported to be members of Jaysh al-Muhajirin wa-l-Ansar, Harakat Ahrar al-Sham al-Islamiyya, Katibat Suqur al-Izz, Liwa al-Umma, and Harakat Sham al-Islam, among others.

What explains the steep rise?

It is difficult to be certain, but it may be no coincidence that the period since publication of our first estimate has coincided with the more forceful and open involvement by the Lebanese group Hizballah, Iraqi Shia militas and Iranian government forces on Assad’s side. This may have reinforced and strengthened the perception among some Sunnis that the conflict is fundamentally sectarian, and that Sunnis need to stand together in order to halt the (Shia) enemy’s advance. Indeed, this type of solidarity has driven a number of previous foreign fighter mobilisations involving Sunni militants.

Will the trend continue?

Our prediction is that foreign fighter recruitment will continue, albeit at a slower rate. The winter months will impose harsher conditions and may deter potential recruits from joining. Even so, in the absence of a peaceful resolution, the basic attraction of going to Syria will remain. In this respect, the upcoming Geneva II conference is unlikely to make a difference, because those who are sympathetic to the armed opposition – and, indeed, most of the militants themselves – view Geneva II as an unrepresentative stitch-up, the outcome of which they have already stated will not bind them.

How does the current mobilisation compare?

The current mobilization is more significant than every other instance of foreign fighter mobilisation since the Afghanistan war in the 1980s. Although conflicts like Iraq, Somalia and Afghanistan went on for (much) longer, none of those conflicts mobilised as many foreigners. Even the anti-Soviet jihad in the 1980s didn’t attract as many foreigners as Syria in the same period of time. Indeed, for a number of smaller countries – Denmark and Belgium, for example – the number of residents that have gone to fight in Syria may already exceed the combined totals for all previous conflicts.

How foreign is the Syrian opposition?

As noted in our earlier estimate, the relatively large number of foreign fighters does not mean that the fight against Assad is led or dominated by “foreign forces” or “outsiders”, as has been suggested by President Assad. Even if our highest estimate turns out to be true, the “foreign contingent” still doesn’t represent more than 10 per cent of the militant opposition, which is thought to number more than 100,000 men.

The aim of this Insight is to gauge the overall extent and evolution of the phenomenon, detect trends and draw basic comparisons. We are under no illusion that the underlying data is incomplete and – in many cases – ambiguous. Given the nature of the subject, no estimate of foreign fighter flows will ever be exact.

Our dataset contains approximately 1,500 open source items which have been collected since November 2011. They include: media reports about foreign fighters in English, Arabic and several other languages (and from both sides of the conflict); government estimates; and statements about foreign fighters by jihadist groups, typically published in online extremist forums and on social media.

For each country, we provide “low” and “high” estimates, with low figures including only fully confirmed cases where names are known, and high figures representing the maximum number of individuals based on credible sources.

We are more confident in our figures now than we were at the time of our first estimate. The Syrian foreign fighter issue has received far more attention and we consequently had more independent and journalistic sources to cross-reference and compare. Also, more governments have published official figures, making it easier to verify data and get a sense of the phenomenon’s size and evolution (where those figures are judged to be credible).

Still, there are many ambiguities and potential sources of error of which we are fully aware:

Our figures represent overall aggregates, not the number of fighters that are currently involved in combat. To estimate the latter, one would have to know exactly how many individuals have died or been arrested and how many have returned to their home countries, which – at this point – we have no consistently reliable methodology for doing.

That said, not all official figures can be compared. While some governments only include “known extremists” in their foreign fighter estimates, others include individuals who – despite having no extremist ties – are nevertheless judged to be likely to enter Syria with the intention of becoming involved in combat.

Another potential source of ambiguity is individuals’ citizenship. Our figures typically refer to countries’ residents, which may include citizens of other countries. As a result, we suspect, for example, that the number of Bosnian nationals in Syria is significantly higher than the number of foreign fighters from Bosnia that are listed in our tables. The same is true for Chechens, a large number of whom are residents of Russia.

Finally, we realise that there may be a significant number of unknowns, including aspiring foreign fighters travelling under the “cover” of humanitarian convoys, and individuals who went to Syria for humanitarian reasons but joined a militant group after spending time in the country.

Despite these limitations, we feel that there is value in publishing this estimate. Our data is richer and thicker than the sources used in other estimates, and we strongly believe that public discussions should be based on the soundest possible foundation. Moreover, while individual figures may have their limitations, we are confident in our assessment of overall trends.