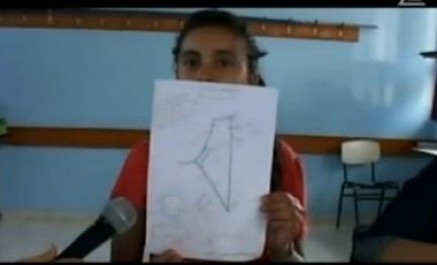 Jews are “the wolf”Photo Credit: Channel 2

Since Israel’s War of Independence, millions of descendants of Palestinian refugees have been living across the Middle East in the surrounding Arab host countries, especially in Jordan, Lebanon, and Syria. Across the region, they are deprived of citizenship and basic human rights where they are presently living. Palestinian intellectual Mudar Zahran has described the conditions under which these people find themselves to be apartheid.

In Lebanon, the situation is so dire that descendants of Palestinian refugees are barred from 20 different professions and have no access to public social services. Even their access to health and educational services is limited. In Syria, Palestinian refugees are barred citizenship rights and because of this status, it has been more difficult for them to flee Assad’s democide than other residents of Syria. There have been incidents where Assad’s regime has massacred Palestinians.

In regards to Jordan, Mudar Zahran wrote in the Jerusalem Post, “Jordan is a country with a Palestinian majority which allows them little or no involvement in any political or executive bodies or parliament. This lack of political and legislative representation of Jordanians of Palestinian heritage has been enforced by decades of systematic exclusion in all aspects of life expanding into their disenfranchisement in education, employment, housing, state benefits and even business potential, all developing into an existing apartheid no different than that formerly adopted in South Africa, except for the official acknowledgement of it.”

David Bedein, director of the Center for Near East Policy, stressed, “While UNRWA long ago adopted the logo of ‘Peace Starts Here,’ UNRWA working mantra could easily be described as ‘War Starts Here.’ UNRWA’s schools educate half a million students with the notion that they must prepare to take back their homes in what is now Israel – by force of arms.”

The Center for Near East Policy July 2013 documentary, CAMP JIHAD, shot on location in summer camps near UNRWA facilities in near Nablus and Gaza, filmed UNRWA campers singing songs of martyrdom, UNRWA instructors describing Jews as ‘wolves,’ and UNRWA camp counselors leading children in chants for their right to ‘return” to Israeli cities such as Tel Aviv and Haifa.

Israel behind the News documents that one textbook used by UNRWA titled “Our beautiful language” stated inside of it: “Returning to the homes, to the valleys, to the mountains; under the flags of glory, jihad and struggle; in blood and sacrifice; fraternity and faithfulness.” In another section, the same textbook utters, “I see my death without my stolen right and without my country as a desired one; Hearing weapons clash is pleasant to my ear and the flow of blood gladdens my soul; As well as a body thrown upon the ground skirmished over by the desert predators.” This violent textbook, merely one of many such examples utilized in UNRWA schools, is taught to seventh grade Palestinian children.

The Center for Near East Policy has recently launched an UNRWA Reform Initiative. David Bedein launched this program out of the conviction that while the present negotiations between Israelis and Palestinians most likely will not lead to a comprehensive peace agreement, one aspect of the conflict, the Palestinian refugee crisis, at least could be solved.

He called on foreign donors to UNRWA to make any future financial contributions to the international aid organization contingent on UNRWA stopping to teach children to support war, cease promoting a right of return through armed struggle, putting an end to any support for designated terrorist organizations such as Hamas, and adopting the internationally accepted UNHRC definition of a refugee, which states that a refugee is “a person outside the country of habitation due to a well-founded fear of being persecuted.” UNRWA presently defines Palestinian refugees as “any one who lost his place of residence and means of livelihood as a result of the 1948 Arab-Israeli war.”

UNRWA operates under the directives of 38 donor nations, who each have the power to change UNRWA for the better. By threatening to cut funding, these countries can force UNRWA to solve the Palestinian refugee crisis rather than perpetuate it. The Center for Near East Policy is presently campaigning legislatures around the world to force UNRWA to reform itself.