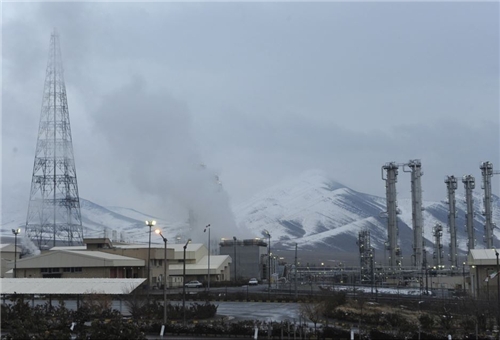 TEHRAN (FNA)- Operation of the heavy water reactor in the Central city of Arak is Iran’s redline and the country has no plan to relinquish this project by any means, informed sources said on Monday, after several US officials alleged that Iran will eventually dismantle the facility in future.

“Arak reactor is the result of 30 years of efforts and Iran will not lose it even under the most difficult conditions,” an informed source, speaking on condition of anonymity, told FNA on Monday.

He warned that the radical stances taken by some US officials could push the current negotiations between Iran and the Group 5+1 into a deadlock.

“Iran has never been blackmailed by the Americans, and it won’t be future either,” the source said.

Before the IAEA started its visits to the Arak Reactor, the AEOI announced in a statement that “the Islamic Republic of Iran, as a sign of goodwill to remove any possible ambiguity about the peaceful nature of its nuclear program, has given a positive response to the request made by the IAEA to visit the plant”.

In mid-November, Director-General of the IAEA Yukiya Amano and AEOI Head Ali Akbar Salehi signed a joint statement which presented a roadmap for future cooperation to resolve the remaining issues between the two sides.

According to the statement, the IAEA and Iran agreed on November 11, 2013 to strengthen their cooperation and dialogue aimed at ensuring the exclusively peaceful nature of Iran’s nuclear program through the resolution of all outstanding issues that have not already been resolved by the IAEA.

“The IAEA agreed to continue to take into account Iran’s security concerns, including through the use of managed access and the protection of confidential information,” the statement said.

According to the statement, it was agreed that Iran and the IAEA would cooperate further with respect to verification activities to be undertaken by the IAEA to resolve all present and past issues.

“It is foreseen that Iran’s cooperation will include providing the IAEA with timely information about its nuclear facilities and in regard to the implementation of transparency measures. Activities will proceed in a step-by-step manner,” it said.

“As a first step, Iran and the IAEA agreed to the practical measures listed in the attached Annex. Iran will provide the access and information within three months from the date of the statement (today). The IAEA will report to the Board of Governors on progress in the implementation of these measures,” it said.