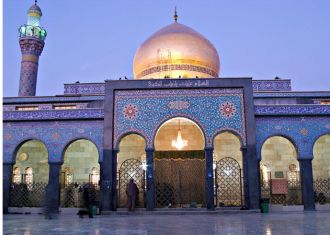 Amid an escalation of the terrorist attacks on citizens and government buildings in the Syrian capital Damascus, the extremist Wahhabi clerics in Saudi Arabia have called for the destruction of holy shrine of Lady Zaynab.

The shrine is located in the neighborhood of Sayyida Zainab, which has seen rise of violence and terrorist attacks over the past few days.

According to the Arabic website of Al-Alam TV, the move is designed to encourage sectarianism inside Syria and pave the way for a full-scale civil war in the country.

Lady Zainab is the daughter of first Imam Ali (PBUH) and granddaughter of the Prophet Muhammad (PBUH). She is regarded as a very noble figure by Shias around the world.

Syrian troops on Saturday regained control of most parts of the neighborhood after government forces launched an all-out offensive against the armed rebels across the capital.

Syria has been experiencing unrest since March 2011, with the Syrian government saying outlaws, saboteurs, and armed terrorists are the engine behind the violence.