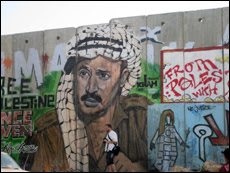 Palestinian police recently used tear gas and stun grenades disperse dozens of protesters at a refugee camp north of Ramallah who had blocked main roads leading to the de facto capital of the Palestinian Authority.

The Palestinians were protesting the fact that Palestinian workers of the United Nations Relief and Works Agency for Palestine Refugees (UNRWA) had not been paid living wages for years, even though the donor nations had funded them. What happened to the many millions of dollars poured into the black hole that is the Palestinian Authority?

After more than two months of strike, the United Nations Relief and Works Agency for Palestine Refugees (UNRWA)’s administration and employee representatives met on Thursday January 23 in an effort to end a Palestinian employee strike, which has kept schools closed and severely limited provisions of basic health and social welfare services to Palestinian refugee camps.

In Hebron and in Jerusalem workers went on hunger strikes and two hunger striking employees were taken to hospital for treatment. Their families said that UNRWA would be held responsible for any harm to the strikers’ health and this was no idle threat. These threats are usually followed by violence.

UNRWA’s Commissioner General Filippo Grandi said that he was willing to hold constructive negotiations once the Palestinian workers end the ongoing strike. The result was a refusal by the workers to end the strike since this approach has always failed.

When this correspondent asked a Palestinian worker why they would reject the offer made by Grandi, he explained that as soon as the strike would end the strikers would be visited by members of the Palestinian Security Services and would be “interrogated” in ways that in any normal country would be called grave human rights violations.

The salaries of UNRWA staff are paid by UNWRA with funds received from donor nations. No funds for salaries come directly from the UN headquarters in New York. All salaries of UNRWA’s Palestinian staff are financed internally by the organizations representatives in the West Bank and Gaza.

The Palestinian workers bitterly point out that the money distributed by the PLO for their salaries is less than the salary a Palestinian terrorist incarcerated in an Israeli prison receives from funds syphoned off from the donor nations.

This funding comes from donor countries who have no oversight on how the funding is spent.

Once the extent of the funding was revealed to the Palestinians working for UNWRA they began a series of hunger strikes, protests, and appeals to the world to take notice of their plight.

This correspondent personally interviewed a Palestinian UNWRA worker who spoke up under the condition of anonymity (for fear of reprisals from the PA) confirmed that the funds channeled through UNWRA and USAID were being skimmed by corrupt members of the PA and used for supporting terrorists and also for building projects undertaken by firms owned by PA officials.

He bitterly pointed out that the terrorists with blood on their hands, recently released by the Israeli government, were immediately given large cash grants, and some were recruited by the PA police and Palestinian security services.

He asked this correspondent why the international community would allow innocent Palestinians to be deprived of a living wage while supporting known terrorists and backing corrupt Palestinian officials who are profiteering from their misery.

This correspondent could only think in terms of what the great writer and journalist Earnest Hemming way wrote many years ago in For Whom the Bell Tolls: It tolls for us; the donor countries.