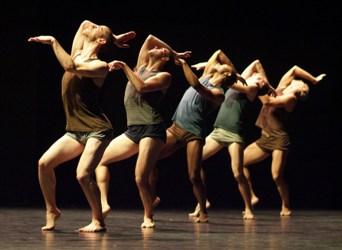 The spirit of Nazi Germany will be on the streets this Saturday night in Wellington, with a protest against the visiting Batsheva Dance Company, which is performing as part of the New Zealand Festival.

Echoing the Nazi refrain of “when I hear the word culture, I reach for my revolver,” pro-Palestinian rights groups will be protesting outside and inside the St James Theatre as part of the global campaign of BDS (boycott, divestments, and sanctions) against Israel. They will be using the same harassment techniques used by the Nazis to close down Jewish and liberal performances in the 1930s.

The group claims that Batsheva is an integral part of Israel’s Brand Israel public relations campaign receiving funding from the Israeli Ministry of Foreign Affairs, and sponsored by the Embassy of Israel in New Zealand.

The boycotting of cultural events is misguided as it is cultural activities such as Daniel Barenboim’s West-Eastern Divan Orchestra which have promoted active dialogue and been one of the significant ways in which Israelis and the Palestinians have made some reconciliation.

Ohad Naharin, of the dance company says “I am disappointed to see a group of intelligent people wasting their money and their energy on something that won’t result in anything. I have experienced this impotent activity for years. The situation in the West Bank is tragic and indeed every effort must be made to change it. If I believed that boycotting our performances could bring any progress in ending the occupation, I would join the boycott myself.”

The myopic approach to boycotting lets the Russians off the hook despite them funding the play A Midsummer’s Nights Dream also on during the festival despite the country’s stand on gay rights and their support of the Assad regime which is undermining the Palestinian cause.

The boycott has parallels to the recent action of the French and British governments in banning the Muslim comedian Dieudonne whose routines often included views critical of Jews but is seen by his supporters as a means of addressing social and political issues.

A recent performance by the Batsheva Dance Company at Sadlers Wells in London was interrupted on several occasions by demonstrators in the audience. There are fears that similar actions will occur here.

Sue Paterson, the executive drector of the New Zealand Festival believes the interference would be minimal, saying “The safety of New Zealand Festival audiences and our guest artists is paramount, and we have security arrangements in place ahead of Batsheva’s Deca Dance shows in Wellington. Yesterday Festival staff had a cordial meeting with a BDS Network representative where we outlined the Festival’s position on Batsheva’s performances in New Zealand, which is that Festival selects a show on artistic merit regardless of the country from which it originates.