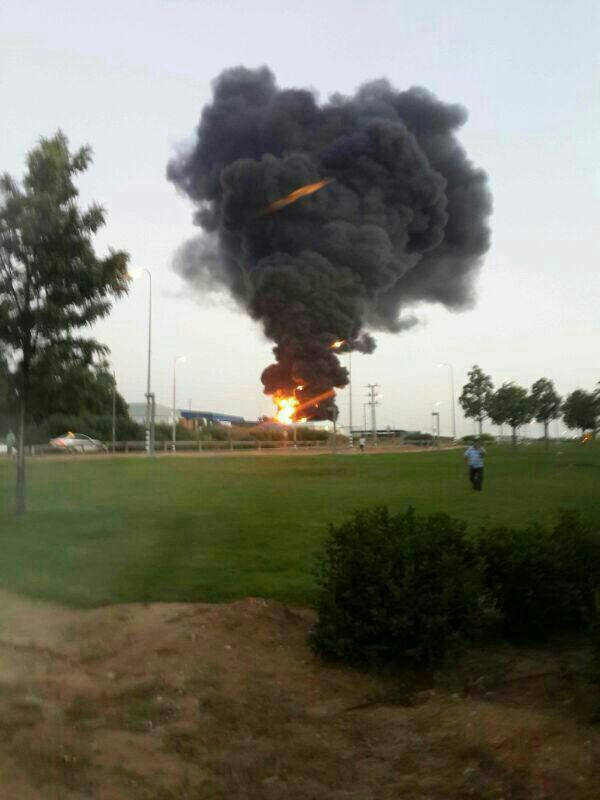 Since the end of operation ‘Pillar of Defense’, through June 30th 2014, 300 aerial attacks have been launched from Hamas-ruled controlled Gaza towards southern Israel.

The fact that many terrorist organizations based in Gaza proudly take responsibility for firing rockets and missiles towards the Israeli civilian population, and not necessary the ruling terrorist group, ‘Hamas’- as the media and Israeli officials continue to emphasize- makes no difference to the families and children of one million Israelis.

Once the siren goes off and they run for shelter and for their lives, they have between 15 and 45 seconds ask which terrorist organization is firing now from Gaza.

Instead, they wonder where the rocket will explode: inside or outside their town.

‘Rocket reality’ is still a basic way of life in the Western Negev on the Hamas-controlled Gaza border.

Compared to recent years, it has been ‘more quiet’ than others (after operation ‘Pillar of Defense’), but the Hamas-controlled Gaza threat grows each day.

Realistically, the question is not ‘if’ Israel will have to take action in Gaza, but rather, “when?”

This time, however, the Russian-roulette reality, finally exploded on Saturday night, just after 8 PM, when an entire factory in Sderot went up in flames that were visible from miles away.

Why are there still those who claim that Hamas is interested in maintaining calm?

Have they forgotten the Hamas charter, which openly calls for genocide of the Jews in Israel?

And what about the statement issued by Al-Zadin El Qassam- the Hamas brigade in Gaza, one week before the first cease-fire in November 2006: “We are not going to stop firing the Zionist settlement Sderot, until the last citizens of Sderot leaves.”

Yet these are people who are blind to the reality that over 20,000 aerial attacks have been launched from Gaza towards Israel pulled all of its troops and Israeli civilians out of Gaza in August 2005.

These stories were sent to the Sderot Media Center, by Sderot residents participating in the SMC’s training course “The Ambassadors of Tomorrow”.

The goal of this course is to turn Sderot residents into local educational guides in Sderot and the Western Negev for the hundreds of international delegations who visit the area through SMC, and to be prepare themselves for on-call for media activity during emergency situations.

“The strangest thing was seeing this ball of fire with this thick smoke…it felt like out of a scene from Lebanon, Syria or Iraq. Not like something that could happen here…” “We were sitting in the backyard of my brother’s family in Sderot, along with my parents and my twin two-year-old nephews. We heard the siren go off ‘red alert’: immediately my sister-in-law grabbed one of the boys to run for shelter, and my mother picked up the other boy, who fell during his hysterical run for cover. We got to the shelter. The children already know that after a siren goes off, they should expect to hear the BOOM of the rockets. We stayed there for several minutes, because the explosions sounded very close. Then we went out and saw flames and thick smoke with a very heavy stench to it. We got the children into the house and started to document the dramatic scene. At first I thought it exploded in my friend’s home that was really close the industrial area and he wasn’t home at that moment. We then saw secondary explosions and a huge ball of fire lighting in a frightening way the dark sky with no moon. The strangest thing was seeing this ball of fire with this thick smoke…it felt like out of a scene from Lebanon, Syria or Iraq. Not like something that could happen here…”

Daniel Madmoni, took a photo of his family’s house with the thick smoke in the background .. moment before the end of Shabbat, we sat outside for coffee… The scent of the new week is in the air… and then suddenly the “red alert’ siren went off… right before the siren went off, a huge explosion sounded not too far away… 3-4 seconds afterwards, another whistle of a rocket about to explode, while we run to take cover, the siren is still going off… Yes, there are faults with the ‘red siren’ alert system… exactly like in our personal lives.

This is my home, this is my life, and this is how I start the fresh new week… Rockets will continue to fly and explode, the Israeli flag will continue to wave… Take care of yourselves, shavua tov (a good week) and a blessed one for all…” “Saturday, a bit after 8 PM on my way back from a fun and sunny day at the beach, a bit of freshening up after the exam period, my mom calls me in hysterics: “Get home quickly and drive with your windows open, so you can hear the siren going off…” and it starts again. Yes, it’s started again. I’m a ten-minute drive away from home and I can already see what mom is talking about… On top of me a huge black cloud, and the closer I got to Sderot, the bigger and more threatening the flames seemed.

For you, one can reasonably assume that it’s a pinch that awakens mercy…

For the government, it’s a good time to send a jet and bomb a field for “deterrence…”

For me, for me it’s back to routine…” Anat Ben-Ami, a single mother living in Kibbutz Mifalsim.wrote that…

Shabbat has arrived, and the excitement is very high in our family home on Kibbutz Mefalsim, a kibbutz overlooking the Gaza strip. The whole family arrived, excited about Saturday night: My 12 year-old Rony’s 6th grade graduation party, and next year off to junior high in the rocket-proof school in Sha’ar Ha’negev. From one protected school to another…

The whole day went by very quietly, the family guests didn’t feel a thing, or just didn’t want to talk about it. I was very troubled and restless. The night before, I had problems sleeping, having nightmares of buildings collapsing and a world that is washing away and I’m in this dreaming always trying to find shelter, and hope for quiet and peace, exactly like in my reality…

The evening came, the heat wave continued into the evening, but the house was closed with the air-conditioning, letting us prepare calmly for tonight’s celebration.

We got into the car, and the phones started going off… Rony’s friend, her age, calls, screaming with tears, telling Rony that the party was canceled…

Rony tries to calm her down, but loses faith in what she’s telling her. Her friend’s mom was scared to leave the house with her kids. She stayed at home and decided that her daughter, Rony’s friend, would not to go the graduation party. At that moment we called the teacher, and she told us that for now, the roads are still open and it is possible to get to the party, it’s not really in the area of the rockets…We are on our way, couldn’t imagine another scenario that once again my daughter wouldn’t experience something so normal and natural for her age. The qassam rocket reality has been part of her entire life…

5 months pregnant: A terror attack in the nearby the community of Eli-Sinai: my student was murdered, her friends seriously wounded. We hear the shooting from our home.

2 years old- Her kindergarten teacher was murdered on her way to the beach by Palestinian terrorists.

3 years old- A qassam rocket exploding right behind her, and miraculously she wasn’t hurt.

4 years old- Gush Katif evacuation and taking us out from our home in Nisanit where we lived.

4.5 years old- Friday afternoon, preparing for Shabbat, I’m in the shower, Rony is standing in the living room and sees a qassam rocket exploding into her kindergarten teacher’s home. Her son until today suffers badly from heart wounds.

11th birthday- Rony celebrated on her own, during the military operation- “Pillar of Defense”‘ inside the war-room of the kibbutz with a couple of adults that stayed in the kibbutz that were there on duty to operate the kibbutz during the operation.

My graduation party for Shaar Ha’negev school- On our way an explosion of a qassam rocket. Now I’m thinking maybe the party has been canceled… maybe no children will arrive… we’re on our way in any case… As we started to drive, we can’t believe the huge black smoke cloud. My dad is driving the car…many fire trucks have zoomed right past us to reach Sderot as quickly as possible, to the terror attack scene. I kept on telling myself, it’s not in our area and on our way, we are keeping on driving… The closer we reach the Sderot industrial area, the scene reveals its horror: with no doubt, the terror attack happened here.

We have our entire family following us in their cars, and I just hope that it will be okay. I try showing strength, to keep on with the daily routine and not to give up on life… Even if this no normal reality became normal for us… every time this happens, something from the inside breaks…I tell my dad to drive faster, and look at the road, more explosions from the fire ball, we pass through it, many dozens of people went out to see with their own eyes the horror. And so did I… Like in a bubble, just thinking to myself how do I get pass this road before they close it down…As we passed Sderot and took a right on the road towards the kibbutz, I thought, “it’s already behind us and we can catch our breath”…and all of a sudden a huge explosion at the same place as the fire ball, having a huge mushroom cloud of an orange fire with the dark black sky.. Not sure if this was the black sky or smoke…

I’m just thinking of the fireman, who some of them I know, their faces, G-d protect them…And all those who are there to rescue any citizens nearby…

This journey went on forever. But we eventually arrived at Kibbutz Dorot. People rushed in together with us, not believing how we have gotten used to this crazy reality. But this is what we got used to…all the room was packed with people who came to celebrate. All the children came for their graduation party. I pray that the summer vacation will be peaceful, and that we won’t need to find different places around Israel to host us, far away from our families…