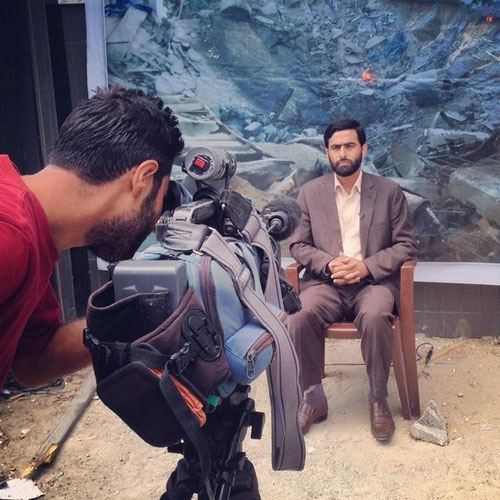 With their usual mixture of human rights concern and hypocrisy, several countries have stepped into the fresh Israel-Gaza conflict by demanding a cease-fire. Egypt has played an important role in this demarche; Hamas has turned down flatly all the conditions on which Egyptian President al-Sisi insisted. How far the war will go still hangs in the balance. As Israeli ground forces now fight with Hamas in their tunnels and bunkers, over 600 Palestinians (largely made up of men of fighting age) have died[1], as well as over 32 Israelis.

The international pressure from all sides for a ceasefire is widening and intensifying. Of course, what a ceasefire amounts to, as it has before, is to give Hamas a second chance. And a third and a fourth – whatever is needed for them to achieve their clearly stated goals of wiping Israel from the map, and then Jews.

What is odd is that the United States and the EU called for a ceasefire after only seven days — even before the ground offensive began. They did not do that while America and Britain were fighting in Afghanistan or Iraq. Nor did anyone call for a cessation of UN-sponsored NATO air and ground attacks during the Bosnian war. Today, calls for a ceasefire fall on deaf ears in Syria, Iraq, Somalia, and Nigeria, where governments (good or bad) face the forces of armed Islamist terrorists. So why so much pressure on Israel, dubbed as always the aggressor, whose responses to Hamas terrorism are unjustly considered “disproportionate,” and whose serious efforts to contain civilian casualties are always disregarded or sneered at?

Hamas has broken or refused to extend ceasefires before this conflict. On this occasion, Israel worked with Egypt to bring about a truce, but Hamas rejected all Egypt’s demands and began firing rockets again within hours of the agreement. As a result, Israel was forced to resume air strikes on Gaza.

What use is a ceasefire in this conflict? Have any of the leaders of the “international community” ever read the Hamas Charter, the Mithaq of 1988, still in force today? If they have done so, can they honestly put their hands on their hearts and command Israel to put an end to its efforts to destroy a terrorist regime that has been named as such by most of the “international community,” including the United States, Canada, the EU, and other countries? Here is a quotation from that Charter:

Israel has accepted ceasefire agreements many times in the past. And every time, its enemies have used the interval that followed to regroup and rearm their military. David Bedein has recently summarized this determination of Hamas to fight on at whatever cost to itself or the citizens of Gaza (the hudna to which he refers is a temporary truce used in Islamic law to permit Muslims to regroup before continuing jihad):

And there was another hudna with Gaza which lasted until the end of December. 2008, which witnessed 878 attacks fired from Gaza.

And from the end of operation ‘Pillar of Defense’, through June 30th 2014, 300 aerial attacks were launched from Gaza towards southern Israel – during yet another tenuous Hudna.

Hamas does not care a fig for Western initiatives based on secular theories of international law. The Islamic basis for international law is the Islamic shari’a law of jihad, and Hamas is committed to jihad, which its Charter declares to be the ONLY solution to the Palestinian problem.

Islamists are, above all, obsessed with the notion that no-one but Muslims have a right to rule over land once ruled by Muslims; that includes Spain and Portugal, Sicily, Greece, Crete, Cyprus, Sicily, Rhodes, the former Muslim states of India, Romania, Albania, Macedonia, Bulgaria, Hungary, Transylvania, and Armenia. I may have missed a few. Modern Jihadist groups such as the new ‘Caliphate,” the so-called “Islamic State” in Iraq, boast about their revanchist commitment to retaking former Islamic territories and one day bringing the entire world under Islamic rule. It may be a vain promise, but it is one that sends young men to the battlefront to die for its realization, and puts innocent lives everywhere under the threat of massacre and national collapse.

Like al-Qa’ida and a profusion of groups around the world, Hamas expects Utopia and is willing to sacrifice everything for it.

Even in its weakest moments, would Britain have risked a ceasefire with Nazi Germany during World War II — knowing that Hitler habitually broke his promises? Those who fight for Utopia believe they alone are right. Hamas cares nothing for international law, the UN, or anyone else. They, along with Islamic Jihad, Hizbullah and others are to Israel what the Nazis were to Great Britain. How is a piece of paper — made by mere men, not by Allah — to stop them?

Germany had to be brought to its knees before its people and its Führer saw that the promise of totalitarian rule was no longer an option. With American help, Germany came to its senses and is now a thriving democratic state. The Japanese had to be decisively defeated before its people and Emperor acknowledged that they had no hope of winning, and put down their arms. Today, Japan is a thriving democratic Asian nation. Defeat is not a nation’s final destiny, unless they will it so.

A future Palestinian state will thrive when the Palestinians enter a world where international law holds sway, where treaties are made and adhered to, where disarmament is not followed by re-armament, where men and women sit at long tables and thrash out the terms of a peace, and where force is only used in self-defense or in defense of another people. Negotiations are used to accommodate differences instead of run-out-the-clock, as Iran is now skillfully doing with less-skillful Western officials to achieve its nuclear weapons capability. And politics cloaked as religion does not ride roughshod over the welfare and will of the people. And it will be a place where self-glorification and delusions of grandeur do not cancel out the rule of secular law, or ordering ones own people to run onto rooftops or to stay in their homes at the threat of aerial bombardments.

Such a state will not come into being, however, so long as Hamas and the PLO refuse to embrace these values. In the case of Hamas in particular, there will be no peace until the terrorism ends, and the movement is destroyed entirely, with no leaders, no rank and file, no capital, no arms, no infrastructure, no media, no preachers, and no “royalty” in exile.

Israel must act and act hard, just as Britain and the United States fought hard against the Nazi threat. As we are seeing in Iraq and Syria, the Hamas mindset is spreading. Anything short of total defeat will only lead to a resumption of hostilities in the near future. If the UN and foreign states will not act with determination to defeat a terrorist group armed with sophisticated rockets and accompanied by a determination to commit genocide — if they are happy, as always, to sit on the sidelines and criticize Israel — then Israel must, as always, go it alone.

The destruction of Hamas will be painful, but its leaders are cowards and braggarts, hiding under hospitals and in five-star hotels throughout the Arab word while telling their citizens to die telegenically for public relations propaganda. The leaders of Hamas hide behind their own men, women and children. They build launch pads, bunkers, weapons depots, and command centers beneath hospitals, schools, and the dwellings of ordinary people. They are playing at being soldiers, but avoid harm for themselves while trying to inflict as much harm as possible on others.

When will the world see that, if Israel were ever to lose, we would all be next? There cannot be a ceasefire until the firing from Hamas has ceased, and ceased for good.