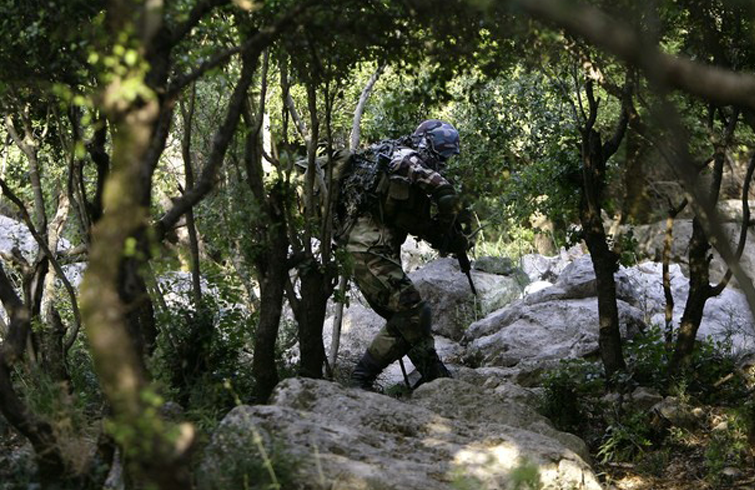 Israel, amid the war with the Gaza Strip, has directed its attention to locating tunnels from Lebanon.

The Israel Defense Ministry has overseen a program to locate tunnels constructed by the Iranian-sponsored Hizbullah. They said Hizbullah was believed to have constructed dozens of tunnels that begin in southern Lebanon and penetrate the Jewish state.

“We’ve known about the tunnels for several years, but now this has taken on special importance,” an official said.

The Israel Defense Ministry and military concluded that the war in the Gaza Strip highlighted the danger of weapons tunnels. They said the ministry invested about $5 million to develop a prototype to locate the underground passages.

During the six-week war with Hamas, Israel acknowledged that it failed to find all of the Palestinian tunnels that penetrated the Jewish state.

Hamas sent scores of fighters through the tunnels to attack Israeli communities near the Gaza border.

“There is a lot of talk about this as well as concern,” the official said.

Residents of northern Israeli communities, already targeted by increasingly frequent rocket attacks from Lebanon, have expressed fear that Hizbullah tunnels were already operating. They reported hearing voices beneath their homes, an assertion that echoed that of residents near the Gaza Strip.

“I have heard these complaints several times, but yesterday, when I came back from a tour of the Gaza border communities, I understood,” Nissim Malka, mayor of the northern Israeli city of Kiryat Shemona, wrote to Defense Minister Moshe Ya’alon. “If this is what they did in the south, I am certain [Hizbullah secretary-general Hassan] Nasrallah is not sitting idlyand giving out candy.”

The Israel Defense Ministry has also been working with Tel Aviv University to help locate Hizbullah tunnels. Unlike the sands of Gaza, the Israeli-Lebanese border consists of rocky hills in which a one-kilometer tunnel could require six months of construction.

“Given Israel’s experience in Gaza over the last month, it’s safe to assume that [Hizbullah] tunnels will also figure in any northern scenario,” Amos Harel, the military correspondent for Haaretz, wrote on Aug. 7.

Hamas was sharing information with Iran and Hizbullah on weapons tunnel operations during the latest war with Israel. They said Hizbullah was believed to be training thousands of fighters to use the tunnels to invade northern Israel.

“Hamas gave important information to Hizbullah on how to dig tunnels with all kinds of techniques and methods in light of the experience they have gained in recent years,” a senior military official told Israel’s Channel 2 television on Aug. 4.

The Israel Air Force has provided a glimpse of the Flying Camel Squadron, an air group that oversees and approves targets in urban areas, particularly in the Gaza Strip. The squadron was said to have played a major role in confirming the presence of civilians and the value of Hamas and other targets.

The squadron, which participated in all of Israel’s wars, contains two types of reconnaissance aircraft. They were identified as the G-36 Bonanza and the King Air 350, the latter which has been sold to Iraq.

“We don’t have bombs on our planes,” Y. said. “We have cameras that do intelligence work.”

The squadron relays intelligence, surveillance and reconnaissance data to both air and ground forces. They said the payload on squadron aircraft were made in Israel and deemed among the most advanced ISR systems in the world.

“We have the capability to work together with air and ground forces to counter terrorism and minimize casualties to innocent civilians,” Y. said.

“We use our capabilities to guide our soldiers to the right targets and al aerial reconscience.”

During the latest war with Hamas, the air force squadron was assigned to determine the feasibility of air strikes on Palestinian rocket launchers, mostly located in urban areas. Officers said the squadron spotted Hamas rocket fire from hospitals, mosques, schools and outside homes.

Y. said the squadron often recommended the suspension of air strikes on Hamas and Palestinian militia targets. He said the squadron was ordered to be certain that civilians were not in the area of the Israeli target.

“Sometimes it’s very frustrating because you actually see rockets being launched from mosques, schoolyards — from places you can’t attack,” Y. said. “If the situation is unclear, the attack will be aborted. Maybe we would return to strike the target at a different time, or maybe not hit the site at all.”