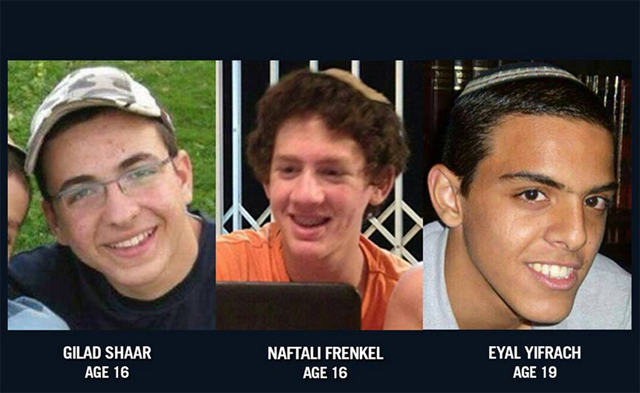 “As expected, and as we saw in previous instances during and immediately after Israeli wars with Hamas, findings show a spike in the popularity of Hamas and its leaders and a major decline in the popularity of Fatah and president Abbas. But, as in previous cases, these changes might be temporary and things might revert in the next several months to where they were before the war.” PSR: Special Gaza War Poll http://www.pcpsr.org./en/special-gaza-war-poll

Gaza War ends with a victory for Hamas leading to a great increase in its popularity and the popularity of its approach of armed resistance: for the first time since 2006, Hamas wins parliamentary and presidential elections if they were to take place today while West Bankers support transferring Hamas’ approach to the West Bank

These are the results of the latest poll conducted by the Palestinian Center for Policy and Survey Research (PSR) in the West Bank and the Gaza Strip between 26-30 August 2014. The period before the poll witnessed the eruption of the Gaza War which was preceded by the kidnapping and killing of three Israelis. More than 2000 Palestinians, mostly civilians, were killed during the war. About 70 Israelis, mostly from the military, were killed during the war. Our fieldwork started on the last day of the war and continued during the first four days of the ceasefire. This press release covers public perception of the war, who came out a winner, the ceasefire agreement, targeting of civilians, evaluation of the performance of various Palestinian actors during the war, and war impact on reconciliation. It also covers Palestinian elections, the internal balance of power, the June kidnapping and killing of the three Israelis, and others. Total size of the sample is 1270 adults interviewed face to face in 127 randomly selected locations. Margin of error is 3%.

Findings of this special Gaza War poll highlight dramatic changes in public attitudes regarding major issues. It goes without saying that the war was the major driver behind these changes. As expected, and as we saw in previous instances during and immediately after Israeli wars with Hamas, findings show a spike in the popularity of Hamas and its leaders and a major decline in the popularity of Fatah and president Abbas. But, as in previous cases, these changes might be temporary and things might revert in the next several months to where they were before the war.

It is worth noting that the size of the change in favor of Hamas is unprecedented since 2006. Indeed, if presidential elections were to take place today, Ismail Haniyeh would easily win over Abbas and Hamas would win the largest percentage of the popular vote in parliamentary elections. The overwhelming majority of the public views Hamas as the winner and Israel as the loser in this war. Furthermore, a similar majority views Hamas’ approach of armed confrontation with Israel as the most effective means of ending Israeli occupation. Indeed, an overwhelming majority of West Bankers wants to transfer “Hamas’ way” to the West Bank and rejects the demand to disarm the Islamist group or to disband the other Gazan armed groups. Findings also indicate that the public see Iran, Turkey, and Qatar as the most instrumental in supporting Hamas and helping Gazans remain steadfast against the Israeli attacks. By contrast, Egypt’s role is seen as week and unhelpful. Indeed, a majority believes that Egypt played a negative role in the ceasefire negotiations.

Finally, despite the fact that the Palestinian Authority, Abbas, and prime minister Rami al Hamdallah received little positive evaluation for their role during the war, a majority tends to give the reconciliation government a big role in the affairs of the Gaza Strip in the post war period. For example, a majority wants it to control border crossings and to supervise police and security sector employees; the largest percentage wants it to control borders with Israel and Egypt and to lead the reconstruction process in the Strip.

79% believe that Hamas has won the Gaza War; 3% believe Israel came out the winner; and 17% believe the two sides were losers.

An overwhelming majority of 86% support the launching of rockets from the Gaza Strip at Israel if the siege and blockade are not ended.

Only 30% believe that Hamas should warn Israeli civilians in the specific targeted areas before launching its rockets; 68% believe it should not do so.

Despite the current opposition to disarming Gaza groups, a majority of 54% support and 40% oppose Abbas’ position that argues that the reconciliation government must be committed to existing agreements reached between the PLO and Israel and rejects Hamas position that opposes Abbas’ argument. In our previous poll in June, support for Abbas’ position stood at 59%.

Yet, only 43%, compared to 53% last June, agrees with the statement that the inclusion of Hamas into the PLO means an implicit acceptance by Hamas of the PLO peace program and the existing agreements with Israel.

About two thirds (64%) believe that Iran, Turkey and Qatar combined have given the Gaza Strip the ability to remain steadfast against Israeli attacks and to be able to continue to launch rockets during the war; only 9% believe Egypt too has contributed to that. Iran comes on top with 28%, followed by Turkey (21%) and Qatar (15%); 25% select other countries or actors.

Moreover, only 25% describe Egypt’s role in the ceasefire negotiations as positive while a majority of 52% describe it as negative and 22% as neutral.

In an evaluation of the performance of the various Palestinian actors during the war, Prime Minister Rami al Hamdallah comes at the bottom, with 35% giving him a positive rating. The PA comes next with 36%, Abbas with 39%, the reconciliation government with 43%, and the PLO with 44%. On top comes Khalid Mish’al with 78% approval and Hamas with 88% approval. The approval rating for Abbas rises to 49% in the Gaza Strip and drops to 33% in the West Bank. By contrast, Khalid Mish’al’s approval rating drops in the Gaza Strip to 70% and rises to 83% in the West Bank.

(2) The reconciliation government and its role in Gaza after the war:

Optimism about the success of reconciliation and the end of the split rises to 69%; 28% remain pessimistic. In our last poll in June 62% were optimistic.

A majority of 51% wants to place the reconciliation government in charge of the Rafah crossing, but 38% prefer to keep it under Hamas’ control. In the Gaza Strip, 64% want to place the Rafah crossing under the control of the reconciliation government and only 25% want it under Hamas’ control. The same, with minor variation, applies to control over the crossings with Israel.

44% believe the responsibility for the reconstruction of the Gaza Strip should be placed in the hands of the reconciliation government while 39% prefer to place it in Hamas’ hands.

83% want the reconciliation government to pay the salary of the Gaza public sector that served the previous Hamas government; 13% are opposed to that.

Nonetheless, 72% agree with Hamas’ demand that security and police should remain under its control during the next 6 months, up until the elections; 24% disagree with that. Two months ago 66% agreed with that.

Level of satisfaction with the performance of Abbas decreases from 50% two months ago to 39% in this poll.

If presidential elections were between Marwan Barghouti and Haniyeh, the former would receive 45% and the latter would receive 49% of the participants’ votes. This is the first time in 8 years in which Haniyeh receives more votes than Barghouti. In our previous poll, Barghouti received the support of 58% and Haniyeh 38%. The rate of participation in this case would reach 77%.

If presidential elections were between three: Mahmud Abbas, Marwan Barghouti and Ismail Haniyeh, Haniyeh would receive 48% of the vote, Barghouti 29%, and Abbas 19%. The rate of participation in this case would reach 80%. In our previous poll in June 2014, Barghouti received 36% of the vote, Haniyeh 33%, and Abbas 28%.

A majority of 69% wants elections to take place within few to six months from today, 14% want them to take place after a year or more, and 12% do not want elections.

The public is divided over the two-state solution: 49% support it and 50% oppose it. In our last poll two months ago, 54% supported this solution and 46% opposed it.

81% are worried that they could be hurt by Israelis in their daily life or that their homes would be demolished and land confiscated. Only 19% are not worried.

The public is divided over the identity of those who carried out the kidnapping and the killing of the three Israelis: 32% accuse Israel, 30% accuse Hamas, 21% believe a Palestinian acted on his own, and 2% accuse Fatah.

42% support a dissolution of the PA; and 24% support abandoning the two-state solution in favor of a one-state solution. It is worth mentioning that two months ago only 41% indicated support for a return to an armed intifada.

61% believe that massive popular demonstrations could contribute to ending the Israeli occupation. But a larger majority of 72% favors the transfer of Hamas’ armed approach to the West Bank. Support for emulating Hamas in the West Bank stands at 70% among West Bankers and 74% among Gazans.