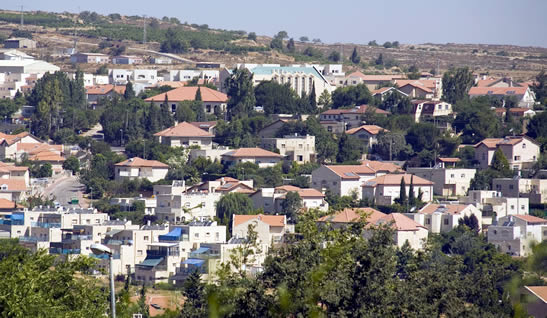 There is considerable confusion about the recent action of Israel’s civil administration declaring 988 acres of West Bank territory as state land. In general, West Bank territory may be divided into three legal categories: state land, private land, and land whose status is to be determined. The territory in question had the status of territory whose status is to be determined. Before the declaration of the land as state land, an investigation had to be undertaken by Israel’s civil administration that took several years in order to ascertain its exact status.

Those who oppose the recent declaration have 45 days to appeal the Israeli decision. When Palestinians have brought proof of ownership of contested territory to Israeli courts, including Israel’s Supreme Court, the courts have at times issued decisions calling on the Israeli government to restore the property in question to its Palestinian claimant, even if that requires dismantling the private homes of Israeli citizens. The determination of territory as state land as opposed to private land is a necessary action which helps avert errors in the future when these areas are developed.

But looking at the decision of Israel’s civil administration in a wider diplomatic context, it should be remembered that the Oslo II Interim Agreement, signed by Yitzhak Rabin and Yasser Arafat at the White House in 1995 (and witnessed by the EU), established a division of the West Bank into three areas: Area A, where the Palestinians had full control, Area B where there was mixed Israeli and Palestinian security control but full Palestinian civil control, and Area C, where Israel had full military and civilian control. Israeli responsibilities in Area C included the power of zoning and planning. The territory which Israel declared as state land is within Area C.

It should be stressed that the architects of the Oslo Agreements understood, as a result, that Palestinians would develop areas under their jurisdiction while Israel would develop areas it controlled as well. That is why there was no settlement freeze in the original Oslo Agreements. Over the years the Palestinians witnessed that what will determine Israel’s borders are negotiations and not construction; after all, Israel dismantled all its settlements in Sinai when it made peace with Egypt in 1979 and it withdrew all its settlements from the Gaza Strip as part of its Gaza Disengagement in 2005.

Moreover, looking to the future, the territory in question, at present, is part of a settlement bloc, south of Jerusalem, known as Gush Etzion, which was settled by Jews prior to 1948, but lost by Israel when it came under attack by Arab forces. During past negotiating rounds it became clear to Israelis and Palestinians alike that at the end of the day when a territorial compromise is reached, Israel will retain the settlement blocs (UN Security Council Resolution 242, drafted after the Six-Day War, never envisioned a full Israeli withdrawal to the pre-1967 lines in any case).

The determination that Israel will retain the settlement blocs is reflected in U.S. diplomatic communications like the 2004 letter by President Bush to former Prime Minister Ariel Sharon and the statements made by President Obama in 2011 about demographic changes on the ground and changes in the 1967 lines. The least controversial of these settlement blocs in past negotiations is, in fact, Gush Etzion.

Finally, there is the question of legality which has been a point of disagreement for many years. The question of legality comes from Article 49 of the 1949 Fourth Geneva Convention which prohibits moving the inhabitants in any occupied territory out of the occupied territory. The final section of the article also prohibits the transfer of the occupying power’s population into an occupied territory. The view of Israeli jurists, and important U.S. jurists as well (like Eugene Rostow, the former dean of Yale Law School), is that this section relates to the forciblemovement of an occupier’s population into an occupied territory. This language was incorporated after World War II as a reaction to Nazi German policies of forcibly transferring German Jews to Occupied Poland for extermination. It is no wonder that the Israeli Supreme Court never ruled that settlements are illegal, despite the announcements of a number of foreign ministries around the world.