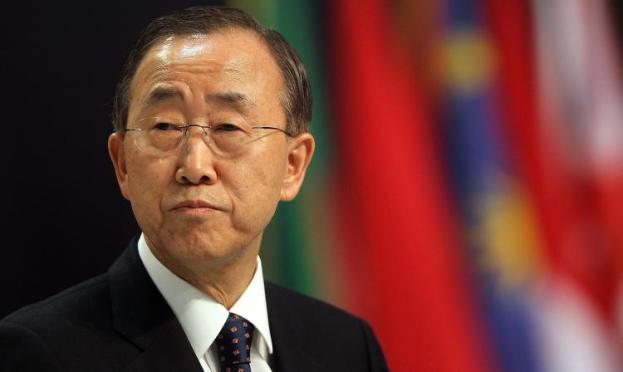 As one who was a teen ager with nothing but the greatest of hopes about the United Nations when it was founded in 1945, I wish now to tell you that largely because of your organization’s less than inspired leadership in the face of the escalating problems worldwide, I am joining most other Americans in believing that the United Nations has become not simply a waste of huge amounts of time and funds but, more importantly, a tool of the Organization of the Islamic Conference (OIC). One need only look at certain of the facts of the recent Gaza hostilities to appreciate the near total accuracy of this observation:

2. Moreover, the UN should be, indeed undeniably is, well aware that the Charter of Hamas calls directly and clearly not only for Israel’s destruction but for the annihilation of its Jewish population. How the UN General Assembly or the Security Council can fail in any way to condemn a non-state organization that so boldly and publicly declares – indeed in its very Charter – its contempt for and its intent to destroy a UN member state defies all reason and can only be attributed either to UN bias or to the pervasive influence of the OIC. Whatever the cause, however, the UN’s failure to publicly and openly support the existence of a member state over that of an Islamic terrorist non-state organization clearly violates the most fundamental principles of the UN Charter and causes most Americans to conclude that there is little or no reason to justify the UN’s continued funding by the USA.

3. The impending appointment of the very clearly anti-Israel biased William Schabas as head of the UN’s newly created commission to investigate the Gaza war only lends support to the belief by most Americans that there is little reason why the USA should continue funding the UN and its various sub-committees and commissions. Certainly, it would not have been at all a difficult task for the UN to locate a chairman for this new Gaza commission that was at least publicly acknowledged to be fair and unbiased. Instead, the UN follows exactly the precedent of its clearly biased and prejudiced Human Rights Council – a group so unfair and prejudiced that it focuses 9❑ percent of its funds and resources on investigating alleged Israeli shortcomings while totally ignoring almost all of the horrific and deadly activities going on today throughout the Muslim world.

4. And, finally, the ultimate of absurd lies – when the UN officials at UNRWA in Gaza state that they had no knowledge whatsoever that no fewer than three of their UNRWA schools in Gaza were being used by Hamas to store rockets. Do you really believe that anyone who knows how totally biased UNRWA and its officials are and have been for many years – and this includes most thinking and informed Americans – can believe that those officials knew absolutely nothing about the fact that hundreds of Hamas rockets were being stored in three of their schools? That is so laughable as to be preposterous. But at the very least, is it not incumbent on the UN, even if it wishes to believe such otherwise unbelievable lies, to promptly discharge those officials for the simple fact that they should very clearly have known that their schools were being so grossly misused?

I sincerely hope you will go to the effort of not only carefully reading this letter yourself but also circulating it to those among your UN colleagues who still wish to retain hopes that the UN can serve as an unbiased and fair actor and observer of world events and especially those involving Israel. For the moment, unfortunately, and as I said, there appear to be very few Americans who share such hopes.