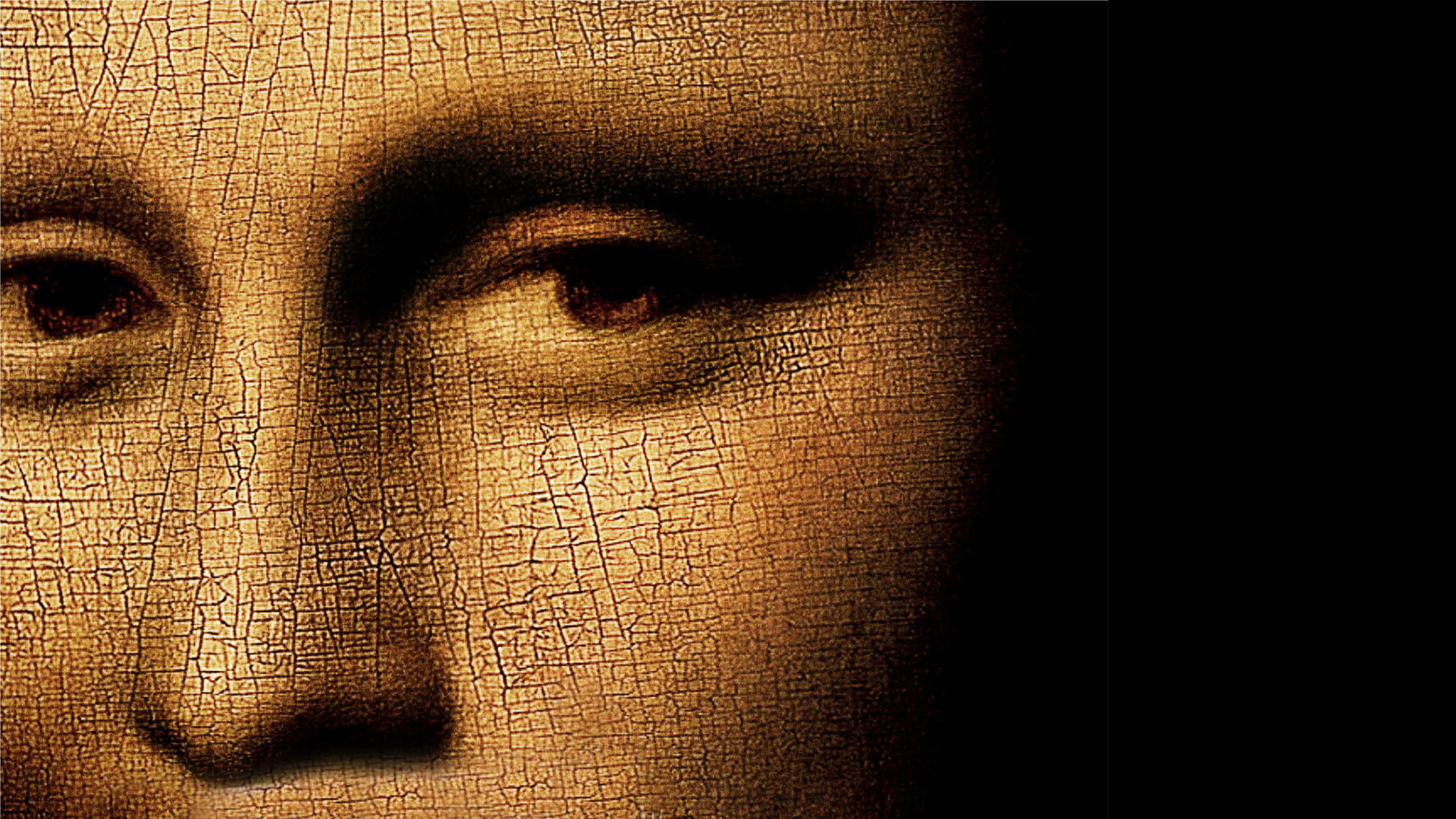 Islam watchers blogged all weekend about news that a secret archive of ancient Islamic texts had surfaced after 60 years of suppression. Andrew Higgins’ Wall Street Journal report that the photographic record of Koranic manuscripts, supposedly destroyed during World War II but occulted by a scholar of alleged Nazi sympathies, reads like a conflation of the Da Vinci Code with Indiana Jones and the Holy Grail.

The Da Vinci Code offered a silly fantasy in which Opus Dei, homicidal monks and twisted billionaires chased after proof that Christianity is a hoax. But the story of the photographic archive of

the Bavarian Academy of Sciences, now ensconced in a Berlin vault, is a case of life imitating truly dreadful art. It even has Nazis. “I hate those guys!” as Indiana Jones said.

No one is going to produce proof that Jesus Christ did not rise from the grave three days after the Crucifixion, of course. Humankind will choose to believe or not that God revealed Himself in this fashion. But Islam stands at risk of a Da Vinci Code effect, for in Islam, God’s self-revelation took the form not of the Exodus, nor the revelation at Mount Sinai, nor the Resurrection, but rather a book, namely the Koran. The Encyclopaedia of Islam (1982) observes, “The closest analogue in Christian belief to the role of the Koran in Muslim belief is not the Bible, but Christ.” The Koran alone is the revelatory event in Islam.

What if scholars can prove beyond reasonable doubt that the Koran was not dictated by the Archangel Gabriel to the Prophet Mohammad during the 7th century, but rather was redacted by later writers drawing on a variety of extant Christian and Jewish sources? That would be the precise equivalent of proving that the Jesus Christ of the Gospels really was a composite of several individuals, some of whom lived a century or two apart.

It has long been known that variant copies of the Koran exist, including some found in 1972 in a paper grave at Sa’na in Yemen, the subject of a cover story in the January 1999 Atlantic Monthly. Before the Yemeni authorities shut the door to Western scholars, two German academics, Gerhard R Puin and H C Graf von Bothmer, made 35,000 microfilm copies, which remain at the University of the Saarland. Many scholars believe that the German archive, which includes photocopies of manuscripts as old as 700 AD, will provide more evidence of variation in the Koran.

The history of the archive reads like an Islamic version of the Da Vinci Code. It is not clear why its existence was occulted for sixty years, or why it has come to light now, or when scholars will have free access to it. Higgins’ account begins,

On the night of April 24, 1944, British air force bombers hammered a former Jesuit college here housing the Bavarian Academy of Science. The 16th-century building crumpled in the inferno. Among the treasures lost, later lamented Anton Spitaler, an Arabic scholar at the academy, was a unique photo archive of ancient manuscripts of the Koran.

The 450 rolls of film had been assembled before the war for a bold venture: a study of the evolution of the Koran, the text Muslims view as the verbatim transcript of God’s word. The wartime destruction made the project “outright impossible”, Mr Spitaler wrote in the 1970s.

Mr Spitaler was lying. The cache of photos survived, and he was sitting on it all along. The truth is only now dribbling out to scholars – and a Koran research project buried for more than 60 years has risen from the grave. Why Spitaler concealed the archive is unknown, but Koranic critics who challenge the received Muslim account suspect his motives. Higgins reports,

“The whole period after 1945 was poisoned by the Nazis,” says Gunter Luling, a scholar who was drummed out of his university in the 1970s after he put forward heterodox theories about the Koran’s origins. His doctoral thesis argued that the Koran was lifted in part from Christian hymns. Blackballed by Spitaler, Luling lost his teaching job and launched a fruitless six-year court battle to be reinstated. Feuding over the Koran, he says, “ruined my life”.

He wrote books and articles at home, funded by his wife, who took a job in a pharmacy. Asked by a French journal to write a paper on German Arabists, Luling went to Berlin to examine wartime records. Germany’s prominent postwar Arabic scholars, he says, “were all connected to the Nazis”.

Why were the Nazis so eager to suppress Koranic criticism? Most likely, the answer lies in their alliance with Islamist leaders, who shared their hatred of the Jews and also sought leverage against the British in the Middle East. The most recent of many books on this subject, Matthias Kuntzel’s Jihad and Jew-Hatred, was reviewed January 13 in the New York Times by Jeffrey Goldberg, who reports

Kuntzel makes a bold and consequential argument: the dissemination of European models of anti-Semitism among Muslims was not haphazard, but an actual project of the Nazi Party, meant to turn Muslims against Jews and Zionism. He says that in the years before World War II, two Muslim leaders in particular willingly and knowingly carried Nazi ideology directly to the Muslim masses. They were Haj Amin al-Husseini, the mufti of Jerusalem, and the Egyptian proto-Islamist Hassan al-Banna, the founder of the Muslim Brotherhood.

It may be a very long time before the contents of the Bavarian archive are known. Some Koranic critics, notably the pseudonymous scholar “Ibn Warraq”, claim that Professor Angelika Neuwirth, the archive’s custodian, has denied access to scholars who stray from the traditional interpretation. Neuwirth admits that she has had the archive since 1990. She has 18 years of funding to study the Bavarian archive, and it is not clear who will have access to it.

Von Bothmer, Puin, and other scholars will finally have a chance to scrutinize the texts and to publish their findings freely – a prospect that thrills Puin. “So many Muslims have this belief that everything between the two covers of the Koran is just God’s unaltered word,” he says. “They like to quote the textual work that shows that the Bible has a history and did not fall straight out of the sky, but until now the Koran has been out of this discussion. The only way to break through this wall is to prove that the Koran has a history too. The Sana’a fragments will help us to do this.

In 2005, Puin published a collection of articles under the title, Die dunklen Anfange. Neue Forschungen zur Entstehung und fruhen Geschichte des Islam (“The dark beginnings: new research on the origin and early history of Islam,” Hans Schiller Verlag, 2005). This drew on the work of the pseudonymous German philologist “Christoph Luxenburg”, who sought to prove that incomprehensible passages in the Koran were written in Syriac-Aramaic rather than Arabic. Luxenburg’s thesis became notorious for explaining that the “virgins” provided to Islamic jihadis in paradise were only raisins. The Koran, according to the research of Puin and his associates, copied a great deal of extant Christian material.

Apart from the little group at the University of the Saarland and a handful of others, though, the Western Academy is loathe to go near the issue. In the United States, where Arab and Islamic Studies rely on funding from the Gulf States, an interest in Koranic criticism is a failsafe way to commit career suicide.

Neuwirth has led the attack on “Christoph Luxenburg” and other Koranic critics who dispute the traditional Muslim account. According to Higgins, “Ms Neuwirth, the Berlin Koran expert, and Mr Marx, her research director, have tried to explain the project to the Muslim world in trips to Iran, Turkey, Syria and Morocco. When a German newspaper trumpeted their work last fall on its front page and predicted that it would ‘overthrow rulers and topple kingdoms’, Mr Marx called Arab television network al-Jazeera and other media to deny any assault on the tenets of Islam.”

Despite her best efforts to reassure Islamic opinion, Higgins reports, she has stepped on landmines herself. “Ms Neuwirth, though widely regarded as respectful of Islamic tradition, got sideswiped by Arab suspicion of Western scholars. She was fired from a teaching post in Jordan, she says, for mentioning a radical revisionist scholar during a lecture in Germany.”

The story thus far recalls the ending of another Indiana Jones film (Raiders of the Lost Ark), in which the Ark of the Covenant is filed away in an enormous warehouse, presumably never to be touched again. The Muslim world will continue to treat Koranic criticism as an existential risk, and apply whatever pressure is required to discourage it – albino monks presumably included.

But that is not the end of the matter. The Islamic world is forced to adopt an openly irrational stance, employing its power to intimidate scholars and frustrate the search for truth. It is impossible for Muslims to propose a dialogue with Western religions, as 38 Islamic scholars did in an October 13 letter to Pope Benedict XVI and other Christian leaders, and rule the subject of text criticism out of the discussion.

Precisely for this reason, Church leaders see little basis for a dialogue with Islam. Jean-Louis Cardinal Tauran, who directs the Pontifical Council for Interreligious Dialogue, told the French daily La Croix, “Muslims do not accept discussion about the Koran, because they say it was written under the dictates of God. With such an absolutist interpretation, it’s difficult to discuss the contents of the faith.”

Throughout the Internet, Islamist sites denounce the work of a handful of marginalized scholars as evidence of a plot by Christian missionaries to sabotage Islam. What the Muslim world cannot conceal is its vulnerability and fear in the face of Koranic criticism. In the great battle for converts through the Global South, this may turn out to be a paralyzing disadvantage.