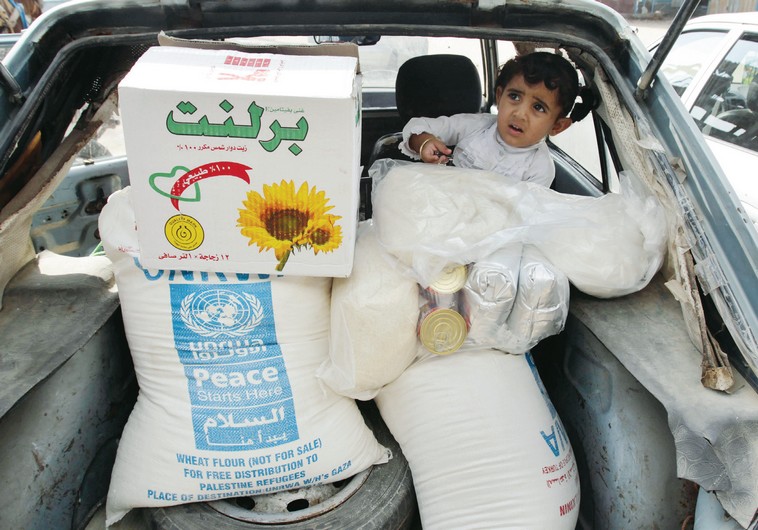 Sweden may no know it yet, but its recent recognition of the State of Palestine may conflict with its support for a United Nations Refugee organization that it backs to the tune of tens of millions of dollars per year.

Stockholm’s October 30 recognition of the State of Palestine prompted Israel to withdraw its ambassador. Jerusalem insisted that supporting Palestinian unilateral moves at the United Nations will only make it more difficult to bring the Palestinians back to the negotiating table to iron out the thorny issues that have made peace so elusive. But the Swedes insisted that their recognition of Palestine was intended to promote the cause of “peaceful co-existence between Israel and Palestine.”

That may sound well-intentioned, but here’s the rub: Sweden is the fifth largest supporter of UNRWA – the United Nations Relief and Works Agency, which provides social and welfare services to the original Palestinian refugees from the 1947-1949 Arab–Jewish war.

UNRWA took quite a bit of heat for a Hamas tunnel found beneath one of its facilities during the Gaza war this summer, and for turning over rockets found at one of its facilities to Hamas “authorities.” But that pales in comparison to the scorn it has earned for its policy of recognizing the descendants of the original refugees – a policy that has led to the mushrooming of refugee figures from 800,000 in 1949 to more than 5 million today.

Indeed, UNRWA has effectively perpetuated the refugee problem, making any amelioration or resolution of their situation that does not involve the demand to “return to Palestine” virtually impossible.

For the Swedes, the problem is not only that they have supported this problematic arm of the UN to the tune of $54.4 million last year. Stockholm appears to have tied itself into a policy knot through its recognition of Palestine.

The Swedes say Palestine “fulfills the… criteria of international law: there is a territory, a people and a government.”

The territory they refer to is defined by the pre-1967 cease-fire lines– meaning the West Bank and Gaza.

An estimated two million Palestinian refugees currently live in the West Bank and Gaza – the territory that Sweden recognizes as the State of Palestine.

How can they continue to be registered as “refugees from Palestine” – the country to which they demand to return – if a state already exists? Sweden, in other words, has inadvertently exposed a fundamental contradiction in the policies of those who support UNRWA and also back the unilateral Palestinian statehood initiative. Indeed, Spain, Great Britain and Ireland have joined this club, with recent votes affirming support for Palestinian statehood, even as they bankroll UNRWA.

It also underscores the “almost supernatural significance” Palestinians attribute to UNRWA as embodying international support for their demand for a “return to Palestine.”

Now that Sweden has assessed that Palestine meets the criteria of a state, is it prepared to address this longstanding Palestinian refugee narrative, along with UNRWA’s role in perpetuating it? The way to do so would be to issue a clear statement that Palestinians living in Palestine (the West Bank and Gaza) would no longer be recognized as “refugees.”

If the Swedes fail to take this simple and logical move, the implication would be that their recognition of Palestine is intended not to promote peaceful co-existence between Israel and Palestine, but rather to perpetuate dangerous and irredentist policies that have long characterized the Palestinian narrative, not to mention the refugee agency that purports to speak in its name.

Einat Wilf, a former Knesset member, is a Senior Fellow with the Jewish People Policy Institute and an Adjunct Fellow with the Washington Institute for Near East Policy. Jonathan Schanzer, a former terrorism analyst at the US Department of the Treasury, is vice president for research at Foundation for Defense of Democracies.