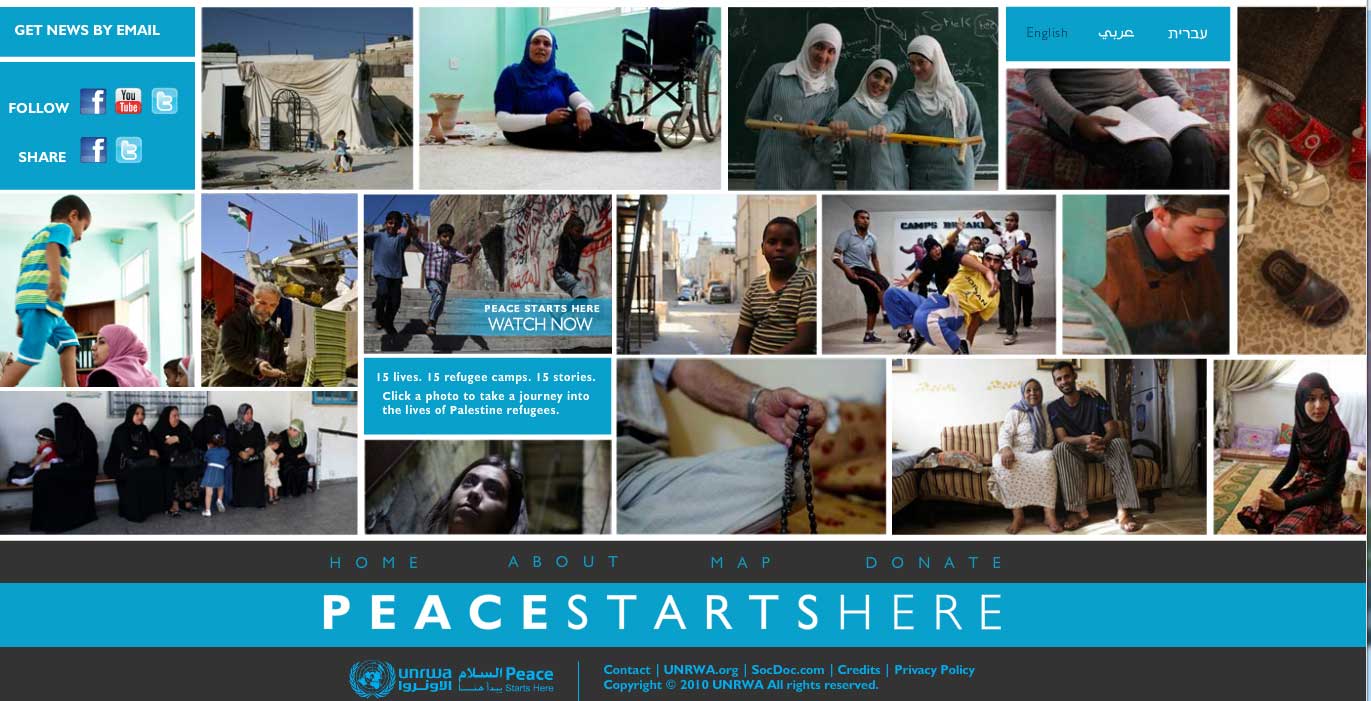 In 2010, to some fanfare, UNRWA launched a campaign called “Peace Starts Here.”

Its flagship video, only viewed some 11,000 times in four years, uses the word “peace” a lot but never really defines what it means by peace. Not once is Israel mentioned and there is no indication that even one cent of this “peace” program is being spent on teaching Palestinian Arabs to co-exist peacefully with Israel.

Instead, UNRWA is calling all of its programs “peace” in order to raise money for the things it already does,which have nothing to do with the normal definition of peace.

If you don’t believe me, here is how UNRWA itself describes the program. See if you can make any sense of it. To UNRWA, peace isn’t what we normally call peace. Indeed, UNRWA spends no time or money on actually teaching its refugees that Israelis are normal human beings, let alone people to make peace with.

No, UNRWA knows that its funders lover the word “peace” so it plastered the word on top of programs that may be useful or interesting, but none of which promote real peace.

I don’t know how much UNRWA spent on a series of  about 18 videos showing off various programs that they all label “peace” – showing off a rehabilitation center or  teaching breakdancing to Gaza kids. Each video must have cost tens of thousands of dollars. None of them besides the one shown above had over 10,000 views.

They all point back to a very slick “Peace Starts Here” webpage which also must have cost tens of thousands of dollars.

Unfortunately, you can no longer visit this page. The domain has lapsed.

How much was spent on this colossal waste of time, effort and money?

Too bad that a UN agency funded by the world’s countries isn’t transparent enough to tell us.