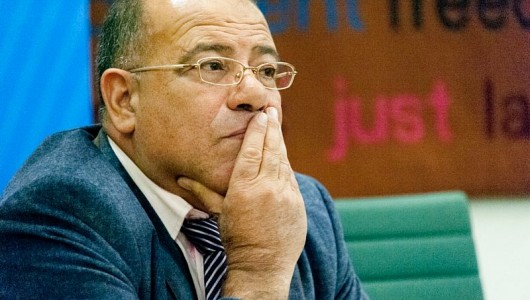 This is an event summary of a speech given by Bassam Eid, Director of the Palestinian Human Rights Monitoring Group, Dr. Arnon Groiss, Director of Research for the Institute for Monitoring Peace and Cultural Tolerance, and David Bedein, Director of the Center for Near East Policy Research, on 4 November 2014. It reflects the views expressed by the speakers, not those of The Henry Jackson Society or its staff.

On 4 December 2014, Bassam Eid, Dr. Arnon Groiss, and David Bedein, spoke at the House of Commons on the topic of ‘Perpetuating Statelessness? UNRWA, Its Activities and Funding.’ The speakers raised several questions, notably: does UNRWA perpetuate the stateless status of the refugees and their descendants? Is there basis for the fears that Hamas has taken over UNRWA and uses its resources to finance the war against Israel? And what role should be taken on by donor nations, considering that they ultimately have the power to regulate UNRWA’s policies through funding?

Dr. Arnon Groiss – Director of Research for the Institute for Monitoring Peace and Cultural Tolerance

David Bedein, MSW – Director of the Center for Near East Policy Research