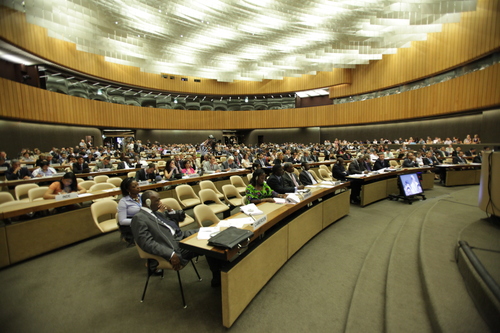 The Palestinian Authority is aggressively seeking to have itself declared a “state” by joining treaties and international organizations, thereby pressuring Israel and the United States to accept outcomes they long ago rejected.

In a fantasy that only seems sensible after years of incubating at the United Nations, the Palestinians believe they can create “facts on the ground” in the UN’s hallways, rather than on real ground in the Middle East.

While these disputes profoundly impact Israel and the region generally, they also have significant, often-unrecognized consequences for both America and the United Nations.

In their starkest form, they raise the question: Do the international organizations and treaty bodies prefer the active participation of the Palestinian Authority, or of the United States?

As 2014 ended, the Security Council narrowly rebuffed one PA effort to fix a time limit on negotiations with Israel over creating a Palestinian state under conditions that essentially resolve every disputed issue adversely to Israel.

The UN General Assembly had previously declared “Palestine” to be an “observer state” (a status nowhere found in the UN Charter), and UNESCO actually admitted “Palestine” as a member in October 2011.

The PA will likely renew its Security Council campaign early this year. The only remaining obstacle is the prospect that Washington will veto any such effort, as it always has before. The PA plainly hopes that President Obama’s hostility to Israel will allow a slightly modified version of the defeated resolution to pass.

In the meantime, the PA, pretending to be a “state,” claims to have acceded to a number of treaties, including the Statute of Rome, which created the International Criminal Court. In moving to join the ICC, the PA clearly envisions prosecutions of Israel for supposed war crimes, thus further undermining the Jewish state.

Indeed, the flip side of the campaign for UN-recognized Palestinian “statehood” is an assault on Israel’s legitimacy, as the “Zionism is racism” resolution once did.

For example, by continually raising the 1948 General Assembly Resolution 194 (the basis for Palestinian refugees’ alleged “right of return” to resettle in Israel), the PA invites the question of whether it really recognizes Israel’s right to exist.

Yet all of this will have dramatic consequences for the United States.

First, US law requires cutting off funding to UN agencies that admit the PA as a member state. (Congress first adopted this requirement following the PLO’s failed 1989-90 campaign to join UN specialized agencies.)

Thus, since UNESCO admitted the PA in 2011, Washington has withheld its UNESCO assessments. After two years of nonpayment, the United States lost its voting rights in 2013 pursuant to UNESCO’s Charter (as did Israel, which had also stopped funding).

On the other hand, since our assessed contribution was 22 percent of the agency’s budget, the loss of US funding was devastating to UNESCO. The Obama administration’s repeated efforts to weaken the legislative prohibitions have all failed.

The potential consequences for the entire UN system are enormous if PA memberships continue to grow. Many Americans already don’t want to be in the United Nations, or to pay our current assessment levels, and would welcome automatic defunding.

Even if Washington lost its UN General Assembly vote for nonpayment, it wouldn’t lose its vote — and veto — in the Security Council. America’s vote is written into the UN Charter, which can’t be amended unless (among other things) the United States itself consents.

As for the ICC, America is not a party. In my happiest moment of government service, I informed the United Nations that we were “unsigning” the Rome Statute.

And while the ICC thus faces no direct funding implications, the PA most definitely does. Under US law, America’s support to the PA (about $400 million a year) ceases if the PA presses to join the ICC.

On the other hand, ICC advocates have longed to persuade the Obama administration to reject the Bush position and re-sign the Rome Statute. But the Senate would then still have to ratify the treaty — and the chances of success there fall to zero if the PA becomes a party.

In short, these likely consequences of the PA’s efforts should spur the administration to intense efforts to prevent the Palestinians from marauding their way through the UN.

But who knows? The ultimate irony could well be that the obsessively multilateralist Obama administration winds up presiding over one of the greatest debacles for international organizations since the Senate rejected Woodrow Wilson’s Versailles Treaty.

And we’d have the Palestinian Authority to thank for it.

John Bolton is a former US ambassador to the United Nations. This article was originally published by The New York Post.