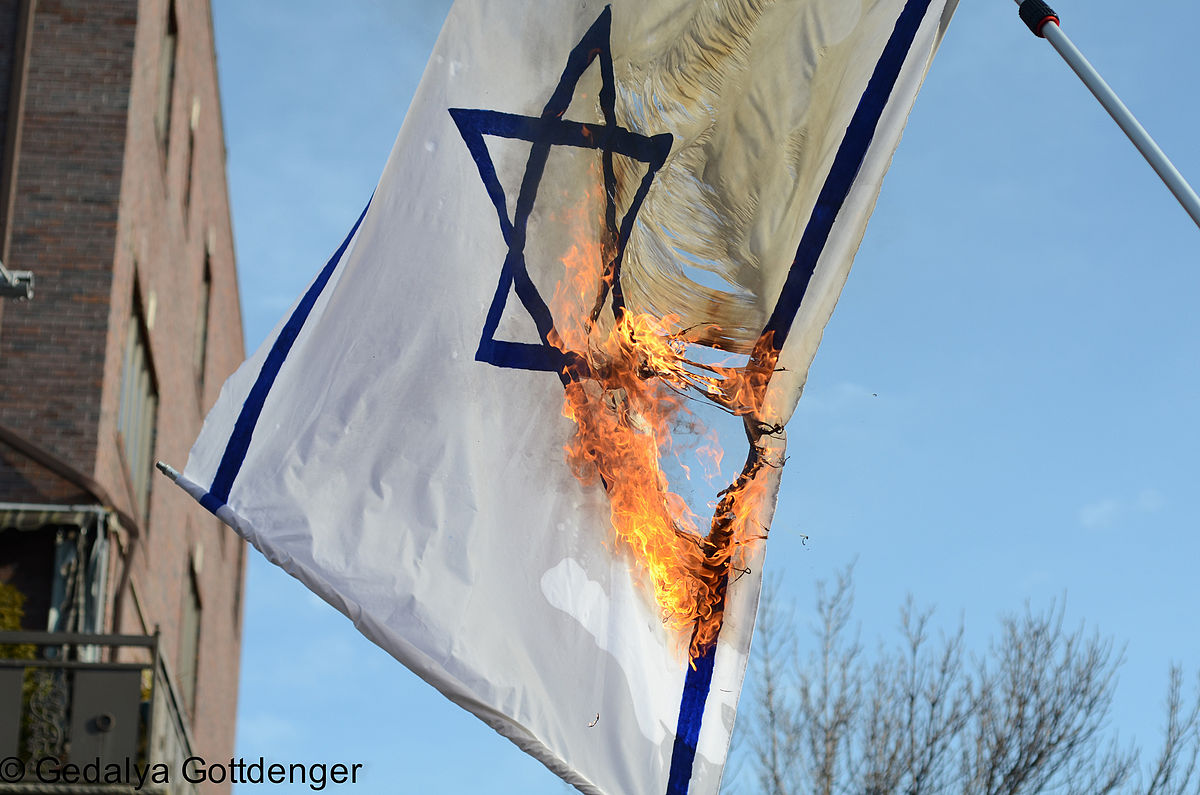 Op-ed: The jihad’s brainwashing machines are not alone; they are backed by the lies against Israel in the media and in the academia.

Blatant statements against Zionism, Jews and Israel, which usually include blatant and intimidating lies, are considered part of the circle of enlightenment and progress. They are given a platform in newspapers which are considered to be serious.

In the Independent newspaper, Israel was labeled as “a community of child killers.” According to the Newsweek website, Jews endanger world peace.

The average Muslim viewer asks himself, rightfully, how are Western countries letting this crime go on. Why aren’t there much more sanctions against Israel? Why is the United States bombing the Islamic State rather than Israel? Why are economic ties between Israel and Western countries only growing stronger?

Considering the lies being presented in many of the leading media outlets about these unstoppable crimes, these questions are correct. Anti-Israel protest in London. ‘The propaganda of lies against Israel is turning not only Israel, but the entire West, into an accomplice in the crimes against Muslims’ (Photo: Gettyimages)

All these explanations don’t help. Because when it comes to the global media, one receives the opposite impression. About 2,000 people murdered in Nigeria last week by one of the global jihad branches get a marginal reference compared to a young Palestinian who threw stones and was killed by Israeli soldiers.

If this is what happens in leading news outlets, from CNN and the BBC to Le Monde and the New York Times – in the Arab news outlets, led by al-Jazeera, the situation is much worse. Israel is presented as the biggest monster on earth. And the decadent West, which pretends to be advanced and enlightened, cooperates with the monster. Attack against Charlie Hebdo newspaper. ‘If the free world is so corrupt, if it doesn’t care about Muslim life, and if, in addition, it mocks Prophet Muhammad – then this attack is completely justified’ (Photo: AFP)

In some cases, this misrepresentation encourages and justifies the Boycott, Divestment and Sanctions (BDS) campaign, whose unconcealed goal is to deny Israel’s right to exist. In other cases, it leads to real action. If the free world is so corrupt, if it doesn’t care about Muslim life, and if, in addition, it mocks Prophet Muhammad of all people – then the terror attack against the Charlie Hebdo newspaper is completely justified.

One of the guests of honor on every Western media channel is Europe’s leading Muslim intellectual, Tariq Ramadan. He has been receiving huge exposure even in the past few days.

We should listen to him. He is against terror. Of course he is. But he immediately goes on to provide justifications for terror.

The last person to defeat him in a public debate was Nicolas Sarkozy, before he was elected president in France. But usually the man spreads his doctrine without being undermined. And this doctrine mainly includes an understanding and justification of terror.

So terror must be fought. But we must not forget the anti-Israel propaganda of lies. It’s not guilty of terror. It’s only guilty of encouraging terror.