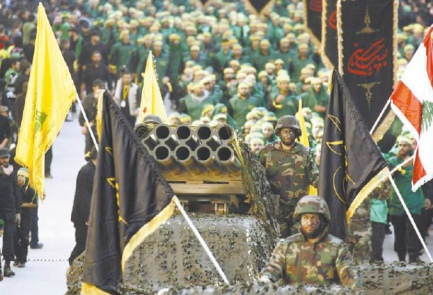 The assassinations of General Mohammad Ali Allahdadi of Iran, Hezbollah’s Jihad Mughniyeh (son of Imad Mughniyeh) and the others who were with them on the Syrian Golan Heights on Sunday raise a fundamental question that should be discussed with no connection to the specifics of the incident (which I, like most of the people who are dealing with the subject publicly, do not know).

Two major things should be discussed when an issue like this comes up before the decision-makers. The first is the expected gain if the action should succeed. The second is the price to be paid regardless of success.

In Sunday’s strike on the Syrian Golan Heights, the first question is directly connected to the reason why the members of this high-ranking group were in the area. For example, we should be asking: Who were they? Did they travel to the Syrian Golan Heights in order to carry out a large military action against Israel in the near future? Were they in the area as part of early reconnaissance to start putting things in place? During that time, did they start discussing future options, but without planning any specific action? Was that to be the starting point of a future surprise attack by Hezbollah against Israel? Is there also a possibility that the group’s meeting had nothing to do with Israel, but was part of a plan to assist Syrian President Bashar Assad’s regime? In any case, Israeli intelligence has a critical role in such a situation: to clarify the facts.

The second part of the discussion is less precise because we are talking about assessments, not facts. The question is what will be gained, assuming that the identities of the group members are known and the action is well planned. Will the planned attack on Israel be called off? Maybe it will only be postponed; if so, for how long? Does the other side have an alternative to the plan that the assassination would scuttle? Once more: If so, how long before they carry it out? The purpose of these questions is to give the decision-makers an insight into whether it is worthwhile and appropriate to take the risks that the assassination would entail.

The assassination of the high-ranking officials this week seems like a direct hit to the other side’s capabilities (a hit that will result in the postponement, if not the cancellation, of the action they were planning). This can be seen as a signal to the Iranians and to Hezbollah that there are red lines, and that the response will be severe if they dare cross them.

Because of the general situation in the Middle East, with everything in constant change and flux, Israel must show, not by talk but by action, what its limits are. If Israel does not, it could find itself in an impossible situation in the future because of the array of forces and capabilities that its enemies have acquired. Thus, for example, the growing presence of Hezbollah in the Golan could present Israel with a dual front in every future war against the menacing terrorist organization to our north. That is something that must be prevented.

Assuming that the above reflects, more or less, an accurate analysis of Israel’s needs, and that these conclusions reflect the expected gains from the assassination, attributed to Israel, the question must be asked: What is the risk? In fact, the main question should be how Iran and Hezbollah will respond.

The other side has three response options, and I don’t know which they will choose:

1. An action on the Golan Heights. Hezbollah, with support from Tehran, will try to build such capability, wait for an opportunity and then try to strike a painful blow to Israel on the Golan Heights. That is the most convenient solution both for Hezbollah and for Iran. It will send a clear message that the Hezbollah–Tehran axis rejects the red line drawn by Israel, and at the same time, a terror attack of this kind will not allow Israel to act against Hezbollah’s vital interests in Lebanon.

In addition, when Israel attacks Lebanon, Hezbollah can portray itself as “the defender of Lebanon,” and by doing so justify putting the Lebanese population at risk with its responses. It will never gain this kind of legitimacy if it responds to an Israeli action in Syria. Its explanations will not be accepted because in such a case, the suffering of Lebanon’s civilians will be unjustified.

For this reason, Hezbollah and the Iranians will choose to focus their response on the Golan Heights, which will reduce the risk that Israel will respond inside Lebanese territory.

2. An operation abroad. Hezbollah’s Shiite allies can look for opportunities to strike at Israel overseas. This line of action has already been taken twice in the past, with the terror attacks in Argentina. The bombing of the Israeli embassy and of the AMIA Jewish community center in Buenos Aires came in response to the assassination of Abbas al-Musawi (Nasrallah’s predecessor as secretary general of Hezbollah) and the attack on Hezbollah fighters in a training camp in Lebanon. In addition, in recent years the Iranians and Hezbollah have masterminded dozens of attacks all over the world against Israeli targets. They had little success, but there is no doubt that they will be making an even greater effort if that is how they decide to respond to the blow they suffered.

3. An operation from Lebanon. This could take the form of a ground operation on the border or the firing of rockets or missiles at Israel. Such an action exposes Hezbollah to a situation that it does not want, since Israel will be able to use such an attack to settle scores. Nasrallah knew that this was a realistic and painful possibility, particularly in light of Israel’s capability. He saw only a tiny fraction of it in the 2006 Second Lebanon War and is not in a comfortable enough situation to face that again. For him, the risk is too great — the price could be high.

Hezbollah, which is invested in Syria, is working to save Assad. It has lost hundreds of its fighters and finds it inconvenient to open another front at this time. It is also not definite that this is an Iranian interest right now, as Iran, which is suffering economically, is in talks with the superpowers and perhaps coming close to an agreement. Still, the plummeting oil prices could soar during a regional war, which Tehran, cynically, could profit from.

To sum up: Since nobody knows as of now what the Iranians and the heads of Hezbollah are going to decide, we can be sure that the army and the intelligence officials will be taking these possibilities into account and preparing for each of them. Since the other side will have to respond sooner or later, we must be ready for any response and any scenario.