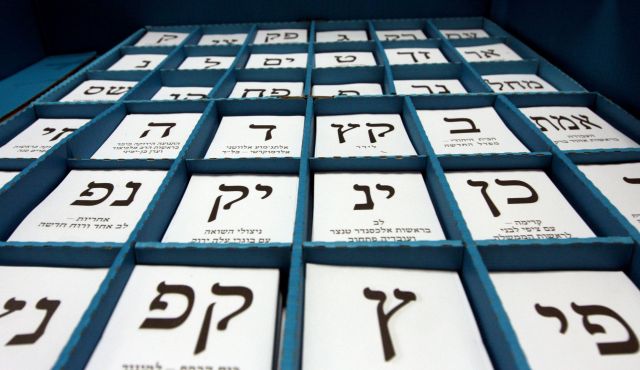 It soon turned out to be the gnashing of teeth and wailing laments emanating from Washington and Brussels accompanied by dirges of disbelief from every media journalist and political pundit.

The week prior to Election Day saw a huge influx of media from overseas most of whom based themselves in Jerusalem. They pontificated from their own little bubbles and preconceived prejudices. Virtually all of them sent reports back to their offices predicting doom and destruction for Netanyahu and his Likud party. These premature eulogies were written by journalists with a transparent agenda who salivated at the prospect of an electoral massacre and waxed joyously at the prospect of their left leaning idols being swept to power by an Israeli electorate fed up and eager for peace at any price. In this skewed perception they were not alone because their left wing Israeli colleagues also enthusiastically contributed to this chorus of the politically correct.

Joining forces with the media were groups dedicated to the downfall of Bibi many of them funded by overseas interests who all had a stake in promoting the demise of any right-wing realities. Thus former security personnel, some of them disgruntled and nursing frustrated ambitions, banded together to warn “ignorant” voters of the folly of voting for anyone other than the delusional left. Advertisements costing vast sums of money were published and demonstrations organized all designed to demonstrate how far we would fall if we did not vote according to their collective wisdom.

Aiding and abetting these efforts were those in Washington and Europe whose sole desire was and is to get rid of Netanyahu by hook and by crook. No Israeli election has seen such overt and covert activity on the part of foreign interests and this aspect is something which should be investigated and exposed now that the elections have been completed.

Complicit in this massive campaign to influence voters was the local media, aided and abetted by their overseas friends. For weeks prior to polling day stories of alleged scandals and sordid goings on in the Prime Minister’s residence and family surfaced. Blown up out of all proportion these so-called revelations were accompanied by disparaging comments and irrelevant material.

Combined with all this dirty tittle-tattle we were then subjected to three forms of media brainwashing.

The first was an incessant bombardment of the most blatant and patronizing type. Night after night so-called enlightened and educated spokespersons of the liberal, secular left harangued and ridiculed all those who had the temerity to challenge their vision of Israeli society. Thus, religious Jews were ridiculed as superstitious primitives and those whose origins were from certain countries were deemed as ignorant. This constant denigration on the one hand and smug elitism on the other, combined to cause a massive reaction on Election Day. It helped to portray the left alternative as a group out of touch with ordinary people, antagonistic to Jewish tradition and dismissive of a love for and devotion to the Jewish faith and Land of Israel.

The second aspect was gross interference via the media by vested interests seen as antagonistic to Israel. Instead of swaying the electorate to see the folly of their ways it rather antagonized locals and produced a late groundswell of support for those parties targeted.

The third form of attempted brain washing concerned the opinion polls. Every day and sometimes twice a day we were subjected to endless poll results all purporting to know the wishes of the voters. Ignoring the fact that the sample of respondents was about 500 and that in all probability diverse ethnic groups were under represented, the results were trumpeted as some sort of divine revelation. Needless to say the common denominator was a victory for the prematurely crowned left and a dismal showing for the nationalist right. This continual torrent of torrid news was no doubt designed to plant in the minds of voters and especially undecided individuals the notion that there was no point in voting for right-wing parties as the trends all showed a victory for the opposition.

On election night at 10pm as the polls closed the 3 main Israeli TV channels projected the results of the exit polls. All of them showed a tie between the Zionist Camp (alias Labor) and Likud at 27 seats. This was vastly different from the opinion polls over the last month or so. As I have explained on various occasions it is not over “until the fat lady sings” and in this case the fat lady had to wait for the official ballots to be counted. This, however, did not prevent opponents of Netanyahu from celebrating a perceived victory and issuing declarations of hallelujah psalms of praise. They were joined by media commentators and others who thought they could smell an upset.

As Wednesday morning dawned and over 90% of the ballots had been counted it soon became clear that there had indeed been an upset but not the sort that anti Bibi leftists had anticipated. Likud had achieved 30 seats and Labor sunk to 24. The results for other parties soon made it clear that the left had no chance of forming a viable coalition and this was confirmed when Yitzhak Herzog conceded defeat. Despite all opinion and exit polls the final results were dramatically different and all the so-called experts, commentators, pundits and disgruntled politicians (aspiring and existing) were left looking foolish.

What went wrong and are there lessons to be learnt? Here are my observations as an Israeli voter and also as someone who is involved with the media and who meets advocates from both sides of the political spectrum.

First and foremost these election results demonstrate that the ordinary citizen is not fooled by the antics of those who seek to sway and influence them. In fact, if anything, interference by individuals and groups outside the country who manipulate and use others in Israel to determine the outcome of elections is highly resented and boomerangs to such an extent that the end result is exactly the opposite of what was intended.

Furthermore the average person in the street is offended and put off by elitist experts who think they alone know what is best for the country and who in the process denigrate and demean anyone who dares to voice a contrary opinion. The spectacle of a political party which purports to represent the workers and disadvantaged, rubbishing those very people who believe that Judaism and love of country go hand in hand, had the effect of alienating large sectors of the population. Moreover, continuing to peddle visions of messianic peace while refusing to acknowledge the genocidal aims of those we are supposed to surrender territory to can no longer be sold as a viable product to a population battered by rockets from territory already vacated.

Demographic changes are slowly but surely having an effect at the ballot box. The one or two children families of Tel Aviv are being outpaced by the large traditional and religious families from the rest of the country and these potential voters in the main tend to vote for right-wing nationalist parties (secular and religious). By alienating this growing sector, liberal left elites are committing political suicide.

Economic disparities certainly need to be addressed and I believe this will be high on the agenda of the new Government. However, unless there is a realistic and hard-nosed policy to deal with terror, security and peace, economic dividends will not be achievable or sustainable.

Post election reactions reveal that lessons have still not been taken on board. The same liberal left who knew better than anyone else what was best for the country are still bitterly blaming ignorant voters and predicting doom and gloom. Instead of internalizing their mistakes these elitist self-proclaimed experts continue to denigrate those who did not vote according to their perceived wisdom. All they are managing to achieve is a larger bloc of disgusted citizens and even less votes for their preferred parties in the future.

The local and international media as well as some politicians overseas are also performing as per script. Instead of acknowledging their ill-informed and biased prognostications they continue to pontificate about the errors of the Israeli electorate and offer gratuitous advice as though citizens are just a pack of ignorant dummies.

As for the pollsters, they, after an initial stunned period of disbelief, are offering up all sorts of excuses and in some cases hinting at dark conspiracies. In actual fact the reasons for their dismal showing is very clear. Being bombarded at all times of the day by pollsters ringing, texting and interviewing, the average voter is fed up. Discerning a campaign to influence the outcome I am sure that respondents to these endless surveys gave misleading answers and deliberately rendered the polls as unreliable. Many refused to answer exit polls on the day and many who did also gave incorrect responses. The bottom line is that the only ballot which counts is the actual one on the day and that attempts to influence the choice, by fair means or foul, will no longer succeed.

A common trait is the refusal by all these media & political experts to acknowledge their mistakes which brings to mind a quote from the late Harold MacMillan, the former British Prime Minister:

“I have never found in a long experience of politics, that criticism is ever inhibited by ignorance.”