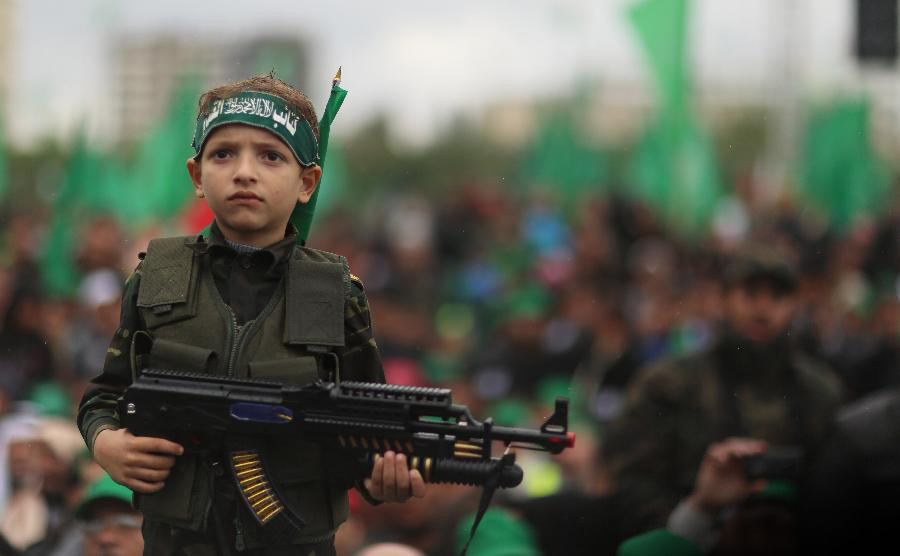 Our center has produced a short film, ‘Children’s Army of Hamas,’

which documents that Hamas has not changed its mindset.

The film shows that Hamas continues to indoctrinate
children to engage in terror.

Shot on location in Gaza, the film features interviews with

leaders of Hamas and students who live in UNRWA facilities, the agency which provides aid to the vast majority of Gaza residents.

The film reveals that Hamas now recruits and exploits 17,000 young teens for their army.

Drafted from UNRWA by Hamas, the film interviews teens attending war
games, where they learn how to use lethal weapons.

Training children for combat represents a clear human rights violation, as spelled out in the United Nations Convention on the Rights of the child.

Article 3.1 of the UN Convention on the Rights of the Child requires that “in all actions concerning children… the best interests of the child shall be a primary consideration.” Article 6 requires all UN agencies

to recognize “that every child has the inherent right to life,” and, further, that UN agencies “shall ensure to the maximum extent possible the survival and development of the child.”

Donor nations and the media can now watch Hamas leaders articulate their vision and also listen to youngsters who are now trained as combatants. .

It will be instructive if the EU and the donors to UNRWA will consider visual evidence of Hamas human rights violations perpetrated against children.