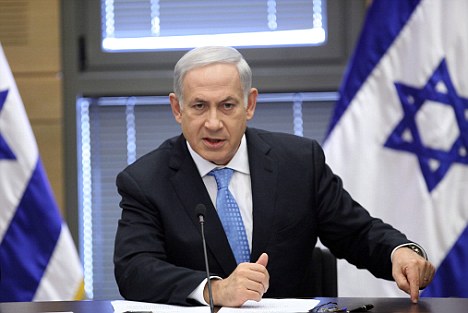 Netanyahu to Megyn Kelly: Peace Agreement Must Be Negotiated, Not Imposed

The two discussed a two-state solution, a nuclear weapons deal with Iran, and the difference between being president of the United States and prime minister of Israel.

Netanyahu appeared to walk back his remarks this week about opposing a two-state solution. He told Kelly that he didn’t retract anything he said in his 2009 speech, in which he said he supported a peace deal. Netanyahu said he still wants a demilitarized Palestinian state to recognize a Jewish state, but that the conditions today are not achievable. Netanyahu said we must get the Palestinians back at the negotiation table, where they must break their pact with Hamas and accept the idea of a Jewish state.

Kelly questioned Netanyahu on reports that President Barack Obama sees no path to a peace agreement and is threatening to abandon Israel at the United Nations.

“I hope that’s not true, and I think that President Obama has said time and time again, as I’ve said, that the only path to a peace agreement is an agreement, a negotiated agreement. You can’t impose it,” he said.