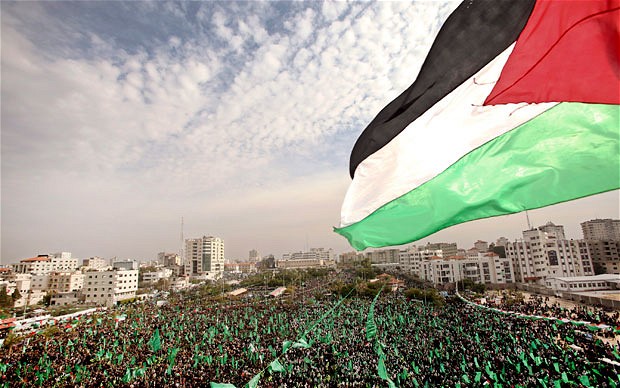 Since the onset of the war between Israel and the Hamas-led coalition of Palestinian terrorist organizations in Gaza (July – August 2014), Israeli human rights organization Btselem has launched a targeted campaign that is designed to bring the story of the war through the eyes of the Palestinian population.

As of February 16, 2015 Btselem has published on its website 2 reports from Gaza in the Photo Blog called “Eyes Wide Open”1 and 26 testimonies of Palestinians, collected by the following field researchers: Muhammad Sa’id, Muhammad Sabah, Khaled al-‘Azayzeh, Iyad Hadad (based in Ramallah), Salma a-Deb’i (based in Nablus), Musa Abu Hashhash (based in Hebron), ‘Atef Abu a-Rub (based in Jenin) and Deema Darawshy.

B’Tselem brags that it “ensures the reliability of information it publishes by conducting its own fieldwork and research” and that “the focus on documentation reflects B’Tselem’s objective of providing as much information as possible to the Israeli public.”2

Nevertheless, ALL of Btselem’s photo reports and testimonies focus entirely on the suffering of the Palestinian population during the war, while enthusiastically embracing the Palestinian narrative of victim-hood and wilfully ignoring any other facts that may challenge its credibility.

Muhammad Sabah, B’Tselem’s field researcher, explained the need for providing a photographed documentation from Gaza. “The fighting during Operation Protective Edge made it practically impossible to get around Gaza to document events as they unfolded.”

He added, “We take pictures of formerly vibrant, densely populated neighborhoods that have been reduced to rubble. We meet people living amidst the ruins. They have nothing. They tell of their efforts to take shelter from the elements, to ward off the cold and the rain. They tell of their despair and helplessness.”

The pictures taken by Sabah and his team only show scenes that amplify the Palestinian misery, and he concludes his purported objective account with a note that sounds more as propaganda than facts. “The extent of devastation defies the imagination. It is nightmarish. The only ray of hope is the sight of children playing, playing in the rubble.”

Sabah reveals that he and he team carried out Btselem’s documenting mission during three months in which they travelled across the Gaza Strip with their cameras. Although such an operation requires an advance approval of the Hamas authorities in Gaza, Sabah refrained from referring to this issue or elaborating the terms and conditions that most probably were imposed by Hamas on the Btselem’s team.

The results of this mission speak for themselves. During the three months of travelling across the Gaza Strip, the Btselem team failed to document even one tiny evidence showing the presence of the armed terrorist militias in the urban area of the Gaza Strip, in which they waged a fierce fighting against Israel Defence Forces (IDF). Sixty six (66) IDF soldiers were killed and 469 wounded during the 51 day war.

Only one Palestinian interviewee mentioned in his testimony the activity of the Palestinian militias. Shadi Muhammad Saleh Taleb, resident of Beit Hanoun, told a Btselem’s field researcher the following: “Palestinian armed operatives are very active by the border with Israel, not far from residential areas, and Israel bombs those spots. For the most part, these are bare, uninhabited areas and Israel always bombs them at the beginning of any military operation in the Gaza Strip.”3

Taleb’s statement is general, not necessarily referring to the last war in Gaza and moreover inaccurate, to say the least. All Palestinian terrorist organizations abstained from holding positions in bare and uninhabited areas in which they could easily be spotted and targeted by the IDF. Their modus operandi was based on blending in residential areas, using civilians as human shields, bobby-trapping houses, digging attack tunnels through houses and turning them into military outposts. Detailed intelligence information declassified by the IDF showed the vast extent of this strategy.4

No trace of these facts can be found in the testimonies collected by Btselem field researchers in the eights months following the war. Btselem’s field researchers chose not to ask the Palestinian interviewees the most basic questions as it would be expected from any objective researcher. Their purported objective reports are in fact skewed and one-sided. This overt anti-Israeli and biased approach exposes once again, aside from the low quality of research methodology, the real agenda of Btselem that sacrifices the principles of objectiveness and credibility which promotes its pro Palestinian political goals.

Muhamad Abu Haloub, 75, a retired Education Ministry director, describes how he and his family evacuated their Beit Lahiya home on military orders5

Rima Kasab describes life with her children in fear, under the shadow of war in Gaza City, July 20147

Bilal al-Astal recounts bombing that killed 9 in Gazan café, where he and others were watching a World Cup match8

Bassam Khatab on the missile that killed his 5-year-old son, ‘Abd a-Rahman, at home, in Deir al-Balah10

Nabilah Abu Halima, who saw her son killed in Operation Cast Lead, relates how the family had to flee their home again11

Sa’eed al-Hadad relates bombing of al-Batsh home in Gaza City with no prior warning, which killed 18 family members12

Muhamad Abu Haloub, 75, a retired Education Ministry director, describes how he and his family evacuated their Beit Lahiya home on military orders13

Faiza a-Luah on being forced to flee her home in northern Gaza with her children; their previous home was destroyed in Operation Cast Lead14

May Hamadah, 33, who is fully paralyzed, describes the bombing of the hostel she lives in, which killed two and injured four15

‘Abd al-Fatah Fiad, a farmer from al-Qararah, relates how he and his family fled to Khan Yunis, abandoning their home and livestock18

‘Abd al-Fatah Fiad, a farmer from al-Qararah, relates how he and his family fled to Khan Yunis, abandoning their home and livestock20

Wisam Shuheibar relates how a missile killed his 8-year-old daughter and her cousins, 7 and 10, while they were feeding pigeons on the roof22

Shadi Barakeh, 12, tells of his life after losing his father and home in Gaza in Operation Protective Edge28

Fatmeh Sukar, of a- Shuja’iyeh, Gaza City, tells of living in substandard conditions in a house damaged in the war29

Shuruq Abu Tu’eymah, mother of four, tells of her bombed home and living in an UNRWA school30