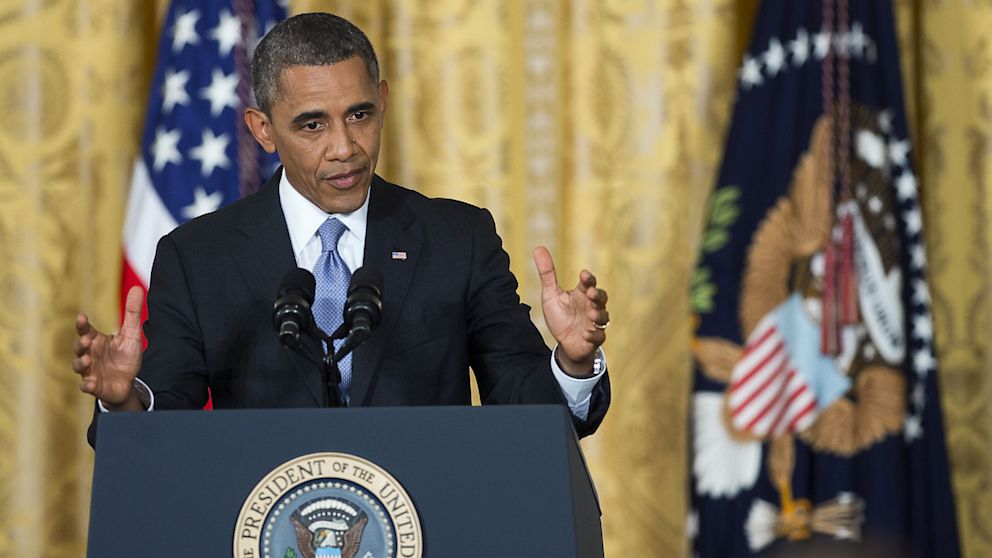 What he forgot to mention was that the Torah contains the promise by G-d that the Promised Land was to be the homeland of the Jewish People. The entire Promised Land and not truncated parts of it. Nowhere is there any mention of a division of this land and handing over its heartland to a people who did not exist. Also missing in his entire speech was the fact that the stop at Mount Sinai was a temporary one and that the final destination of the Hebrews was the Land of Israel.

Really? What about the “wretched refuse” Jewish citizens of Germany, Austria, Czechoslovakia, Poland etc. who desperately tried to gain admittance from 1933 to 1939? What about those turned back on ships such as the St. Louis to Europe and death?

Given the cheating that has taken place already over many years exactly how is the USA going to know about and how long after the event? Given the massive failures of US intelligence in the past what confidence can one have in their current ability to detect cheating? How many secret facilities and programs are currently undetected? Does anyone seriously believe that once sanctions are lifted and the billions of dollars flow into Iran and trade deals are made with Russia, China and the EU that there is any remote chance of full and effective sanctions being reimposed? Look at North Korea as the perfect example of how cheating can be got away with. How have US policies prevented Nth. Korea from developing nuclear weapons and threatening its neighbors. If we take this as an example then Obama’s rhetoric and pledges are just hot air and not worth a dime.

We are witnessing today the complete collapse of any US deterrent against Iranian schemes to ferment terror in the region. We are witnessing the abandonment of long time allies and a total bankrupt plan to defeat terror sponsoring States. Why should Israel therefore feel comforted at empty words and pledges. When the inevitable occurs and Israel once again faces life threatening scenarios the UN will censure and the US will dither.

Not mentioned is the fact that when Nasser blockaded the Straits of Tiran which flagrantly violated international maritime law, the US Administration conveniently forgot its pledges and promises. Despite appeals from Israel to uphold freedom of navigation, Lyndon Johnson dithered and did nothing. This despite previous iron clad promises of US action if such a scenario should ever occur. So much for US pledges then and no doubt in the future when Iran threatens to nuke Israel.

Arab Palestinian aspirations were invented after 1967. The right to an Arab Palestinian State was rejected in 1947, 1948 and right up to 1967. From 1948 to 1967 when the so called “West Bank” was illegally by the Jordanians, as well as half of Jerusalem, the establishment of a “Palestinian” Arab State with Jerusalem as its Capital was not even considered. Only after the Jordanian illegal occupation was ended did the fake Palestinians suddenly discover their “love and devotion” for a State.

Then as now, their sole aim is the elimination of the Jewish State and the fact that Obama ignores this and their continuing incitement speaks volumes about the Administration’s real agenda. Take a look around the Middle East today and find where Islamic States are living in peace, democracy and brotherhood. Their hatred for one another is only surpassed by their burning desire to murder Jews and destroy Israel.

Only a naive fool would place any value on that guarantee. Once Abbas and his gang control the heights overlooking Ben Gurion airport and are within tunneling distance of Highway 6 and Tel Aviv, what sort of US “back support” is going to help? How would placing half of Jerusalem within sniper, mortar and other fire help peace? Handing over sites which contain Jewish Holy places and cemeteries to those same people who desecrated and destroyed Synagogues prior to 1967 is hardly a recipe for peace. Handing over territory in Israel’s heartland to those who do not know the meaning of democracy and human rights and who vow to ethnically cleanse Jews from their territory makes a mockery of Obama’s promises. Just as the US did nothing prior to 1967 to assert Jewish worship rights at the Kotel, Kever Rahel and Hebron so any future such violations of Jewish rights would meet a similar fate.

The intentional whitewashing of Arab anti Jew hate and poisoning of the next generation using aid provided by donor nations including the USA is a scandal which is deliberately ignored. Therefore when Obama asserts that he is a fighter against Judeophobia one has to take that with a grain of salt. If he was really serious he would be condemning the daily outpouring of hate and Judeophobia, delegitimization of Judaism and Israel which issues forth from the Hamas/Fatah PA and other Arab countries. His silence is therefore telling and speaks volumes about how much Jews and Israel can really place in his professions of friendship and concern.