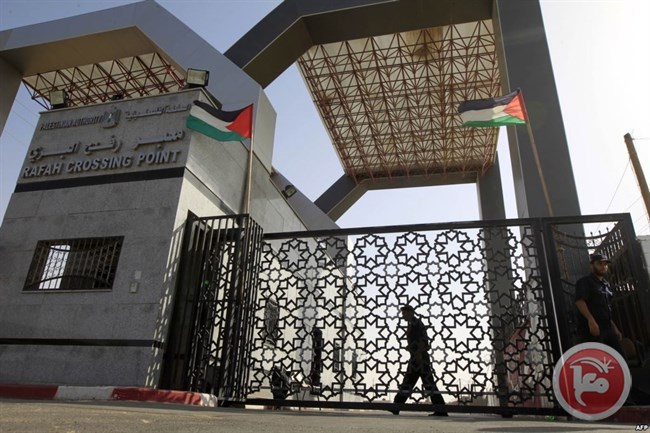 The Egyptian authorities closed the Rafah crossing Thursday evening after it was open for three days to enable those stuck in Egypt and other countries to return to the Gaza Strip.

Director of the Gaza border and crossings Maher Abu Sabha said that a total of 1,629 Palestinians were able to return to the Gaza Strip from the Egypt between Tuesday and Thursday.

Traffic was allowed only to enter from Egypt, however exit from the strip was not permitted.

The crossing currently has no date scheduled for reopening.

Some 15,000 people are registered with the Gaza Ministry of Interior to travel via the Rafah crossing, 3,000 of them are ill, and over 2,500 are students.

The number registered is a fraction of the 1.8 million residents who have remained under a Israeli-imposed blockade since 2007.

The WHO reported that April was the second month in 2015 that Rafah was completely closed by Egypt in both directions for all travelers, “including for patients and medical aid,” adding that the crossing has been opened for 5 of the 120 days this year so far.

Egypt has done little to alleviate Israel’s blockade, as relations with Gaza’s de facto leaders in Hamas have continued to deteriorate.

Egypt accuses Hamas of aiding a militant insurgency in the northern Sinia that Egyptian forces have been fighting since President Mohamed Morsi was ousted by the army in July 2013.

Scores of Egyptian soldiers and policemen have been killed in attacks, many carried out by a militant group formerly known as Ansar Beit al-Maqdis, which recently changed its name after affiliating with the Islamic State militant group.

Although Hamas denies the accusations, Egypt had largely kept the Rafah crossing sealed, and is creating a wide buffer zone along the border with Gaza.

Last week dozens of Palestinians were sentenced to death by an Egyptian court for allegedly carrying out espionage on behalf of the outlawed Muslim Brotherhood and Hamas between 2005 and 2013, “with the aim of perpetrating terror attacks in the country in order to spread chaos and topple the state.”