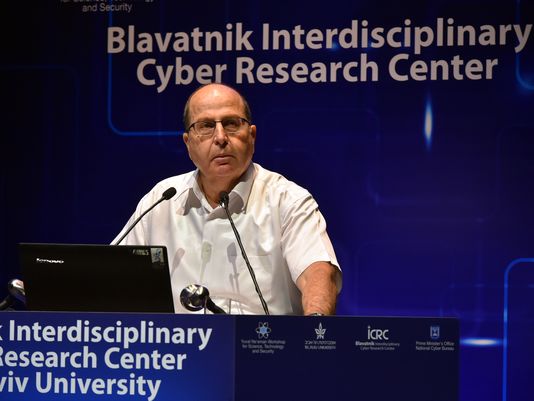 Defense Minister Moshe Ya’alon confirmed Wednesday that Israel was the target of cyber attacks by Iran during last summer’s Gaza war and by Hezbollah, which reportedly ran an operation going back three years.

He also confirmed for the first time findings from Tel Aviv-based Check Point Software Technologies, which reported to its clients in March that Israel, several Western countries and other Mideast states had since 2012 been targets of a sustained cyber spying campaign that the company believed was run out of Lebanon.

At the time, Check Point did not specifically name Hezbollah as the culprit for the cyber spying campaign, which the company dubbed “Volatile Cedar.” It only noted that command-and-control servers supporting malware activities were traced to a hosting company in Lebanon, while several other servers were registered with “a very similar” Lebanese address. According to the cyber security and information technology firm, the campaign was based on Trojan horse computer malware planted in its targets, which was activated to collect data over extended periods.

“Monitoring these cyber infections was very challenging, due to the numerous ways in which they were disguised by the hackers,” the Check Point report noted.

But Ya’alon, in his Wednesday address, flagged Hezbollah for the Trojan horse penetrating cyber campaign. “A few months ago it was reported that activities by Israeli security specialists uncovered and destroyed a Trojan horse planted in Israeli systems by, according to the report, the Hezbollah organization,” he said.

“Today it’s obvious that the cybernetic field is a war-fighting domain in and of itself, which includes defense and offense. While conventional warfare is conducted in geographic theaters and on land, sea, air and even space, this domain knows no borders. The cyber domain has no geographic boundaries,” Ya’alon said.

More than 10 years ago, as then-Israel Defense Forces (IDF) chief of staff, Ya’alon recalled, he authorized the establishment of the C4I Branch as part of the IDF General Staff.

Last week, he approved a decision by Lt. Gen. Gadi Eisenkot, IDF chief of staff, to establish a Cyber Command within two years that would integrate defensive operations and developments now performed by the C4I Branch with collection and offensive operations performed by Unit 8200 and other sectors of Military Intelligence.

“The capabilities and the requirements of today oblige us to make organizational changes and to stand up this new command,” Ya’alon said.