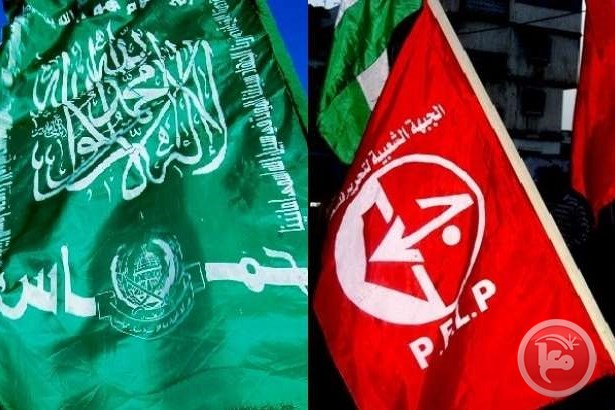 GAZA CITY (Ma’an) — Hamas and Popular Front for the Liberation of Palestine (PFLP) officials met in the Gaza Strip on Thursday to discuss recent developments in the process of maintaining and implementing a national unity government.

The two factions focused on the importance of reconciling the national unity government as a national necessity and spoke about finding solutions to the obstacles that have hindered the unity deal thus far.

The two factions announced that they would like to hold a leadership meeting to deal with the most recent obstacles concerning the national unity government.

Last week five new ministers were announced as part of the Palestinian Authority’s government reshuffle, in an alleged attempt to preserve and reform the unity government.

The Hamas movement disproved of the move, and said the reshuffle was “unconstitutional and outside consensus.”

The unity government was formed in June 2014 in a bid to end division between the Fatah-led PLO and Hamas, but has so far been unsuccessful in doing so.

Hamas and the PFLP also discussed the consequences of the latest decisions by the UNRWA to cut funding to many public services due to lack of donor money.

Protests across the Gaza Strip have taken place, rejecting the service cuts.

Both factions agreed on escalating popular resistance to push the UNRWA to reconsider the cuts.