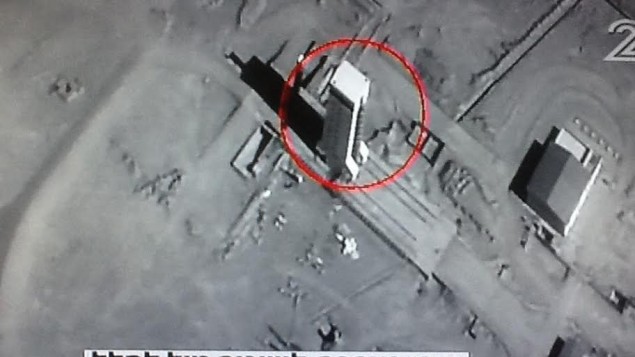 Just when you think you have heard it all, another revelation pops up to prove that in fact the worms are still crawling out of the Vienna can.

First of all it is important to know the exact definitions of the condition called denial which afflicts so many politicians and media commentators alike. I have identified five explanations.

Don’t these definitions fit the current situation like a glove?

The Iranian envoy to the IAEA (International Atomic Energy Agency) has stated that the agreement between Iran and the IAEA is secret and cannot be divulged to the US Senate or Congress.

At the same time the Deputy Head of the Iranian Atomic Energy Agency proclaimed, “The nuclear agreement will not bring a rapprochement between the US and the Islamic Republic.” He went on to comment that the Vienna text is not regarded as an international agreement, convention or treaty and therefore does not need to be submitted to the Iranian Parliament for approval. That is why it is called a Joint Comprehensive Plan of Action. In other words it is a “voluntary” obligation on all parties. It means that this worthless piece of paper does not obligate any of the P5 + 1 countries or Iran to do anything.

In the same week a top Iranian General commented after massive street demonstrations shouting death to the USA and Israel: “this agreement means that Iranians hate the US a hundred times more.”

Iranian Foreign Minister Mohammad Javad Zarif, who negotiated the deal for Iran, said the international sanctions regime has collapsed in the deal and will not return. “The structure of the sanctions that the US had built based on the UN Security Council’s resolutions was destroyed, and like the 1990s when no other country complied with the US sanctions against Iran, no one will accept the return of the sanctions (in the future),” Zarif boasted.

It is reported that Iran’s Supreme Leader has published a new book on the topic of outwitting the USA and destroying Israel. He predicts “Israel fatigue” on the part of the international community and envisages a Palestinian State established by the UN with Jews ethnically cleansed.

Presumably by now you get the drift of where the Vienna piece of paper is taking us. Not to worry however. While the Europeans and others shrug their shoulders at least the Obama Administration has our best interests at heart. A senior US official who prefers to remain nameless has told Israeli sources that “if Israel is attacked by Iran, the US would protect it.” He then is reported as having added: “we are appalled that Iran calls for the destruction of Israel after this agreement and we will do everything to defend Israel. The agreement reduces the need for a military attack (against Iranian nuclear facilities). We do not expect Iran to change its behavior and we do not think the Iranian Government wants peace or that we will change their behavior.”

Translating this diplomatic double speak we can safely assume that all the spin about the alleged virtues of this dubious deal is just hot air designed to obscure the real dangers lurking around the corner. Based on past performances, how comforted should we be, knowing that after the Iranians have dropped their nuclear bomb on Israel, the USA will ride to our rescue? By then it will be too little too late. If the Vienna document is everything its apologists claim it to be, why do we need to be assured of American protection? Surely it is better to make sure that the Iranians do not get anywhere near producing a bomb or have the means to deliver it. Obviously those in a state of denial do not want to face reality that stares them in the face.

In case you think that being in denial is confined to the Iranian threat, think again. Here are just three examples of how this malady is alive and well in other places as well.

The US Homeland Security Chief has announced that Muslim terrorism is simply “violent extremism.” Four unarmed marines were murdered in Tennessee by a radicalized Muslim. The US Government has decided however to call it an act of violent extremism and not Islamic terrorism out of respect for the Muslim community. Critics have pointed out that this is a failed strategy because the Muslims whom the Government is trying to appease are the very ones supporting the same extremist ideology that drives the jihadists. Those in denial cannot distinguish reality however.

The Russian Foreign Minister has embraced the head of the Hamas political bureau in Doha, Qatar. Mr. Lavrov promised him that “Russia will work together with other countries to ensure that all Palestinian Arabs can return home and stay there forever. Russia together with other countries will solve the Palestinian problem as soon as possible.” Other countries presumably include New Zealand. Given that the charter of Hamas calls for the murder of Jews and the elimination of Israel it takes heavy doses of denial to support this. Based on past performances of the UN this should not present any obstacle.

To cap off another vintage week it was reported that Kim Jong Un, the Supreme Leader of North Korea has received an award from the Sukarno Center in Indonesia for his work in promoting peace, justice and humanity and persistence in fighting neocolonialism. Given the lack of comment one can only gasp at this latest display of international hypocrisy.

From Wellington to Washington and all points in between, it seems that denial is alive and well.