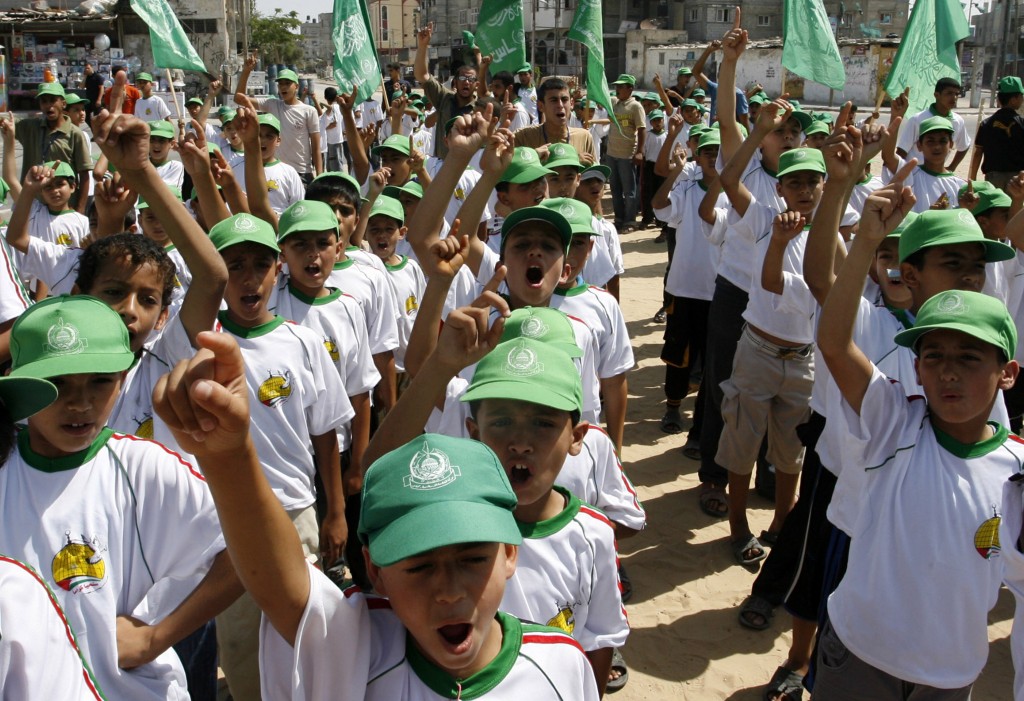 On July 28, Al-Mayadeen TV reported on Hamas “Vanguard of Liberation” summer
camps, which provide military training to youth. According to the report,
25,000 participants trained in various camps throughout the Gaza Strip, the
goal of which was to “instill spirit of Jihad in these cubs.” Footage posted
on the Internet shows naval and military training, including shooting,
hand-to-hand combat, and drills.

Anchor: “This is the first step in the creation of the army of liberation.
Today’s training constitutes tomorrow’s preparedness, as the ‘Izz Al-Din
Al-Qassam Brigades say. The ‘Vanguard of Liberation’ summer camps are a
building block in the shaping of the future generation, raised on the
culture of resistance. The backbone of this culture is 15 year-old youth,
but it does not exclude anybody, not even those almost 60 years of age. It
has a single goal.”

Rashed Anwar Abu Diqqa: “I go to the summer camp because it teaches young
people lots of useful things. I have a single message to the world: With the
enemy that killed my father in the recent war there can be no dialogue, but
that of the rifle.”

Anchor: “Here differences melt away. Political and party affiliations are no
obstacle for the camp members, who have united under the banner of
resistance. Physical fitness, military expertise, scouting skills and
lessons in religion are among the training they receive for several hours a
day in the camps, which last for ten days. 25,000 participants raised the
banner of the resistance in the ‘Vanguard of Liberation’ summer camps. These
took place in various training camps throughout the Gaza Strip. Their slogan
and their prayer are one: There is no substitute for the homeland of
Palestine. From where we stand, it is over 90 kilometers to Jerusalem, but
for these youth it is much less. Reaching the Al-Aqsa mosque has become
intertwined with the aspiration for liberation, which strikes further roots
with every chant that resounds in these camps.”

Drill Sergeant: “The goal of these camps is to instill the spirit of Jihad
and of fighting in these cubs, these youth, so they will become the next
generation of liberation.”

Instructor: “We have come to train in this military outpost, near that
(Israeli) outpost, where the mujahideen of the Al-Qassam Brigades recorded
their most glorious battles in the 2014 war. Allah willing, we will be the
generation to liberate Jerusalem and the Al-Aqsa Mosque.”

Trainee: “I say to the Zionist enemy: You, who claim to be an unvanquished
army, will be defeated. This is the generation of the ‘Vanguard of
Liberation,’ and Allah willing, it will vanquish you and regain our
homeland.”

The Middle East Media Research Institute (MEMRI) is an independent,
non-profit organization providing translations of the Middle East media and
original analysis and research on developments in the region. Copies of
articles and documents cited, as well as background information, are
available on request.

MEMRI holds copyrights on all translations. Materials may only be used with
proper attribution.