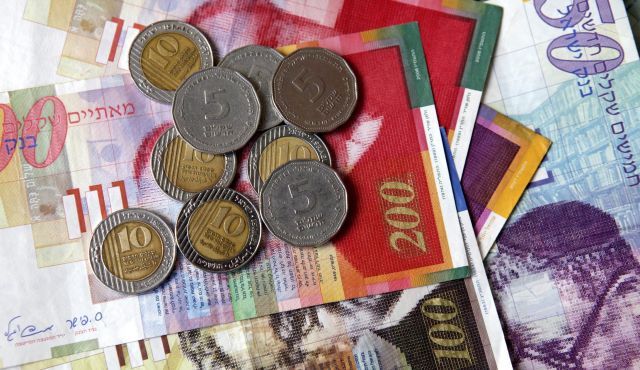 [Dr. Aaron Lerner – IMRA: A concrete proposal: minimum wage [NIS 25 today]
for every hour someone [be he an Israeli or a Palestinian] is in
administrative detention with the minimum wage for a 5 day a week worker
(NIS 1,073 today) paid weekly and the rest of the payment paid to the
detainee if he completes the period of incarceration without being sentenced
to at least 10 years in prison. The idea behind the 10 years is that if you
deny someone his freedom without charging him for a crime he had better be
so dangerous that you are willing to pay to keep him out of circulation
while at the same time giving the security system a huge incentive to
ultimately successfully prosecute dangerous people for serious crimes. In a
week the compensation is NIS 4,200 of which NIS 3,127 is held in deposit.
Jump to a year and we are talking about NIS 219,000 of which NIS 163,199 is
going to the detainee if the security system can’t ultimately come up with
enough evidence to get him sentence for ten years in prison. Now that’s an
incentive for good police work!]

The debate over administrative detention pits national security concerns
against the rights of people who, while believed to represent serious
security threats, for some reason cannot be charged and put on trial.

Under the present system in Israel, those held in administrative detention
are not compensated for their loss of freedom — or even the financial
consequences of being unable to go to their workplaces.

As a result, when the State weighs the costs of administrative detention
against the benefits in a given case they seriously understate the costs
since most of these costs are borne by the person being detained.

The same can be said for expulsion orders barring an individual from the
area he either lives in or works in.

Former Shin Bet Director Kadima MK Avi Dichter noted in an interview on
Israel Radio today that the most effective way to address the current
challenge of lawlessness by radical nationalists is by investing in
forensics to facilitate their successful prosecution.

And that’s a loss to all.

It is a loss to the citizens bearing the expense of actions that would not
be carried out against them if the authorities had to provide proper
compensation.

And it is a loss to society because the emphasis on denying rights over
improving police work makes it all the more likely that the actual
perpetrators of the crimes won’t be prosecuted and thus will be able to
continue their activities.

Present security conditions may make administrative detention and other
measures a necessary evil but the introduction of financial “checks and
balances” so that administrative detainees — both Israeli and Palestinian –
as well as Israelis barred from their place of residence or employment – are
financially compensated for their loss of freedom would go a long way to
insuring that security authorities think long and hard before resorting to
what should be an exceptional last resort.