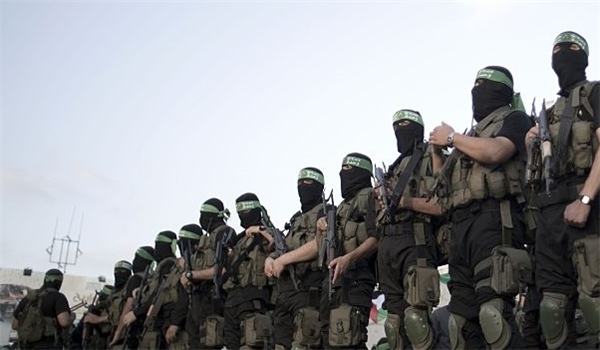 TEHRAN (FNA)- Iranian Foreign Ministry Spokeswoman Marziyeh Afkham underscored the country’s continued support for the resistance front in the region, specially the Palestinian Hamas group.
“Iran’s support for all resistance groups continues similar to the past,” Afkham told reporters in her weekly press conference in Tehran on Wednesday and in response to the question if Tehran’s supportive policy on Hamas has changed.

She underlined that supporting members of the resistance front and those who stand against the Zionist regime is a principle of Iran’s policy.

Afkham expressed the hope that the groups which stand on the frontline of war against the Zionist regime would maintain their unity and integrity.

Her remarks came after certain media reports claimed that a member of the Palestinian resistance group, Hamas, has criticized Iran for what he called as weakened support.

He made the comments after Hamas politburo member Mousa Abu Marzouk hailed Iran for its long-term and permanent support for the resistance group and the Palestinian people.

He expressed the hope that Iran would further help establishment of regional stability, and said, “Iran can play a positive role in this regard.”

In March, Deputy Politburo Chief of Hamas Movement Ismail Haniyeh underlined that the Palestinian nation and resistance movement are determined to consolidate their good relations with Iran.

“The Palestinian nation and resistance is honored by its close and intimate relations with the Islamic Republic of Iran and is resolved to continue them powerfully,” Haniyeh said in a phone conversation with Iranian President Hassan Rouhani.

Also in March, senior Hamas official Mahmoud al-Zahar underlined that the Palestinian resistance movement was determined to continue its good relations with Iran.

“The movement has good relations with Iran and it is persistent in maintaining these ties because Iran unlike others helps Hamas without expecting anything in return,” Al-Aqsa satellite television network quoted Al-Zahar as saying.

He pointed to Hamas’s relations with other countries, and said, “The movement has good relations with (other) Arab and Muslim states, such as Egypt, Saudi Arabia and the UAE as well.”