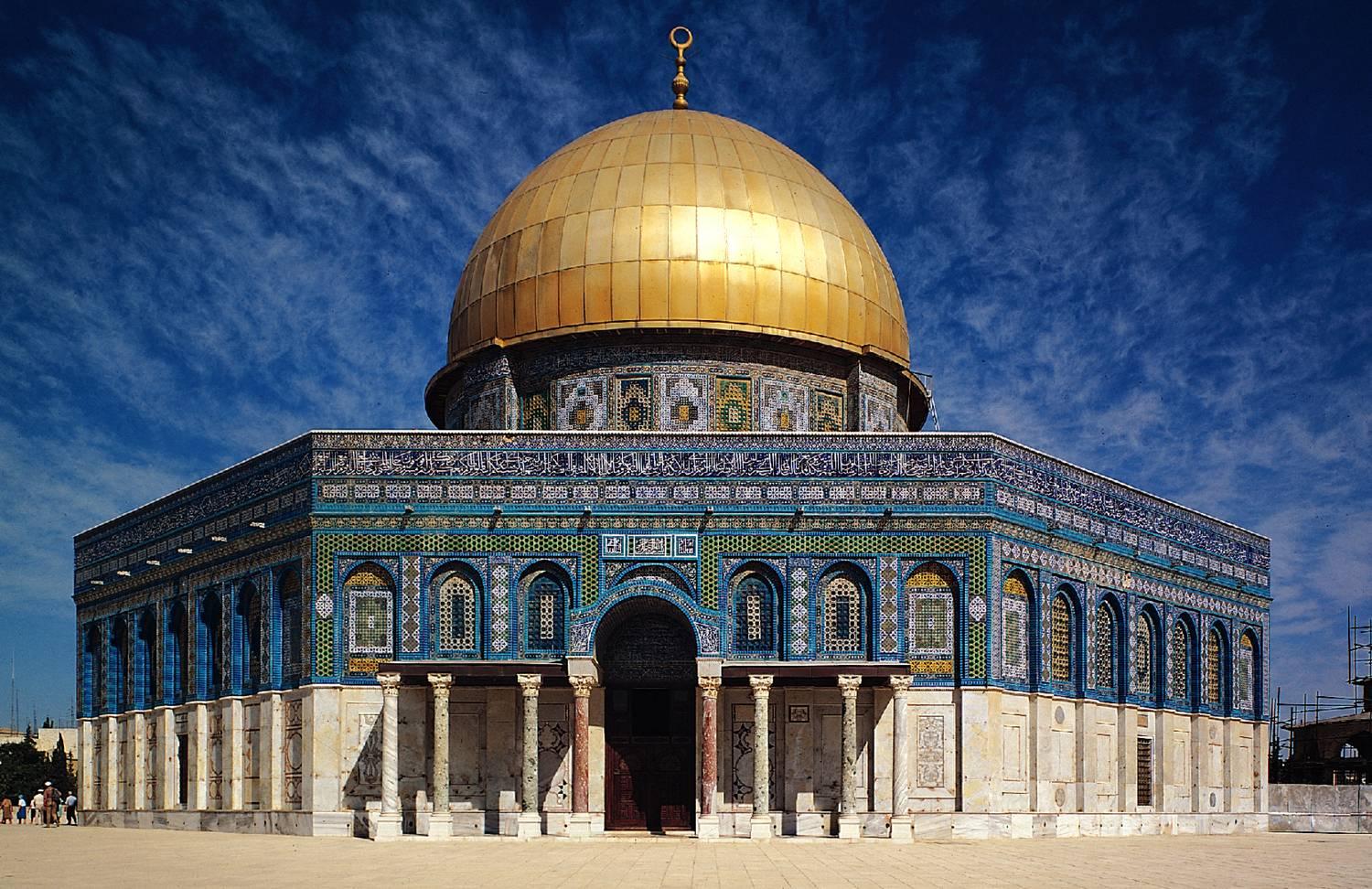 In my pre Rosh Hashanah op-ed, I explained why there was no chance of genuine peace breaking out in the year ahead…writes Michael Kuttner.

Tuning into the news after the two-day Festival it was apparent that those with whom we are supposed to make peace are as far away as ever from accepting our legitimate presence here. Not only are they increasingly intolerant it is apparent that their inability to accept the notion of what most civilized people would call religious tolerance is growing.

The whole question of accepting that non-Moslems have an equal right to freedom of worship seems totally beyond the understanding of a large swath of those who are designated by the international community as peace partners. Let me add that it is not just the refusal to allow Jews to pray at sites which have been connected to Jewish history for thousands of years but also the ongoing persecution of Christians, the destruction of their Holy Places and the wholesale slaughter of entire communities.

The bone of contention at the moment is the Temple Mount in Jerusalem. This site, as any student of Judaism or history knows, is perhaps the most important place (together with the Cave of the Patriarchs in Hebron) for believing Jews. Its link to the Jewish People stretches back to the dawn of our connection to the Land of Israel, well before the advent of either of the two other monotheistic religions. Whether during independence or in long years of forced exile Jews turned in reverence and prayer towards Jerusalem and the place where the Temples once stood.

The Romans thought that by destroying most of the city they could erase the Jewish connection but in fact it had the opposite effect. In our prayers and rituals we reinforced our link to that place so that when eventually we returned to reclaim our land we naturally gravitated towards Jerusalem, the Western Wall and of course the Temple Mount itself. During our enforced absence the Moslem conquerors had built a Mosque on the mount exactly where the Temples had once stood. It must be emphasized that Jews never sought to destroy this Islamic place but merely to visit and pray at the wall which was the only remaining remnant of the Temple period. As it turned out this desire was seen as a threat and therefore fraught with danger by those who wished to go there. By the time of the British Mandate it became increasingly dangerous for Jews to worship at the Wall and the British authorities fearful of upsetting an increasingly militant and intolerant Islamic leadership made it even more difficult for Jews to freely worship at the site.

The seeds of today’s turmoil were planted then and in order to understand what the current furor is all about it is important to know something of the facts surrounding it. Eighty years of Al Aqsa incitement has nothing at all to do with the “occupation.” The call to “defend” the Mosque against imaginary Jewish onslaughts has been used with often deadly consequences since the 1920’s. The idea that Al Aqsa is threatened by Jews is an invention that goes back to the days of Haj Amin al Husseini, the Mufti of Jerusalem, who gained notoriety as a Nazi collaborator. In the 1920’s he renovated the “Haram al Sharif” as the Temple Mount is known in Arabic and at the same time began to accuse the “Zionists” of plotting to rebuild the Temple. His incitement contributed to repeated outbreaks of violence against Jews that culminated in the Hebron massacre of 1929. Since then and right up until the present moment the same lies, hate and incitement have been the tools used by Islamic leaders to whip up the masses. Nothing in the script has changed one iota from then until today. If you need further proof take a look at this very latest evidence provided by courtesy of PMW.

For those who still believe that Abbas is our only hope take a look at this PMW link just released.

During the period when Jordan illegally occupied the old city of Jerusalem (1948-1967) not only were Jews ethnically cleansed and their properties stolen they could not even make pilgrimages to the place. Apart from anything else all Synagogues were destroyed (the Arab version of Kristallnacht). This example of Islamic intolerance caused no revulsion or demands for freedom of worship on the part of the international community or Christian Churches. After all it was only Jews being denied access to their most holy places and therefore this gross violation of basic human rights could be safely ignored.

After the restoration of Israeli sovereignty in 1967 Moshe Dayan the Defense Minister, in a gesture which he thought would gain Israel applause from the rest of the world, granted the Moslem religious authorities sole jurisdiction over the Mosque and by extension over the Mount itself. This act of unmitigated folly laid the foundation for subsequent Islamic terror tactics. The results can be clearly experienced today. Jews have no desire whatsoever to enter the Mosque, pray there or even replace it. Although we believe that one day the Temple itself will be restored on its original site nobody except for a few fringe groups believe this will happen before the Messianic age arrives. Nevertheless despite proof that destroying Moslem places of worship has never been on the agenda of Judaism (as opposed to actual such occurrences carried out by Islam and Christianity) wild accusations of such plans abound in the Moslem and Arab world.

One of the most bizarre and disgusting results of the Islamic control of the Temple Mount are the restrictions on access to Jews who wish to visit the Mount itself. In addition Jews are forbidden to utter any prayers while on the Mount and even moving one’s lips can result in summary arrest by the Israeli police who enforce this blatant example of discrimination. Just imagine – a Jew visiting Judaism’s most holy site is forbidden to display any sort of religious expression. As many Jews begin to revolt against this, the incitement increases. Encouraged by a newly empowered Iran (thanks to Obama & Kerry) and whipped up by a religious and political leadership eager to use any method with which to attack and slander Israel, the Palestinian Arab mobs have increased their verbal and physical attacks against Jewish worshippers who wish to visit the Temple Mount.

Following in the footsteps of the British Mandatory authorities whose desire to appease Arab mob violence took precedence over Jewish civil rights, the international community today reacts in exactly the same manner. While Israeli security forces enforce measures to prevent and punish those causing mayhem, the USA, EU and of course the UN, demand restraint and insist that nothing be done to provoke violence. They even claim that Jews who pray there are liable to cause mayhem in the region, as though that doesn’t already exist. Stripped of its diplomatic hypocrisy this means that Jews should stop provoking things by visiting and wanting to pray in a place so fundamentally sacred to them. Jordan, that flawed custodian of religious freedom, threatens drastic action which given its own past sordid behavior is the height of hypocrisy. The Arab League, most of whose members wouldn’t know what religious freedom was and certainly don’t practice it, have now jumped on the bandwagon as well. The upcoming session of the UN General Assembly will undoubtedly witness another torrent of vile slander against the Jewish State all of it aided and abetted by the continuing shameful double standards emanating from Washington and other capitals.

It’s time that this farce is once and for all brought to a halt. We need, rather belatedly, to assert the rights of every religious believer to pray unmolested at their holy places.

As we recite the Avinu Malkeinu prayer during these days the plea for God to “nullify the thoughts of those who hate us, thwart the counsel of our enemies and seal the mouths of our adversaries and accusers” seems more relevant than ever.

Often the Lord helps those who help themselves. Now is the time to act decisively and restore freedom of worship for Jews in their own country.