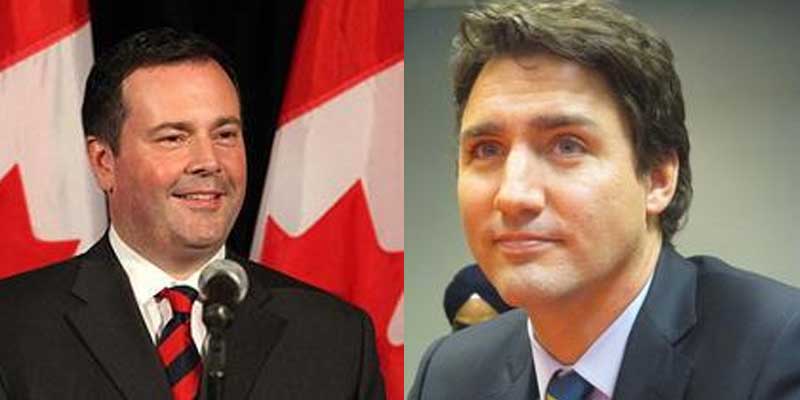 When Liberal Leader Justin Trudeau was in Winnipeg in August to meet with the ethnic press, the Winnipeg Jewish Review asked Trudeau about his position on the Iran deal.In response, Trudeau said “…There is reason to be cautiously optimistic about this deal. ..I have always been hopeful that the P5 + 1 process would result in a deal, and I think this deal is certainly better than no deal at all, and I am cautiously optimistic that as Iran abides by the terms of its deal we are going to get more distance from a nuclear Iran which is excellent.”

When Minister of Defense Jason Kenney spoke at Chabad-Lubavich earlier this month, the WJR asked him if he, like Trudeau, was cautiously optimistic about the nuclear deal with Iran.

Kenney responded that he had a far more pessimistic view of the deal: “Of course we hope that if this agreement is ratified and goes forward that it will curtail or at least delay Iranian nuclear weapons program but, I would say that our view is one of pessimism more than optimism based on Iran’s actions and the nature of the deal.”

Regarding sanctions, Trudeau noted that “As Obama has said the deal is based not on trust but on verifications. In order for those sanctions to be lowered by the international community Iran has to make a number of very clear targets around access to its nuclear facilities and around fulfilling its obligations and that is certainly something we are in line with the international community on.A nuclear armed Iran is a threat not just to the region and not just to Israel but to entire world, and that’s why its important that we ensure that”

The Winnipeg Jewish Review noted that in Israel there is great concern about the deal essentially being a capitulation to Iran. Israelis and others in the West fear that the deal with Iran will strengthen Iran’s terrorist activities in the region, and puts a lot of money in Iran’s hands to pursue these activities.

Trudeau responded, “I understand that concern, but I think the concern of not having a deal where the alternative seems to be, that the only other way would be heavy handed military intervention, I am going to side with international community that feels that this is the step in the right direction. I very much understand Israel’s concerns but I certainly am looking forward to the important milestones around verification that will demonstrate that this deal is in the best interests of the international community.”

In his response to the WJR, Kenney read out the statement of Foreign Affairs Minister of Affairs Rob Nicholson, issued on July 14, shortly after the deal was announced:

“Iran continues to be a significant threat to international peace and security owing to the regime’s nuclear ambitions, its continuing support for terrorism, its repeated calls for the destruction of Israel, and its disregard for basic human rights.

“We will examine this deal further before taking any specific Canadian action.”

Kenney added, that the Harper government “will continue to maintain our sanctions on Iran unless or until we see serious concrete measures and the Prime Minister said that we look at Iran holistically …We look at the broader intent of the regime’s stated policy intentions of destroying another member state of the United Nations . We look at their Human Rights record which is one of the worst in the World.”

Prior to being in Winnipeg, Trudeau had said that that a Trudeau government might re-open Canada’s embassy in Iran, which attracted attention in the Jewish community (To see his full comments about this, see two articles in the Canadian Jewish News, “Liberal Party Defends Trudeau Statements”, and “Trudeau tells Shul Audience he Might Re-open Iran Embassy” http://www.cjnews.com/canada/liberal-party-defends-trudeau-statements-iran http://www.cjnews.com/canada/trudeau-tells-shul-audience-he-might-reopen-iran-embassy).

In his response to the WJR’s question about the Iran deal, Trudeau raised the issue of Canada re-opening its embassy in Iran:

“I agree with the aspirational goal that it would be nice to re-open our embassy but before we are able to re-open that embassy Iran needs to make significant progress not just in terms of the nuclear deal but in terms of not being such a state sponsor of terrorism.

“Their involvement in terrorism around the world as a regime is absolutely unacceptable from Hamas to Hezbollah to many others and we need to see Iran step away from that kind of behaviour.

“We also need to see a cease of the repression of opposition groups within Iran, human rights violations. These are all the things that we’re going be looking for in terms of our desire to bringing Iran into the community of nations in a responsible way.”