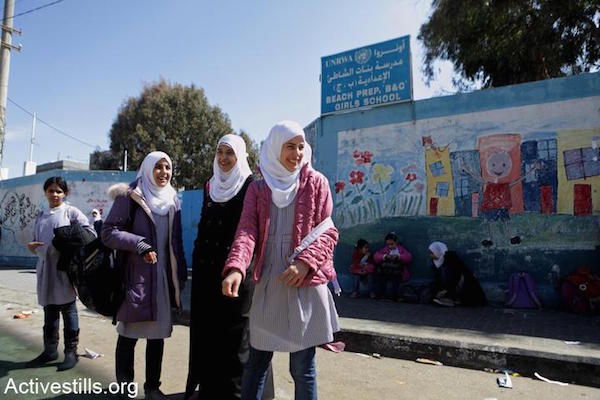 Cash shortages at UNRWA distract from the wider issue: it is the lack of a diplomatic solution, not funding, that leaves Palestinian refugees vulnerable.

In the end, it was the catastrophe that wasn’t. For a nervy few weeks it seemed a severe funding shortage would delay the school year for half a million children reliant on the UN agency for Palestinian refugees (UNRWA). Then, a predictable last-minute rush of donations closed the gap and Palestinian refugee children went back to school across the Middle East.

The reasons for the funding shortage seemed clear: deepening crises across the Middle East, in particular the Syrian civil war that has diverted international attention and resources; the ever-increasing number of refugees due to the uniqueness of how Palestinian refugee status is passed down through generations; and an overall decrease in charitable donations (not just to UNRWA).

Yet the desperate fundraising drive this summer masked the fundamental underlying problem: the Palestinian refugee situation is unsustainable and UNRWA’s services, while critical, cannot turn into a permanent solution.

At the time of the funding shortage, a number of leading Palestinian rights NGOs released a position paper arguing that, without diminishing the importance of UNRWA to Palestinian refugees, “the present crisis goes far beyond the issue of cash flow.”

“What recent developments reveal is an existing approach to the protection of Palestinian refugees which is fundamentally flawed and entirely unsustainable,” continued the statement by a consortium of Palestinian NGOs, including Addameer, Al-Haq, and BADIL. “The pressing question must surely not be how the steady increase in demand for essential services can be met, but rather how this demand can be reduced.”

BADIL in particular is concerned that the Palestinian refugee problem “is being looked at as a cash-flow crisis when in fact it is something much more structural,” explains Simon Reynolds, a resident of the Bethlehem-area Aida refugee camp and the legal advocacy coordinator for BADIL. The structural aspect is a refugee situation that has been going on for 67 years. Funding shortages simply expose the fundamental frailties of a system cracking under the weight of its ever-lengthening mandate.

UNRWA was established in 1949, a year after Israel’s establishment set off the Palestinian refugee crisis and two years before the Refugee Convention that created the UN’s main refugee agency, UNHCR. It was only ever intended as a stopgap measure, an emergency response to the mass displacement.

Yet nearly 70 years later, with an ever-growing number of Palestinian refugees and a seemingly endless military occupation, UNRWA’s mandate has been distended by a state of permanence it was never supposed to acquire.

Precisely because UNRWA was never meant to exist for this long, the foundations for longevity and expansion are simply not there. No matter how many times UNRWA is propped up, it will continue to totter. At the same time, developing the agency into a permanent fixture is not the answer: to do so would signal an acceptance that the Palestinian refugee crisis is an irreversible fact rather than a yet-to-be-resolved historical injustice. That double-edged sword is only sharpened by the fact that Israel advocates shutting the organization entirely. And yet, quite understandably, Palestinian refugees’ ire at gaps in UNRWA’s services is generally expressed via protests against the agency, rather than against the failure to reach a political solution that would resolve their displacement. And while there is recognition of and great appreciation for the assistance UNRWA provides, people question the agency’s genuine understanding of the issues facing Palestinian refugees.

“People here are very optimistic and hopeful about the tiniest bit of support they get from UNRWA,” explains Eman Basher, of Jabaliya refugee camp in Gaza. “But they condemn its lack of awareness about the situation around them.”

For all the criticisms and expectations, UNRWA cannot hope to protect and provide for Palestinian refugees indefinitely. It does not, as the Right frequently argues, bear sole responsibility for prolonging the Palestinian refugee crisis. On the contrary: it is the ongoing lack of a political solution — a process in which UNRWA’s mandate does not allow it to participate — that has dragged the agency, and by extension the Palestinians reliant upon it, into this quagmire.

Palestinian refugees’ long-term needs will only be met by a comprehensive solution which, Reynolds stresses, must address the “inalienable right of Palestinian refugees to return to the land from which they’ve been displaced on an ongoing basis since 1948.”

Addressing the root of the Palestinian refugee problem