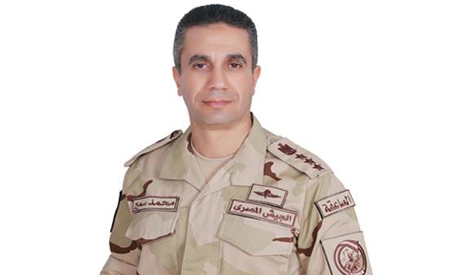 Egypt’s military destroyed in November 2015 a total of 20 smuggling tunnels connecting the Egyptian border with the Palestinian Gaza Strip in November 2015, military spokesperson Mohamed Samir said in a statement on Monday.

The army said that the nationwide search patrols made in November 2015 lead to the confiscation of 478 weapons of various types and 530 assorted ammunitions including a large amount of explosive material.

The military provided a map of areas where the weapons were seized, including Matrouh near the Libyan borders, Siwa Oasis located south of Matrouh, Ismailia at the west bank of the Suez Canal, the Red Sea’s Zaafrana, and other areas.

The spokesperson also announced the arrest of 610 illegal migrants of various nationalities during the same month.

The statement included a map showing where the illegal migrants were apprehended. These areas included Matrouh, Saloum, Siwa Oasis and Raas El Hekma near the Libyan border, and Al Qusair on the Red Sea.

The destruction of smuggling tunnels connecting the Israeli-besieged Gaza Strip with the Sinai Peninsula is one of several counter-terrorism initiatives taken by the Egyptian government in recent years.

Egypt sees the tunnels as a passageway for arms and militants it has been fighting in North Sinai, posing a risk to the country’s security.