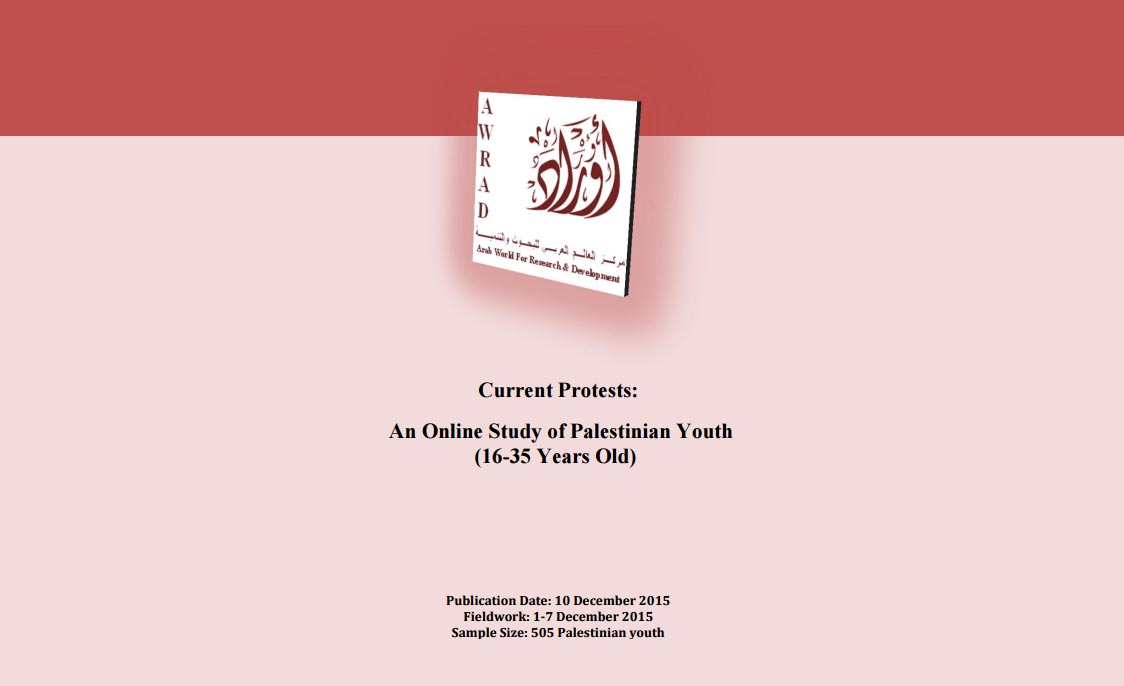 Introduction: From December 1-7, AWRAD conducted a specialized public opinion survey targeting Palestinian youth. The goal of this survey was to assess current perceptions regarding the wave of protests that has occurred in the West Bank and Gaza Strip (WBG) since September 2015, as well as a variety of other themes related to the lives of youth. The poll targeted 505 Palestinian men and women between the ages of 16 and 35, both inside and outside of the WBG.