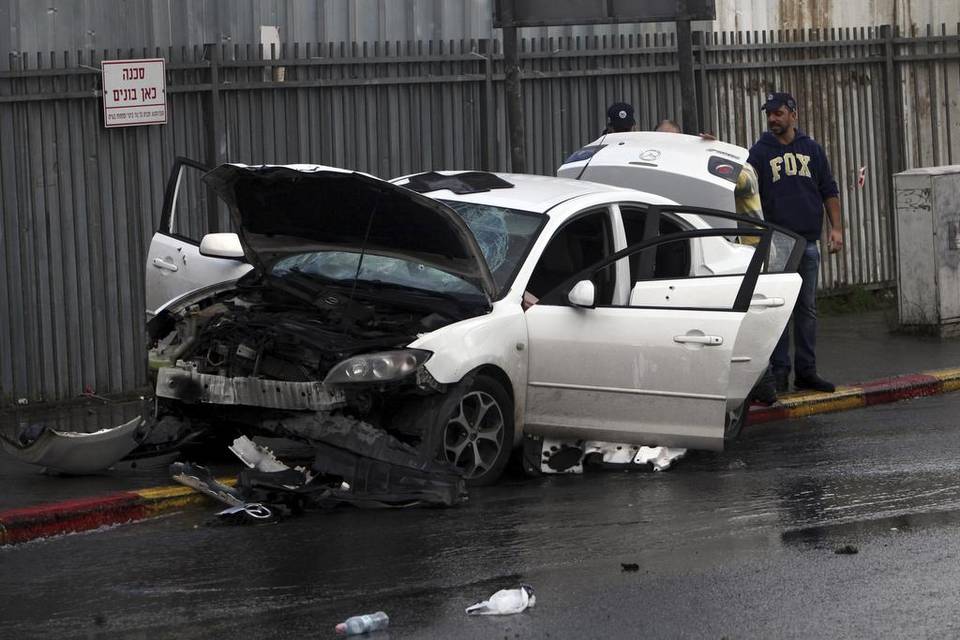 Israeli leaders have accused Abbas and other Palestinian leaders of inciting the violence with incendiary rhetoric. Abbas has previously refrained from either endorsing or condemning the attacks, often referring to the wave of violence as understandable but not in the best interests of the Palestinian people.

“We cannot ask the youth why they are going out (to revolt),” Abbas said in Ramallah. “They just despaired of the two-state solution.”

A poll released Monday found that two-thirds of Palestinians support the current wave of stabbings. Most Palestinians believe if the current individual attacks develop into an armed intifada, the violence might serve Palestinian national interests more than negotiations would.

Khalil Shikaki of the Palestinian Center for Policy and Survey Research conducted the survey, with a sample size of 1270 and a 3-percent margin of error.

Monday’s ramming is the latest in a three-month period of near-daily bloodshed. Since mid-September, Palestinians have killed 19 Israelis in stabbing, shooting and vehicular attacks. At least 113 Palestinians have died by Israeli fire in the same period, of whom 76 are said by Israel to be assailants. The rest were killed in clashes with Israeli security forces.

In Monday’s attack, Abed Almohsin Hassoneh, 21, from the east Jerusalem neighborhood of Beit Hanina, barreled his white Mazda into a bus stop on a crowded thoroughfare at the western entrance to the city, according to police spokeswoman Luba Samri. She said police found an axe in Hassoneh’s vehicle, suggesting he intended to attack Israelis.

“There can never be justification for wanton attacks on civilians like we saw today,” said Israeli government spokesman Mark Regev.

Although Palestinians agree with the message issued by Abbas, support for the aging leader is dwindling. The poll found that 65 percent of Palestinians believe Abbas should resign. A similar figure supported his resignation in a poll released three months ago.

Barkat praised the “immediate alertness” of bystanders who averted “a grave tragedy.”