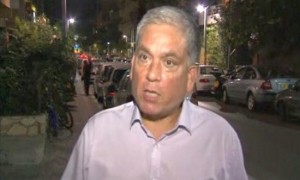 The group called on U.S. Ambassador Samantha Power to “take remedial measures against UNRWA and its spokesman Chris Gunness for engaging in partisan advocacy—breaching its neutrality promise under the 2015 UNRWA-U.S. Framework for Cooperation.”

The watchdog said Ambassador Power should also condemn UNRWA for violating UN resolutions that require the agency to provide humanitarian services in line with the principles of “neutrality and impartiality.”

UNRWA spokesman Chris Gunness made the demand on Thursday on Twitter, claiming an “amazing lack of context” in the BBC report, and alleging that it “needs correction.”

UN Watch blasted spokesman Gunness, saying he “notably did not ask BBC to mention murder, persecution and ethnic cleansing of Christians in Palestinian areas and throughout the Middle East, as documented before the UN in compelling testimony by Father Gabriel Naddaf, who noted that “Israel is the only Mideast country not persecuting Christians.’”

The watchdog said its statement was part of a sustained effort to hold UNRWA accountable for its anti-Israel advocacy. In October the group released a report documenting at least 10 different UN staffers who used social media to incite racial hatred, antisemitism, and Palestinian stabbing and shooting attacks against Israeli Jews. That same month UNRWA admitted that “in a number of cases” its employees were subjected to disciplinary action, and several were suspended.