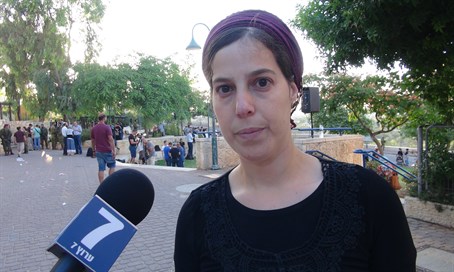 Esther Mirom, the director of the Harikud dance national studio in which Hallel-Yaffa Ariel participated, told Arutz Sheva about her talented student who was viciously murdered on Thursday.

The evening before Ariel’s death, she performed in Jerusalem as part of a performance that traveled around the country. “We were in Orot. There was an unbelievable show – people really went wild and Hallel also enjoyed herself. Hallel was part of the dance family. Her last performance was sort of a graduation party.”

The terrorist who killed Ariel broke into her family’s home in Kiryat Arba, then proceeded to lock himself in Hallel’s room and stab her repeatedly. He was later killed by security forces.