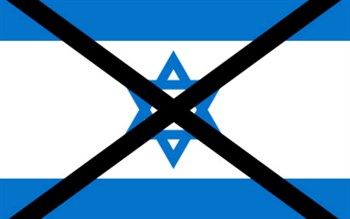 U.S. tax dollars are paying for hateful anti-Semitic curriculum in United Nations Palestinian Authority schools, as the Obama administration reportedly refuses to offer transparency or responsibility in the matter.

Efforts by InterMountain Christian News correspondent and White House news reporter Dr. Anthony Harper led to Sen. James Risch (R-Idaho) sending the White House a demand letter asking the Obama administration about its use of U.S. tax dollars to fund anti-Semitic material in the U.N.’s schools for the Palestinians. Nevertheless, none of the concerns brought before it were candidly addressed.

Upon the return of President Barack Obama and Vice President Joe Biden from their Middle East tour in March 2016, Harper — as a member of the White House press pool — asked their spokespeople a straightforward question about the state of the Palestinian Authority (PA) school system and its curriculum used to teach the half-million students in the U.N. Relief and Works Agency (UNRWA).

“While there is still work to be done, the Palestinian government has made significant progress in reducing inflammatory rhetoric and revising official textbooks,” the White House spokespeople commented to Harper. “Over the past few years, the PA has helped improve the Palestinian curriculum, including textbooks that discuss human rights and the Holocaust, which has contributed to a better education for young Palestinians.”

Despite evidence to the contrary, the spokespeople for the president and the vice president insisted that the education materials were not problematic in nature.

“The Palestinian curriculum is transparent, and all textbooks are available for review in Arabic on the website of the official Palestinian Curriculum Development Center,” they continued. “The Government of Israel even approves of and utilizes the Palestinian texts for schools in East Jerusalem.“

Bedein, on the other hand, argues that president’s and VP’s spokespeople are clearly wrong.

“Consider the evidence that points in the other direction,” prompts the Middle East analyst, before listing off six points of contention:

Even though Harper believes that key members of Congress are fearful President Obama would initiate an investigative hearing over the matter — and keep hidden from Americans how their tax dollars are actually funding anti-Semitism — Bedein is confident that democracy in the U.S. will ultimately win the day.

Bedein — who is working with Harper to try and push Congress to start its own investigative hearing about U.S. tax dollars funding the anti-Semitic curriculum in U.N. PA schools — says it is fortunate that the U.S. Constitution relies on its system of checks and balances in the formulation of U.S. foreign policy.

“From my informal meetings with officials of the all-powerful Middle East Subcommittee of the U.S. House Foreign Affairs Committee and the Near East U.S. Senate Subcommittee of the U.S. Senate Foreign Relations committee, I can report with authority that there is readiness on the part of the U.S. Congress to challenge U.S. government assertions about Palestinian education, as taught in U.S.-funded UNRWA schools,” the pro-Israel leader based in Jerusalem shared.

He went on to divulge those who will help determine the fate of taxpayers’ funds in the Middle East.

“Two key elected officials in the U.S. Congress must soon decide as to whether they will ask the GAO, the respected U.S. General Accounting Office, to issue an independent report on the state of PA/UNRWA education,” Bedien announced. “Those officials are: Sen. Jim Risch, (R-Idaho), head of the Near East U.S. Senate Subcommittee of the U.S. Senate Foreign Relations committee; and Rep. Ileana Ros-Lehtinen, chair of Middle East Subcommittee of the U.S. House Foreign Affairs Committee.”

The Middle East expert hopes that America will take notice of what’s taking place on Capitol Hill regarding the government’s contribution to hostile anti-Semitic education, rather than investing all their time and interest in the heated Donald Trump vs. Hillary Clinton rivalry for the White House.

“With almost all political eyes focused on the U.S. presidential election, the time has come to focus attention on these powers that be in the U.S. Congress, so that elected officials on Capitol Hill will advise and consent the U.S. government and uphold the values of the U.S. Constitution,” Bedien asserted. “The moral principles of the American people would never allow a war curriculum to be funded by the U.S. government.”

He urges Americans to keep tabs on the UNRWA policy reform and urge government officials to do the right thing by taking steps to put an end to U.S. funding of anti-Israeli rhetoric in U.N. Palestinian Authority schools.