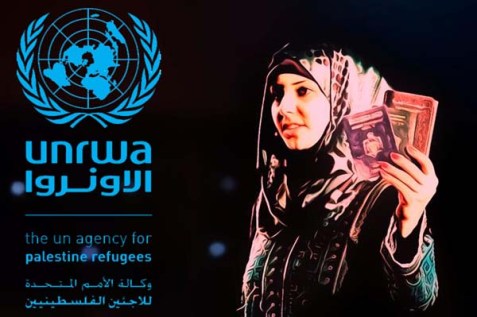 Both houses of Congress are at work to modify funding bills for the United Nations Relief and Works Agency (UNRWA), as part of an effort to investigate the very legitimacy of the decades-old agency, Michael Wilner reported in the Jerusalem Post Friday. Both the House and the Senate want the State Department to, once and for all, define the term “Palestinian refugee,” and while they’re at it, reveal how many are receiving aid from UNRWA.

UNRWA was established in 1948 to assist the 750,000 Palestinians who had left Israel. Since then UNRWA has been a promoter of the Palestinian cause, funding as many as 5 million “refugees,” the majority of whom never left the homes where they were born in the Gaza Strip, the “West Bank,” eastern Jerusalem, or other Arab countries, to the tune of $1.23 billion annually, $250 million of which is donated by US taxpayers.

Many in Congress have been saying, since about 2012, that the majority of Palestinians are permanently settled, and should not be under the jurisdiction of a refugee agency.

Needless to say, Wilner points out, “such a finding would fundamentally change the narrative of the decades-old conflict.”

The first Palestinian census was completed 15 years ago, and the head of the Palestinian Central Bureau of Statistics (PCBS) admitted then that the census was, in effect, “a civil intifada” rather than a scientific survey. In 2011 the Bureau attempted to correct that blatant misrepresentation, claiming that 2.6 million Palestinian Arabs inhabit Judea and Samaria.

But Israeli demographer Yoram Ettinger challenged those numbers, claiming they overstated the real number of Arabs there by as much as 66%. He explained that the PCBS’s total counts 400,000 Palestinians living overseas, and double-counts 240,000 Jerusalem Arabs. It also undercounted Palestinian emigration.

In 2014, UNRWA came up with the figure of 5 million Palestinian refugees living in Gaza, Judea and Samaria, Jordan, Syria and Lebanon, and the US responded by providing hundreds of millions of dollars for UNRWA’s health, education, and social service programs.

“UNRWA is sort of becoming an entitlement program of the Middle East, and the desire is to increase transparency on who actually are refugees relevant to that conflict,” a senior Senate aide familiar with the language told Wilner, suggesting the new bill “goes to the heart of the debate over UNRWA funding.”

Republicans in both houses have launched parallel efforts to compel the State Department to go on the record with who qualifies as a “Palestinian refugee,” and the combined version of the law, once passed, will compel the secretary of state to provide “a justification of why it is in the national interest of the United States to provide funds to UNRWA.”

The bill’s language continues: “Such justification shall include an analysis of the current definition of Palestinian refugees that is used by UNRWA, how that definition corresponds with, or differs from, that used by UNHCR, other UN agencies, and the United States Government, and whether such definition furthers the prospects for lasting peace in the region.”

And, naturally, “the committee directs that such report be posted on the publicly available website of the Department of State.”

Finally, it should be noted that there are two distinct definitions of the term “refugee” in international law.

It is rare for a refugee status to extend beyond the lifetime of the original refugee, because normally it is expected that their offspring will have settled someplace else.

About the Author: JNi.Media provides editors and publishers with high quality Jewish-focused content for their publications.