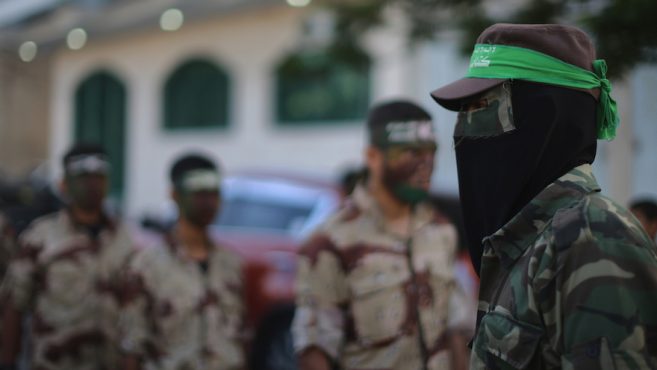 [There is some doubt  raised in this news story about how Australia can monitor humanitarian aid to UNRWA and other NGO’s from being stolen, as if the only way to monitor for theft would be “hidden cameras”. The option that the donor nation can use is to  obtain testimony from Arab doctors, nurses and social workers – David

The Australian government should wise up to the realities of Gaza and only restore funding to World Vision if it can track its money, Israeli experts are claiming.

Australia had given World Vision around $5 million for humanitarian work in Gaza over the past five years, but froze funding earlier this month after its local director Mohammad El-Halabi was charged by Israeli authorities with siphoning millions to Hamas.

World Vision has halted operations in Gaza in the wake of the scandal, but is expected to restart them after an internal investigation and clean-up – and expected to request the restoration of funding.

But Israeli experts on Palestinian-bound aid say that Canberra must not be swayed by likely promises of invoices and paperwork, and must insist on – or actually implement itself – unprecedented monitoring.

Gerald Steinberg, president of the NGO Monitor watchdog organisation, told The AJN that Canberra should not donate a dollar until aid consignments are monitored with cameras and microphones. These could be used to check the whereabouts of goods such as building materials and food, to check that they are not transferred to Hamas, either for the terrorist organisation’s own use or for its operatives to sell to raise money – as has allegedly happened in recent years.

“Technology should play a part in a plan for oversight of aid,” Steinberg said, adding that this should be adopted by other charities too. “Technology for video and audio is very cheap. It won’t give full guarantees, but it makes it harder to steal aid.”

He added: “Operating in a place run by a terrorist organisation like Gaza you have to go in with your eyes wide open.”

As the likes of Steinberg have been making their suggestions for avoiding repeats of the alleged World Vision scandal, some scholars have been outlining just how difficult it is, in general, to know where Gaza-bound aid from both charities and governments actually ends up. The World Vision scandal is likely to be “the tip of the iceberg”, said Hebrew University professor Avraham Sela, adding: “I’m not sure how big the iceberg is.”

Sela told The AJN that the problem has grown in recent years as the Hamas regime has become increasingly -cash-strapped. Aid organisations, with their large budgets, are magnets for Hamas funders, who are experienced at devising ways to get their hands on their money.

“Hamas is in a very dire situation financially because smuggling tunnels have been closed [by Israel and Egypt],” said Sela. “This kind of way of extracting money [from aid organisations] as well as smuggling and channelling funds from international funds are becoming more common – I don’t think [Hamas] have any choice.”

Steinberg thinks that to keep aid money away from Hamas, in addition to technology, aid organisations should increase transparency and employ more people who aren’t Gaza citizens and therefore subject to the strong arm of Hamas.

He said that Canberra’s list of demands for any renewal of Gaza-bound funding to World Vision should include a detailed plan for how all money would be transferred and used, and should guarantee that non-Gazans are involved in checking that this is implemented. World Vision has stressed that it is audited by PricewaterhouseCoopers, but Steinberg thinks this is not enough. “Simply saying that we are audited does not equal transparency,” he commented.

He also said that cash transactions, which account for huge amounts of aid organisations’ spending in Gaza and which are especially easy cover for siphoning, should be reduced.

David Bedein, director of the Jerusalem-based Centre for Near East Policy Research, goes further than Steinberg. He said that money should never flow from Canberra to Gaza via World Vision unless every dollar is earmarked for a particular purchase or event and Australian officials are on the ground checking each and every outlay.

“Let’s say that Australia gives $1000 for a medical device at a clinic – make sure it gets there and regularly check that it’s not been stolen,” he suggested. This kind of verification must be done by representatives of the Australian government, he insisted. “You cannot rely on the charities themselves because they have shown themselves to be unreliable.”

Sela fears that, despite suggestions like Steinberg’s and Bedein’s, Hamas’s desperation for money and the chaos of Gaza are so great that attempts to track donations and eliminate siphoning are doomed to failure.

“You can’t put cameras everywhere,” he said. “Even monitoring all these cameras would be impractical.” He is similarly sceptical of other suggestions, and said that his advice to Canberra would be: “Unless you, the Australian government, not only give the money but also see it implemented, so you say that with a new clinic or water pump that ‘I’ll supervise it and put it in place,’ then [transparency] is not practical.”